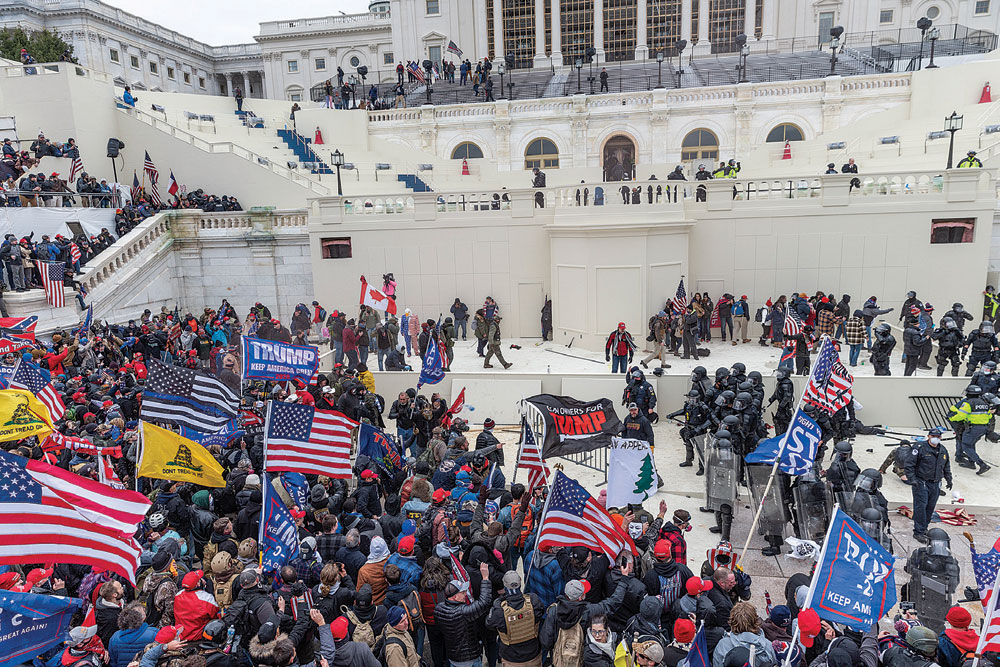 
The wisdom of hindsight flowing out of all sections of US public opinion after January 6th is astounding. The latest discovery is that “It is not a mystery how we got here.” It took them four years to see where America was heading and there were many opportunities to change the course. The whole world, which had no say in the matter of either electing Donald Trump or ousting him, kept hoping that a mature democracy would have its own mechanisms to correct the mistake of electing him by either changing his ways through the various checks and balances in the American system of governance or removing him. But he was allowed to behave like a bull in a china shop, as though the broken artefacts would not make any difference to the polity or the people. Today, after all the damage is done, America is running helter-skelter to bury him deep to forget the nightmare.

Why the US did not have the foresight to see the fire and the flood engulfing it till January 6th is indeed a mystery. The election campaign in 2016 itself was a disaster, with Trump’s personality on display, revealing himself as a businessman who was offering himself to lead the US and the world. It was no secret that his motivation to contest was to acquire the only thing he had not enjoyed—political power. He enjoyed the power of money, the power of masculinity and the power of media, and what remained was the power of running the US government without any experience of managing even a municipality. He made no secret of his ambitions, but everyone trusted the judgement of the US not to hand the country over to such a person. Everyone sat back predicting that he would lose, a wish rather than a calculation.

Unnoticed by the intelligentsia, Trump slowly built his own constituency, not through the Republican Party,  but through white supremacists, disgruntled elements, domestic terrorists and blind believers who thought that Trump was their destiny to make America great again. Most people did not see that what he wanted was to make himself great by any means. The Republicans stood by him to keep the illusion of party unity even after the House of Representatives had impeached him. Not a single Republican in the House had voted against him. Now, with the wisdom of hindsight, at least 10 Republican members of the House have voted against him, but the Senators are still wondering what to do when a former president comes up for conviction and possible disqualification from running for public office.

A democracy is meaningful only if it has the capacity not only to elect its leaders but also to recall them when they are found to be wanting in the qualities expected of them. The elaborate procedure for impeachment set out in the US Constitution is well thought-out, with the necessary safeguards. What was required was the judgment beyond party considerations to save the country from a harmful president. The 25th Amendment, enacted after the assassination of President John F Kennedy, was devised to meet the contingency of keeping a president in office even after he had lost the capability of performing his duties. The US Congress could not have been unaware of the fact that Trump had lost the ability to govern within months of the election of 2016. There were protests about Russian intervention in the elections even when Trump was being sworn in. That allegation was more serious than all the charges that Trump has made about Biden stealing the election. The subsequent investigation indicated that the Russian role was real, strengthened by the fact that Trump paid extraordinary obeisance to Putin at their first meeting.

The world was aghast at Trump’s attitude towards his most valuable allies. NATO was in tatters, Canada was humiliated, and he went on to woo China and North Korea with no apparent benefit to the US. He walked out of carefully crafted international agreements without finding any alternatives. The world had faith in the resilience of American democracy to expect that he would be either corrected or removed before he turned the world upside down. The political parties in the US have only themselves to blame for closing their eyes to the US losing its leadership of the world. In a rather strange way, the world passed a no-confidence motion on Trump when the whole UN General Assembly burst into laughter when he claimed in an address that he was the best president the US had ever had. Trump himself was taken aback by the unanimous judgment on him and even stated that he had not expected such a reaction. But what was more surprising was that the American public took no notice of the global condemnation of their president.

Even if we give the benefit of doubt to US public opinion that it did not have any evidence of the president’s wayward ways, the massive literature generated by people who knew him intimately like Mary L Trump, his niece, a trained psychologist, who diagnosed his sickness and called him the “World’s Most Dangerous Man”, should have convinced the reading public to make a judgment.

There were equally damaging writings about Trump and his ways. Peter Oborne and Tom Roberts published soon after the inauguration, an anthology of Trump’s bird-brained tweets. Tim Alberta’s American Carnage exposed the Republican Party’s surrender to Trump’s hostile takeover of their party and how it struck ‘a deal with the devil’. Michael Wolff’s Fire and Fury revealed that there was complicity between Trump and journalists: ‘Trump wants publicity, the hacks want copy: the two sides have a smelly mutual dependency, and no one escapes unbesmirched.’ Ben Fountain brooded about an ideal America that Trump had defiled and debased, perhaps irreparably.

If all these were not enough to wake up lawmakers, the reckless and callous attitude Trump adopted towards the coronavirus through acts of omission and commission should have got him an Article 25 ouster. He is now leaving a legacy of thousands of Americans deaths, still surging. Perhaps, Trump would have won the election if there were no pandemic, but the election defeat is not adequate punishment for the dance of death we are still witnessing in the US. It was much worse than the armed insurrection allegedly staged to overturn the election results.

It took the Republicans a massive attack on Capitol Hill and five deaths, incited by a serving president, to take action against Trump. With the wisdom of hindsight, they are regretting that they did not act earlier to stop the carnage of lives, livelihoods and the loss of international prestige. Trump had openly incited violence from the day of the election and there was no secret that he exhorted his supporters to go to Capitol Hill to prevent the joint session of Congress from certifying the results. But adequate measures were not taken to prevent the attack. There is even suspicion that some in the law enforcement authorities colluded in it. Now that the horses have bolted, the barn is being locked. The whole country is on alert to prevent bloodshed, but perhaps Trump may keep his promise and allow a peaceful transfer of power. Trump has the habit of keeping his promises, good or bad. 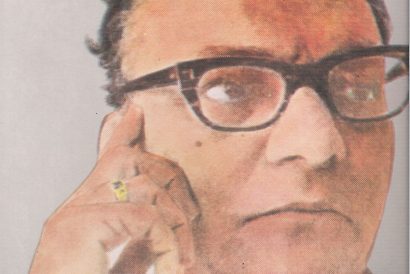