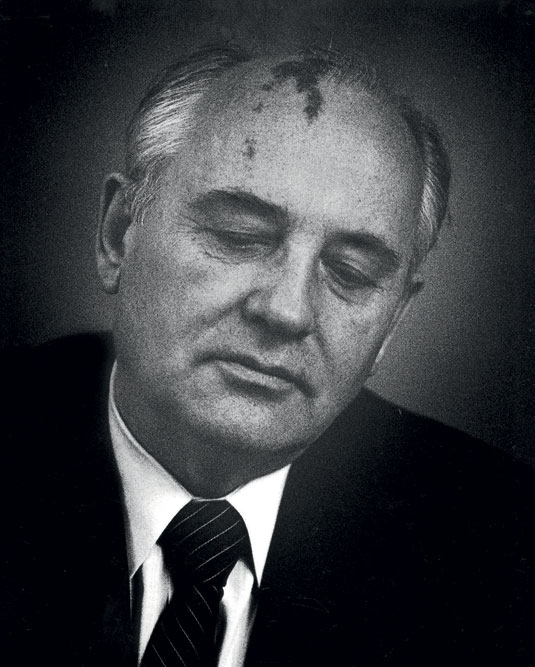 
SOME MEN MAKE history only to be waylaid by its furies. Mikhail Sergeyevich Gorbachev (1931-2022), the last General Secretary of the Communist Party of the Soviet Union, began the humanisation of an empire built on terror, and freedom made him redundant as he resisted its flow. He was schooled in an ideology that needed sealed minds as a prerequisite for building heaven on the wretched Earth, but he dared to open the closed doors of a moral system he had not abandoned till the very end of his life. He was the believer who had the courage to unlearn and deviate from the manuals of his political ancestry. In an old Oliphant cartoon, he was the Mikhailangelo who wanted to sculpt a new Soviet Union, but the cracks were on the sculptor himself. Gorbachev was the choreographer of his own retreat in the larger drama of liberation.

He gained the crown, earlier worn by dour and mostly doddering apparatchiks, in the last decade of the Cold War, in the mid-1980s, and it was his brief, as it was his predecessors’, to preserve the flame of socialism, to carry on with the war on the counterrevolutionary concept of capitalism, and at his command was the formidable Leninist party apparatus, and the infallibility of which was the lie he was fed on. Perestroika, or restructuring, was his way of undoing what Lenin had consecrated as the foundation on which the perfect tomorrow—an antidote to the impulses of capitalism—would be erected. In his own words, “we did what was most difficult by breaking free of the totalitarian past.” He was breaking free from the system he was elected to guard.

To resist the temptations of totalitarianism, for a Soviet leader shaped by the Leninist-Stalinist legacy of absolut­ism and fear, was to risk power, maybe even life, itself. The ghosts of Imre Nagy and Alexander Dubček, communists who dared and failed, must have whispered to him where the reformer was headed, and in their case, it was unsolicit­ed martyrdom. Gorbachevism would, eventually, vindicate Nagy’s rebellion in Hungary and Dubček’s humanism in what was once Czechoslovakia. The twin forces of perestroika and glasnost, restructuring plus transparency, set in motion the dismantling that would change the world—and only Gorbachev would remain unchanged.

The Soviet empire had to go, even if Gorbachev, who only wanted reform without breaking the hard shell of communism, wished otherwise. That was a huge miscal­culation, to expect that the churn within would not affect the edifice that Lenin constructed and Stalin turned into ideology’s biggest network of terror. The midnight knocks would stop; the printed news would become more truthful than the Pravda, and Andrei Sakharov would come home from internal exile. The hard shell would break, and Gorbachev would survive a coup.

He would not survive the velocity of freedom he scripted with a heretic’s precision. Boris Yeltsin, the leader of the breakaway Russia, would not have been possible without a Gorbachev. The Baltic republics and others declared freedom because Gorbachev had already let the world’s most forbidding system of unfreedom breathe, but the liberator’s image would be soiled by the blood that was spilled in the Baltics. In the end, he let all the rebel repub­lics, led by Russia and Ukraine, go. Abandoned in the ruins of the Soviet empire, despite his last desperate wish to hang on, he could only afford to be the emperor of a memory. What he wanted perhaps was to continue as the General Secretary of the Soviet Debris.

In retrospect, it was his personal failure to realise the enormity of his political achievement: the fall of the Iron Curtain and Eastern Europe’s repudiation of communism. In 1987, when the Soviet Union was already in the midst of undoing its right to exist, Ronald Reagan, on a visit to West Berlin, demanded, “Mr Gorbachev, tear down this wall.” What was unleashed by the last Soviet leader would sweep across the entire Eastern Europe, and the fallen Berlin Wall would bring the story of division and domina­tion that began with the end of World War II to an end. The anti-communist revolution got the adjective ‘velvet’ because Gorbachev, the non-Stalin, did not allow tanks to roll into Prague—or, for that matter, into other erupted streets of Budapest and Bucharest, Leipzig and Warsaw. If 1989 was Eastern Europe’s annus mirabilis, Gorbachev was its most remarkable enabler: he let the amateurs—playwrights and philoso­phers—script the romance of freedom. And he was in good company: Ronald Reagan in Washington, Margaret Thatcher in London, and Pope John Paul II in the Vatican—all played sup­porting roles in the 20th century’s most engrossing show on human dignity.

Gorbachev, in death, did not earn unconditional eulogies. He was too human to be a perfect communist, or too ideologi­cally compromised to be a perfect human, but never what we wanted him to be: a wholesome hero. He outlived the system he let disintegrate, and lived long enough to see the old ghosts of nationalism march­ing out of communism’s wreckage, from the Balkans to his own homeland; he saw the breached Wall migrating to the minds of the liberated. He watched from the margins as the erstwhile protagonists of Eastern Europe 1989 lived up to the dictum that managing the freedom was a bigger task than fighting for freedom. He lived his post-Soviet life as an evangelist of hope, and the past was a story of convic­tion and courage no other communist in power ever dared to show. As a proponent of what he called New Thinking, he wrote, in books that were not as lucid as his actions as history’s great re-structuralist, about how the spirit of perestroika could be transplanted in the post-Soviet world. What mattered was not what he wrote. His very presence was a monumental reminder that no empire built on lies would withstand the power of truth.

He was lonelier in death. The Russia of Vladimir Putin, who was a KGB spy in East Germany when the Wall fell, has already made Gorbachevism irrelevant by bringing back the worst instincts of Stalinism in the garb of nationalism. Geography may not allow the new maximum leader of Russia to restore the empire Gorbachev had dismantled, but rearmed nostalgia has already made the Soviet impe­rium of the mind a fascist reality. Putin’s war on Ukraine is de-Gorbachevisation by tanks and bombs—showing the world how the distance between Eastern Europe 1989 and Ukraine 2022 has been reduced by one man’s delusion, a man who still carries within him the legends of the Soviet Union. Gorbachev died in a Russia that is far from the one born in the subversion of the last General Secretary. Let the next liberator relive his story.