How to decide what to eat and when to eat 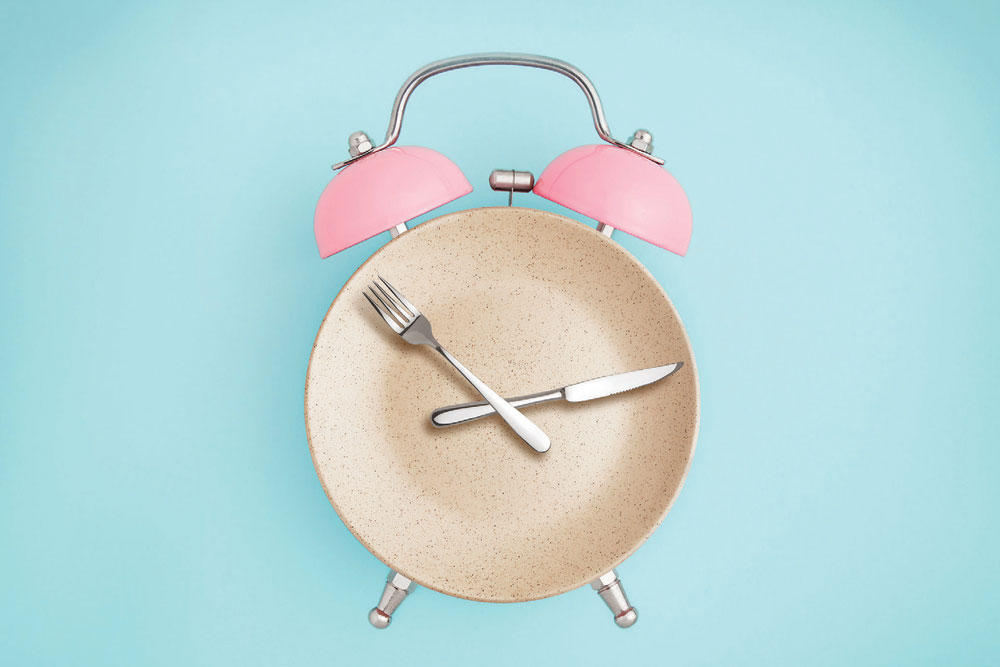 
DO WE NEED to eat three meals a day? Or should we perform intermittent fasting where we abstain from food and even drink for specified pe­riods that could range from eating every eight hours or restricting food severely for two days a week and eating normally during the rest of the week? Or should we eat five meals spaced out evenly, or just one meal like the Ancient Romans? In our pandemic-fuelled obsession with healthy bodies, these questions are often vital. Some food scien­tists point out that not eating for 12 hours gives your digestive system a rest, but this, obviously, is not a good choice for diabet­ics. What pattern of meals is suitable for you?

The three-meal syndrome is a modern phenomenon. Jessica Bradley, in an article on this question in BBC Futures, quotes food historian Seren Charrington-Hollins that breakfast was exclusive to the aristocrats in the 17th century. It was only after the Industrial Revolution in the 19th century and its introduc­tion of working hours that other classes adopted the routine of three meals. But after the World Wars, with food shortages, breakfast wasn’t possible. Though some countries returned to some form of breakfast—cereal and toast in the UK—others on the Continent continued to skip it. So, psychologically, we in the 21st century expect to eat three meals a day.

But do we really need to eat thrice a day? Hunger, as many behavioural scientists point out, is psychological; we are condi­tioned by the clock. Some argue that human physiology is built for feasting and fasting, and therefore it is better to have only one meal a day if you are healthy and don’t have diabetes. Inter­mittent fasting is built on this principle—that for those who can safely fast this way the weight-loss and health benefits such as reduction in chronic ailments is high. But other research­ers point out that fasting for such long periods will increase fasting glucose levels and if this becomes a habit, it will hasten the onset of type-2 diabetes (India already has large numbers of type-2 diabetes).

In India, the number of meals varies by region and class and also depends on tradition, which in turn draws on ancient schools like Ayurveda and Unani, which see the human body as a network of humours. With physician William Harvey’s discovery of the circulation of blood and its role in the human body, humoral theory suffered a blow in the 17th century, though it took three more centuries for it to expire in the west. Not in India. Here humoral theory coexists with the more mechanistic notion of the human body held by modern medicine, which treats the body as an aggregate of spare parts assembled partly by heredity and partly by environment.

Ayurveda’s medicinal practices, which originated in the Atharvaveda (1500-1000 BC), presumes that a human body is a living microcosm of the universe, and that health exists when there is a balance between three fundamental bodily humours or doshas (energies): vata (air), pitta (fire), and kapha (earth). An ailment can be treated by identifying the misfunctioning dosha, and creating a remedial diet of food and drink based on plants.

People with a dominant kapha nature have a slower diges­tive system and benefit by taking two meals a day at 10 am and 6pm. Pitta ones need substantial meals thrice a day—at 7.30am, 12.30pm and 6pm—since they have a strong natural fire that digests meals. The largest meal for them should be at lunch. Vata folks like me must eat every three hours since low blood sugar is a common challenge for us. Five small to moderate meals a day at 7am, 10am, 1pm, 4pm and 7pm. Researcher CT Sen highlights the main meals in different regions of India. In the east, west and north, the main meal is lunch, while in the south, it is breakfast.

Even the British in India adopted the vata habit in terms of the number of meals, but not in what they ate. Author Lizzie Collingham describes the typical day of an Anglo-Indian civil servant in Bengal in the 19th century. He would have a chota haziri, a little breakfast, at half past five in morning. Just “tea, eggs, boiled or poached, toast and fruit”. Breakfast at eleven consisted of fried or broiled fish, a dish or two of meat—gener­ally fowl cutlets, hashes and stews, or cold meat and salad followed by curry and rice and dessert. “We drank either bottled beer—the universal Bass—or claret.” Between four and five, there was tea and cakes. Dinner at half past seven or eight consisted of “soup and entree, roast fowls or duck, occasionally mutton, and in cold weather once or twice beef, game or a savoury, and sweets.”

But the prior question, what we eat, is even more important than when and how many times we eat. In 2019, the EAT-Lancet Commission explored the question: What could we eat that would feed 10 billion people in 2050 a healthy diet within the environmental limits? They came up with a refer­ence diet (to be tailored to differences in body weight, height, physical activity, disease status etc) that is largely plant based.

These include vegetables, fruits, nuts, wholegrain, legumes and unsaturated oils). The reference diet advocates a moderate amount of seafood and poultry, little or no red meat, no added sugar or refined grains or starchy vegetables.


It is ironic that so many centuries later, the age-old ways continue to ring true. Ayurveda’s advice is, no snacking, stop eating three hours before bedtime, don’t fill your stomach. Compare this to current science’s prescriptions: eat two-three meals a day, have a long fasting window
overnight, don’t eat too early or too late at night

How does the Indian diet compare with the Eat-Lancet refer­ence diet? The east and south of India eat mainly rice, the north eats wheat, and western India thrives on wheat millet sorghum. Manika Sharma and other researchers conducted a study to compare the two using data from two surveys conducted by the Indian government. Their conclusions highlight large dif­ferences in the diets of rural and urban India, rich and poor, and regional variations. The average caloric intake in rural (2214 Kcal) and urban (2169 Kcal) is less than the 2500 Kcal recom­mended by the Lancet diet. Not surprisingly, the rich consume twice the amount of calories than the poor (1645 kcal).

Our diet in India is not diverse, but whole grains do account for a large share of the total calories (more than half as compared to the Lancet recommendation of one-third). We also eat more starchy vegetables and dairy as compared to the reference diet. Rich households eat more meat, and the south and north-east of India eat more animal-based foods (includ­ing dairy). But we don’t eat enough fruits and vegetables. In fact, there is a worrying increase in the consumption of processed food—bakery, suji, maida, namkeen, chips, ice cream, biscuits etc. It accounts for nearly 10 per cent of the average total calorie intake in urban and rural Indian households, and is the highest in the south and lowest in the north-east.

Overall Eat-Lancet recommends a more vegetarian diet, but the majority of Indians are non-vegetarians. The cost of fruit and vegetables is high, so they are eaten less than meat. Sharma and others also point out that the big subsidies on rice and wheat in the public distribution system encourage people to eat more of it. Lack of availability and low awareness also contribute to the poor diet. Above all, the production patterns encourage this type of diet. India produces too much rice and sugarcane and too little coarse cereal, pulses, fruits and vegetables. So, it is not surprising that there has been a shift in India to more unhealthy foods, saturated fats, and fast foods. But overall, in compari­son to the UK, US and China diets, India’s diet is closer to the reference diet.

There is another twist in the tale. What we eat determines when we eat. Sugar, refined grains, salty snacks and the MSG in Chinese food make you hungrier faster. Monosodium glutamate is used as a flavour enhancer in soups, processed meats and other food products. Some research suggests that the chemicals in MSG drastically increase appetite. Sur­veys show that snacking and processed foods are becoming a larger part of an average India’s intake. So, if the recom­mendation is to eat fewer times a day, or do intermittent fasting, then those who eat these appetite-enhancing foods will find it difficult to stick to such a routine.

It is ironic that so many centuries later, the age-old ways continue to ring true. Ayurveda’s advice is, no snacking, stop eating three hours before bedtime, don’t fill your stomach. Compare this to current science’s prescriptions: eat two-three meals a day, have a long fasting window overnight, don’t eat too early or too late at night, and consume more calories earlier in the day. These maxims overlap with Ayurvedic advice par­ticularly to kapha and pitta folks. Given how modern science’s recommendations are converging with the ancient ways, it wouldn’t be amiss on our parts to revert to the humoral system and follow its practices in terms of when to eat, what to eat and how many times to eat.