Modi may be right. The opposition privately thinks so too. Hence the anger 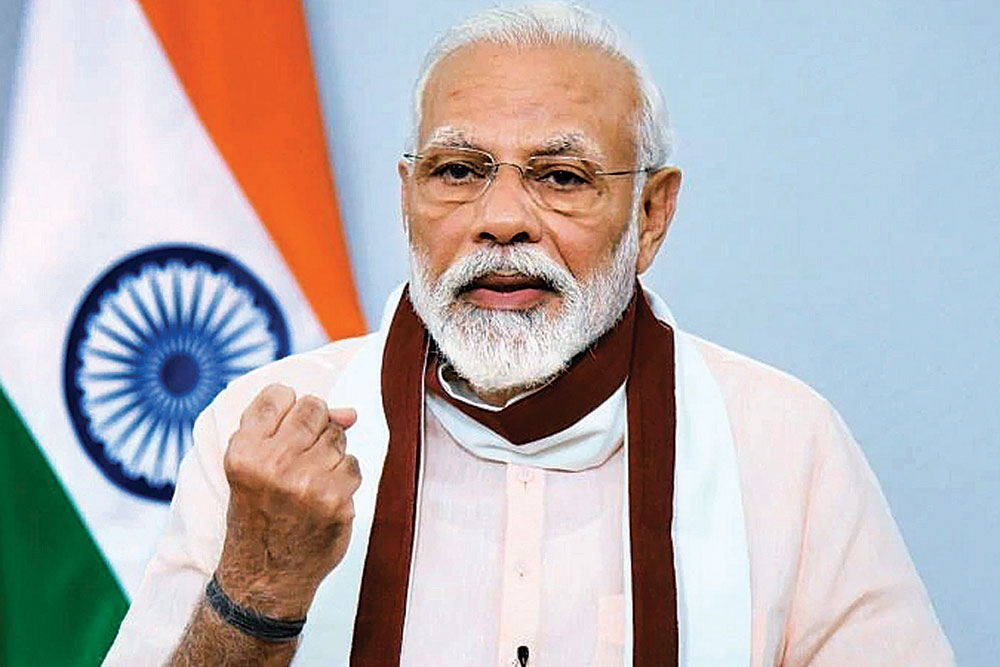 For nearly seven years, Modi has upended the Nehruvian consensus. Those who benefited from the old corrupt political continuum—financial, ideological and dynastic—are angry that a chaiwala has ended that lazy, lucrative continuum.

Of course, they dare not call the prime minister a chaiwala anymore. They know how he used the epithet hurled at him on the eve of the 2014 General Election to his advantage.

They obsess over him in private conversation. The anger rises in tandem with Modi’s electoral popularity. Modi has not been the perfect prime minister. Far from it. Early in his premiership, I wrote this: ‘The most successful leaders surround themselves with people smarter than themselves. Modi, in contrast, is surrounded by people who are not smarter than him. That is, perhaps, the biggest failing of his prime ministership.’

I have long criticised Modi’s macro-economic policies, the lack of talent in his Cabinet and the poor communications protocol of the Prime Minister’s Office (PMO). Modi has failed to get the law ministry to speed up prosecution of allegedly corrupt opposition leaders. Cases are allowed to meander because Government-appointed public prosecutors either don’t turn up in court or advance weak arguments at hearings.

A striking example is the 2G case which was mishandled by the public prosecutor Anand Grover. The Modi Government changed the prosecutor only after the court had acquitted the accused, including former Telecom Minister A Raja and Dravida Munnetra Kazhagam leader K Kanimozhi, party founder M Karunanidhi’s daughter.

The cases against former Finance Minister P Chidambaram and his son Karthi Chidambaram involving AircelMaxis and allegedly benami foreign properties are in limbo.

More pointedly, the Rs 2,000-crore National Herald property case against the Gandhis—in which two of the accused, Rahul Gandhi and Sonia Gandhi, are out on bail—remains in hibernation at the trial stage.

What does all this add up to? Wilful delays by an old ecosystem that still has the power to block Modi’s anti-corruption agenda? Complicity between that old, corrupt ecosystem and the new ecosystem that Modi has created but lacks full control over? Or something even more sinister?

Whatever the truth, this state of affairs can’t go on. Modi believes that macro-economic policies matter less electorally than micro-economic schemes. He is the archetypal executor. Give him a project—new or old—and he will pursue it to completion with frequent reviews and micro-management.

Meanwhile, BJP’s stormtroopers are allowed to whip up majoritarian sentiment. Modi’s attention is fixated on three elections: West Bengal in 2021, Uttar Pradesh in 2022 and the Lok Sabha in 2024. Modi believes a combination of welfare benefits for the poor, largescale infrastructure projects and muscular Hinduism will deliver to him a third term.


Those who benefited from the old corrupt political continuum—financial, ideological and dynastic—are angry that a chaiwala has ended that lazy, lucrative continuum

He may be right. The opposition privately thinks so too. Hence the anger. The vitriol comes from the top: Rahul Gandhi, Akhilesh Yadav and Mamata Banerjee who stand to lose the most from Modi’s continued popularity.

The Indian media is torn: on one side is the supplicatory media that flatters Modi; on the other is the viscerally hostile media that rages at him.

Foreign journalists have never come to terms with a prime minister who gives them little importance and pays them no attention. They react with venom.

However, by not focusing adequately on the real issues where Modi has actually failed—Cabinet talent, macro-economics, poor communications—they reveal both incompetence and bias. They remain fixated on Modi’s majoritarianism. A critical eye obviously needs to be cast on that but not at the expense of other key failures.

An article by an Indian journalist in The Washington Post reveals the venom that seeps through commentary on Modi: ‘Our country continues its march to complete submission before a demagogue who is not afraid to establish dominance through the power of the mob.’

Journalists burdened with ill will against Modi often begin an article on, for example, urban housing but at the end, almost mesmerised by their rage, bring Modi into the argument, however removed he is from the central discourse. It would be comical were it not such a severe indictment of their professionalism and integrity.