Biden’s Out-of-Afghanistan is a crime against civilisation 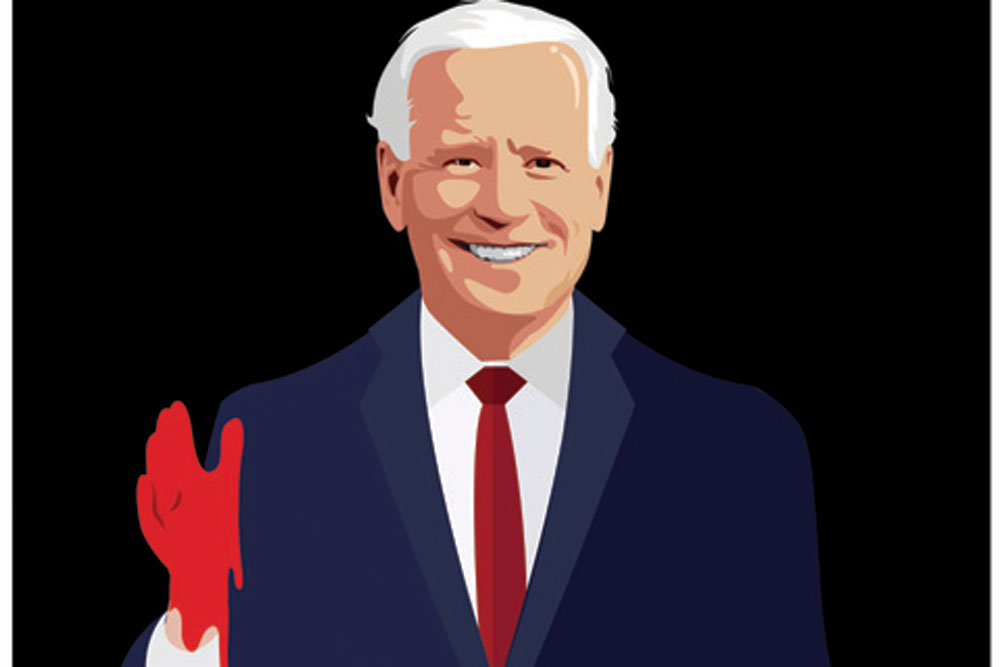 THE SCENES FROM Kabul break the heart. They bring to us, in terrifying clarity, how desperate are Afghans to flee the impending barbarism. A US Marine being handed a baby over a barbed-wire wall. Planes taking off with human remains on the wheels. People falling off the wings of aircraft. These images should be enough to convince the civilised world—ignore for a moment the vulture regimes of Russia and China—that the Afghanistan that America has abruptly abandoned will seek martyrdom under a plane flying off to freedom rather than embrace the Book-waving, Kalashnikov-toting, stormtroopers of Islam. More than two decades ago, when the occupying communists were thrown out, and their leader hanged in the public square, there was no mourning, in spite of the preview of the horrors to come. They tolerated the Taliban, the Pakistan-sponsored, madrasah-born, US-endorsed student warriors with allegiance only to their tribe and an angry god. For a generation of Afghans today, Taliban are ghosts stepping out of the trapdoors of a savage history. They refuse to give in.

Someone else has given in—and given up.

President Joe Biden after the Taliban victory—they didn’t have to fight to conquer this time—is a propped-up ventriloquist, not the leader of the free world in case anybody was looking for one. Possessed by his commitment to withdraw American troops from a redundant mission, oblivious to the human cost of his bad instincts as a leader, blaming everyone including the natives (with the honourable exception of the Taliban), and still banking on a favourable verdict by the future, he exudes the gravitas of a hologram. He is refusing to be evacuated from the make-believe of his own unreason. The empathetic Candidate Biden, hardened by a series of family tragedies, has become a granite president of misplaced resolve. His fall has been as abrupt as Afghanistan’s.

Biden’s predecessor was an America-First dealmaker, a true believer in political transactionalism with little time for media-friendly morality. President Trump set the deadline for withdrawal, and the decision fitted into his black-and-white worldview. Biden was under no strategic or political obligation to follow Trump’s script. His historic error was not in the idea of withdrawal itself; it was in not acknowledging America’s unfinished business in Afghanistan, and also its faulty management model. Two decades ago it was a necessary intervention, and it turned out to be America’s longest war. In retrospect, in spite of pushing back the Taliban to their last tribal outposts, the alternative America raised on the ruins was empty, not reflecting the tribal diversity of a treacherous land. The superimposed technocratic elitism America enabled only empowered a parasitical establishment. The empire didn’t build a nation. It didn’t even bother to comprehend the land it came to liberate.

An indefinite American presence in Afghanistan is not an option Biden or his predecessor could have afforded. A withdrawal that makes the very purpose of the original intervention meaningless is an option only an American president with immeasurable intellectual, strategic and humanitarian vacuity can afford. Biden has achieved this distinction at a time when the Caliphate the ISIS fantasised about had already been bombed out, when the Islamist project was too disparate and without a base. The Taliban that Biden has reinstalled are more than a tribal collective powered by a merciless theology. A Taliban-guided Afghanistan will be the refortified base of jihad.

Biden’s Out-of-Afghanistan is a crime against civilisation—not because of his intentions but because of the manner in which he implemented them. Twenty years ago, the world shared the sorrow of 9/11, and stood by the US when the war on the Taliban was declared. “We can’t stop short. If we stopped now, leaving terror camps intact and terror states unchecked, our sense of security would be false and temporary. History has called America and our allies to action, and it is both our responsibility and our privilege to fight freedom’s fight.” That’s how George W Bush ended his 2002 State of the Union address, delivered in the aftermath of the Taliban’s defeat. Axis of evil was the term he famously invoked then to paint the impending threat from Iraq, Iran and North Korea. Since then, images from Syria and France have confirmed the mutative powers of jihad. Still, the cult of the sword could not achieve its caliphate beyond the anonymous edicts. The world is fast gaining immunity against fantasies.

Biden’s un-Americanism has changed it all. We are still indebted to alliances built on idealism for dismantling the axis of evil that was bigger than what George W Bush had invoked. It was America’s leadership in such alliances that made it freedom’s natural ally—and turned a country into a concept. Biden, just because he is not Trump, still gets endorsement from lofty liberals and righteous progressives in spite of having singularly put America on the side of unfreedom.