The Pursuit of Pleasure

The many rewards of seeking Rameshvara 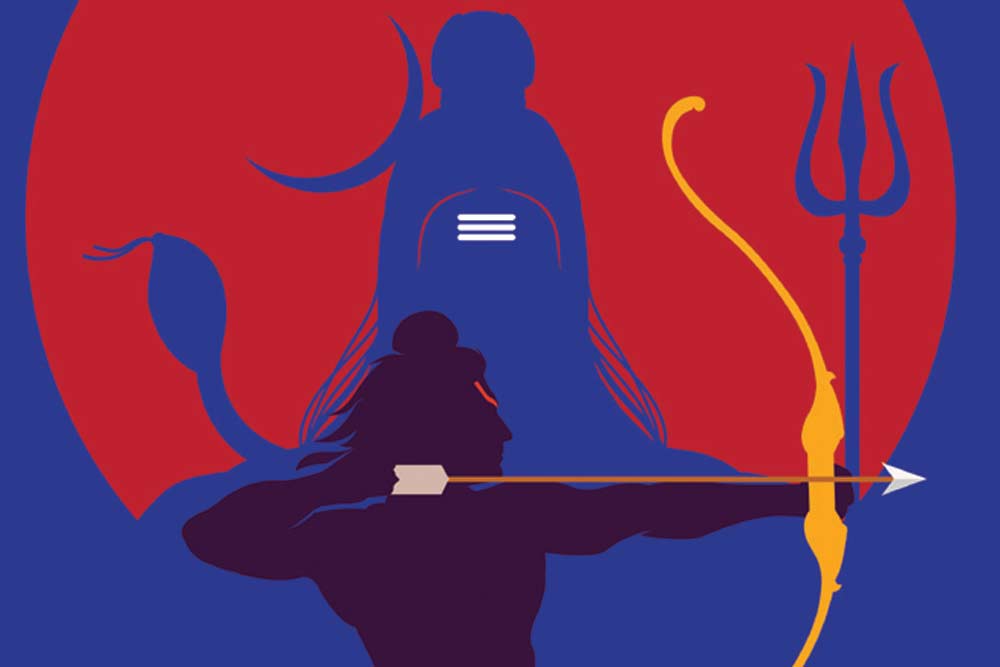 
I have been talking about the 12 jyotirlingams on the basis of what is said about them in the Shiva Purana. We are nearing the end, and this column is about Rameshvara. Most of us know the basic story of Rameshvara.

Suta said, “After this, I will speak about the lingam known as Rameshvara and about how it originated earlier. O Rishis! Listen lovingly. Earlier, Vishnu, loved by the virtuous, assumed an avatar on earth. O Brahmanas! Ravana, extensive in his use of maya, abducted Sita. He took Janaka’s daughter to his own residence in Lanka. Searching for her, he arrived at the city known as Kishkindha. Becoming Sugriva’s friend, he killed Vali. He remained there for some time, searching for her. He held consultations with Sugriva, Lakshmana and others. The son of the king sent the monkeys in the four directions. Hanuman was the foremost amongst the ones who were sent to search her out. The supreme monkey went to Lanka. From his words, Raghava got to know that Sita had been taken to Lanka. He also received Sita’s crest-jewel and was delighted. O Brahmanas! Along with the lord among monkeys, Lakshmana, the leader Sugriva and a sacred force of strong vanaras who numbered 18 padmas, Rama went to the shores of the ocean. [A padma is a very large number, specifically, a thousand billion.] The salty ocean can be seen in the southern direction. Rama went there and stationed himself on the shore. Loved by Shiva, he was served by Lakshmana and the vanaras. “Alas! Where has Janaki gone? When will I go and meet her? This army of vanaras must be made to cross the fathomless ocean. The rakshasa who held up the mountain [Ravana held up Kailasha] is extremely strong and valiant. His fortress, known as Lanka, is impossible to penetrate. Indrajit is his son.” Remaining on the shore with Lakshmana, these were his thoughts. Angada and the other residents of the forest comforted him.”

“Meanwhile, Raghava, supreme among Shiva’s devotees, wanted some water and lovingly spoke to his brother, known as Lakshmana. Rama said, “O Brother! O Lakshmana! O Lord of Heroes! I am thirsty and wish for some water. Please ask a vanara to quickly fetch me some.” Hearing this, the vanaras dashed off in the 10 directions. They brought water. Prostrating themselves, they stood in front of him and spoke. The vanaras said, “O Lord! Please accept the water. Obeying your command, we have brought it. It is tasty and is the best. It is cool and revives life.” He was extremely pleased and cast a glance of compassion towards them. Hearing this, Ramachandra accepted the water. He was about to drink the water that had been brought. But because of Shiva’s wish, he remembered something. “I have not seen Shambhu yet. How can I drink water? He is Paresha, my lord who bestows every kind of bliss.” Saying this, the supreme descendant of the Raghu lineage drank the water. After this, the descendant of the Raghu lineage worshipped a parthiva lingam. He performed avahana and other rituals and devised 16 kinds of upachara. Following the norms, he lovingly worshipped the divinity, Shankara. He prostrated himself and made efforts to satisfy him with divine hymns. Full of joy and devotion, Rama prayed to Shankara. Rama said, “O Lord! O Shambhu! O Mahadeva! You are always affectionate towards your devotees. Please save me. I am your devotee and have sought refuge with you. My mind is distressed. O one who enables a person to cross over the ocean of samsara! This water is fathomless. The rakshasa known as Ravana is immensely strong. He is extremely valiant. In fighting a battle, this army of vanaras is fickle. How will my task be accomplished? How will I get my beloved back? O one excellent in vows! Therefore, your task is to help me. O Lord! Without your help, my task is impossible to accomplish. Ravana is one of your own. Therefore, in every possible way, he is impossible to defeat. He is insolent because of the boons received from you. He is immensely brave and has conquered the three worlds. I am also your servant and am subservient to you in every possible way. O Sadashiva! Thinking about this, you should be partial towards me.” In this way, he prayed and repeatedly prostrated himself. He said, “Victory to Shankara, the one who punishes the wicked. Victory.” Thus, using mantras and dhyana, he praised Shiva. He again worshipped him and bent down before him. His heart was flooded with love and the voice choked in his throat.”


Rameshvara’s greatness is wonderful and unmatched on earth. It bestows objects of pleasure and emancipation and always grants devotees what they wish for. If a person devoutly bathes Shiva in Rameshvara with divine water from the Ganga, he becomes a jivanmukta

“The divinity Shankara was greatly pleased. Maheshvara appeared on the shores of the ocean, along with his companions. He was a mass of energy. He manifested himself in this sparkling and wonderful form. Maheshvara was satisfied at the devotion in Rama’s heart. Shiva told Rama, “All will be well. Ask for a boon.” Seeing that form, all of them were purified. Devoted to Shiva’s dharma, Raghava worshipped him. Rejoicing, he praised him in many kinds of ways and prostrated himself. He prayed for his victory against Ravana. Maheshvara’s mind was pleased at Rama’s devotion. He spoke again, affectionately. “O great king! May you be victorious.” He obtained the permission for victory, bestowed by Shiva. With his head lowered and his hands joined in salutation, he prayed again. “O Lord! For purifying the worlds, please remain established here. O Shankara! If you are satisfied, please do this to help others.” Thus addressed, Shiva assumed the form of a lingam there. On earth, he became famous under the name of Rameshvara. As a result of his powers, Rama crossed the ocean easily. He swiftly killed Ravana and the other rakshasas and got his beloved back. Rameshvara’s greatness is wonderful and unmatched on earth. It bestows objects of pleasure and emancipation and always grants devotees what they wish for. If a person devoutly bathes Shiva in Rameshvara with divine water from the Ganga, he becomes a jivanmukta. He enjoys all the objects of pleasure in this world, difficult for even the devas to obtain. At the end, he certainly obtains supreme jnana and kaivalya. I have thus spoken to you about Shiva’s divine jyotirlingam, known as Rameshvara. When one hears about it, sins are destroyed.”

What does this say? “Somanatha in Sourashtra, Mallikarjuna in Shrishaila; Mahakala in Ujjayini, Amaleshvara in Omkara. Vaidyanatha in Parali, Bhimashankara in Dakini; Ramesha in Setubandha, Nagesha in Darukavana. Vishvesha in Varanasi, Tryambaka on the banks of Goutami; Kedara in Himalaya, Ghushmesha in Shivalaya.” This ends the listing of the 12. After this, “If a man reads about these jyotrilingams morning and evening, as soon as he remembers them, the sins accumulated across seven births are destroyed. If he sees them, it is impossible for sins to remain. If these Maheshvaras are pleased, all his karma is destroyed.” Note that this is the ‘Dvadasha jyotirlingam stotram’, as stated in the Puranas. There is a more elaborate version, with descriptions of the 12 jyotirlingams too. That is not from the Puranas. It was composed by Adi Shankaracharya. To illustrate what I mean, this is what Adi Shankarachayra had to say about Rameshvara: “सुताम्रपर्णीजलराशियोगे निबध्य सेतुं विशिखैरसंख्यैः। श्रीरामचन्द्रेण समर्पितं तं रामेश्वराख्यं नियतं नमामि॥/I control myself and prostrate myself before the one named Rameshvara. Shri Ramachandra worshipped this. He used innumerable arrows and constructed a bridge at the confluence of the mass of waters of the excellent Tamraparni.” There can be no doubt about where Rameshvara is. There are geographical doubts about Vaidyanath, Bhimashankara, Nagesha and Ghushmesha.