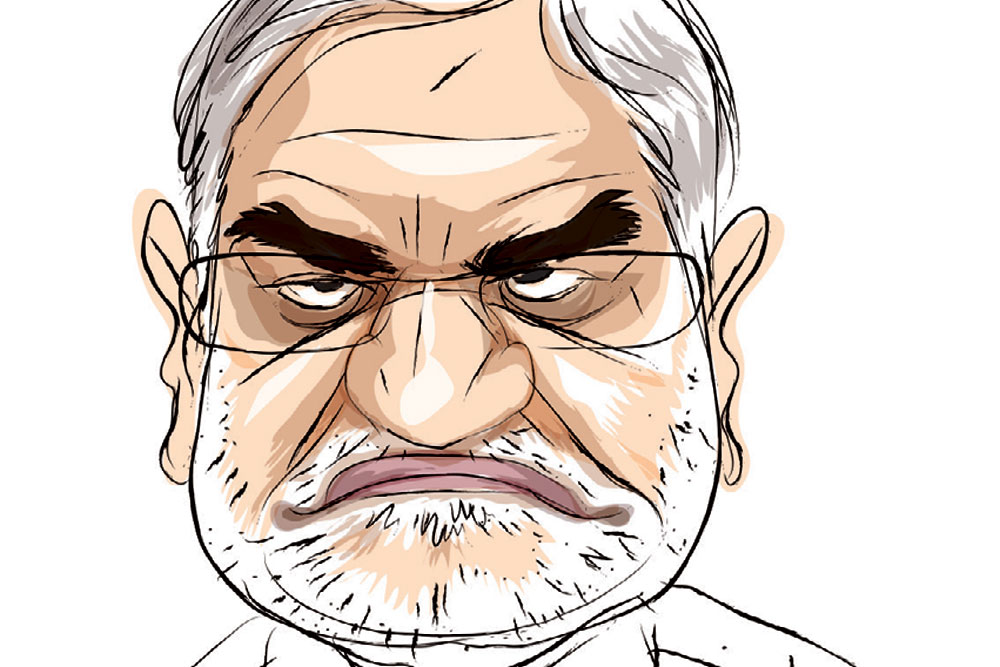 
Rajasthan Assembly Speaker CP Joshi’s political ambitions have been rekindled following Navjot Singh Sidhu’s elevation as Congress chief in Punjab. Joshi was once a favourite of Rahul Gandhi but lost out by the narrowest of margins in 2008 from becom•ing chief minister. Now, he thinks the Ashok Gehlot versus Sachin Pilot tussle will gain momentum in Rajasthan and he could emerge as a compromise candidate. When the United Progressive Alliance (UPA) was in power, Joshi was an important Central minister. Punjab is a neighbouring state and with Chief Minister Amarinder Singh upset about Sidhu’s pro•motion, there is a possibility he might leave Congress to launch his own party. CP Joshi is saying Rajasthan can avoid a similar crisis if he is made chief minister.

By making Navjot Singh Sidhu president of the Punjab Congress against the wishes of Chief Minister Amarinder Singh, Rahul Gandhi is sending a message to Congress patriarchs in other states, such as former Chief Minister Bhupinder Singh Hooda in Haryana and Kamal Nath in Madhya Pradesh. Kamal Nath is state president and leader of the opposition in the Assembly, but is now being told that he has to accommodate others. In Haryana, Hooda’s son got a Parliament seat, upsetting others, but it is being made clear to him too that there will be no compromise with political threats.

Former Chief Justice Ranjan Gogoi will continue to be informally ostracised in Rajya Sabha, as a mark of protest by most opposition parties for breaching the line between judiciary and politics, and being perceived as close to BJP. This has been happening since he joined the Upper House. It will continue in the Monsoon Session too, said an opposition leader. Meanwhile, many BJP leaders, including the Assam chief minister, are in frequent touch with him.

Priyanka Gandhi is clear that Congress cannot fight the Uttar Pradesh elections alone. Last time, when the Samajwadi Party and the Bahujan Samaj Party (BSP) fought together, Congress wanted to join but BSP’s leader Mayawati was against it. This time, Samajwadi chief Akhilesh Yadav has announced his party will go with small regional parties but not Congress. BSP is thus the only party that Congress can now ally with. Priyanka is, therefore, trying to woo Mayawati and Congress leaders are having regular meetings with her lieutenant Satish Mishra.

As the Pegasus controversy gathers momen•tum, the big questions are which agency of the Government allegedly bought the spyware service and whether approval of any authority outside the agency was obtained for planting the spyware. Prime Minister Narendra Modi wants to know all the facts. In Parliament, he was not ready to issue any statement. Sources close to him ask why he should react to a story broken by the foreign media. The Bharatiya Janata Party (BJP) leaders are alleging it is a deliberate ploy to weaken the Government.

BJP wants the sanctum sanctorum of the Ram temple in Ayodhya to be opened before 2023. The plan is for the prime minister, home minister and Uttar Pradesh chief minister to announce the date before the state elections and that, by 2025, the entire temple will be constructed. Recently, the opposition alleged corruption in land deals undertaken by the temple trust but BJP doesn’t think it will impact the polls. In fact, the party plans to pitch the Ram temple as an election plank.

Narendra Modi never makes impulsive decisions. Even for the recent Cabinet reshuffle, he is said to have taken extensive inputs, cross-checked them and then acted after a prolonged gap. Like the dropping of the three senior ministers, Ravi Shankar Prasad, Prakash Javadekar and Harsh Vardhan, which followed a long feedback exercise and silent performance evaluation. Even for chief ministers like BS Yediyurappa of Karnataka, he has given a long rope while gathering information about the family’s interference in governance. Modi then summoned Yediyurappa to Delhi and talked to him. 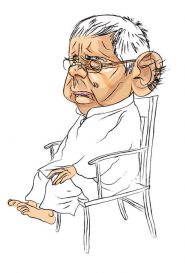 Although Rashtriya Janata Dal (RJD) chief Lalu Prasad got bail in the Dumka treasury case of the multi-crore fodder scam, he has told party leaders that he wants to retire. The Lalu era is over and his son Tejashwi Yadav is ready to take over. He is said to have communicated that Tejashwi can now take charge officially.

Netaji Subhas Chandra Bose’s grand-neph•ew Chandra Kumar Bose is in BJP. He was the party’s Lok Sabha candidate in Kolkata but is now showing signs of dissidence. He told the media that before the Assembly election, the prime minister formed a high-power committee to celebrate Netaji’s 125th birth anniversary, which included Bose, but that no meeting has taken place for a long time. The committee last met on December 15th, 2020. If Covid is the reason, he is asking why they couldn’t meet via video conference. People are wondering why Bose has become so vocal on the issue and whether it is a hint that he is planning to jump over to Trinamool Congress.