The rumour that KV Kamath, former ICICI head, could be finance minister 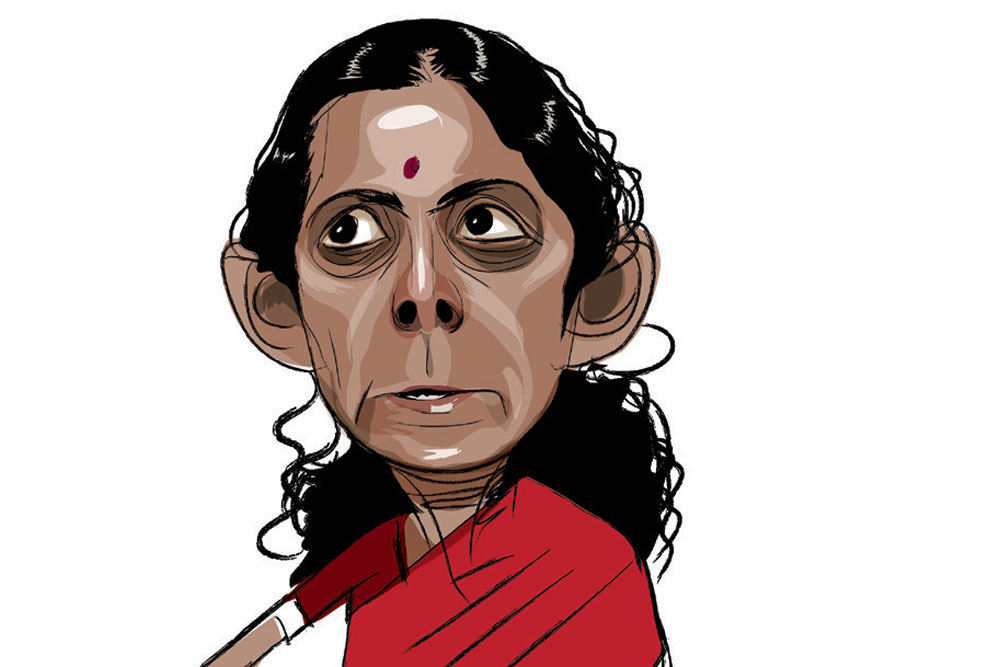 
Lutyens’ Delhi has been busy since a week toying with the rumour that KV Kamath, former ICICI head, could be made finance minister. This followed a pre-Budget meeting of Prime Minister Narendra Modi with industrialists in which the Home Minister was present but not Finance Minister Nirmala Sitharaman. She was at the same time meeting with party office bearers over the Budget but her absence was enough to set the rumour rolling, aided by an item released by a news agency. Sources in the Prime Minister’s Office say there was no plan of ever changing her portfolio. Another rumour doing the rounds is that a BJP Rajya Sabha Member of Parliament might be made Minister of State in the Ministry of Human Resource Development. Such stories in fact don’t help the person whose name is being floated for ministership. They are even planted by foes to take someone’s name out of the reckoning. One senior BJP leader said that the only person who knows if somebody will be a minister is Modi.

There is great confusion in the Congress on the National Population Register (NPR). P Chidambaram is apparently of the view that the National Register of Citizens (NRC) is what is dangerous and is circumspect about opposing the NPR. Recently, Kapil Sibal said that the Citizenship (Amendment) Act, 2019 could not be opposed by states now that Parliament has passed it and it led to turbulence in the Congress. So he issued a hurried clarification. Meanwhile, Rahul Gandhi is going to Jaipur on January 28th to hold a rally against NPR and NRC. Rajasthan Chief Minister Ashok Gehlot is planning to bring a motion in the Jaipur Assembly against the CAA.

The question of the complete withdrawal of restrictions in Kashmir has found no answers from the Government. There is pressure from media, human rights organisations and even Western nations. The Ministry of External Affairs and National Security Adviser are also in discussions with the Ministry of Home Affairs. The perception is that Amit Shah is hawkish on the issue and is set against any immediate lifting of curbs. But recently he told Kashmir officials that he would not take a unilateral decision and, since they knew the ground reality, he would go by their recommendation if they were confident there would be no terror-related incidents.

Hemant Soren may have become Chief Minister of Jharkhand but he is finding it difficult, given that there is still no agreement with ally Congress on cabinet expansion and distribution of portfolios. The Congress wants five ministers but Soren is not ready to give it. Meanwhile, Soren has to give one minister to the Rashtriya Janata Dal, another ally, but the Congress doesn’t want it to come from its quota. Following the Maharashtra model, the Congress also wants important portfolios like finance, home, power, urban and rural development, agriculture and water irrigation. Soren is apparently upset at these unreasonable demands.

When Modi goes abroad, he deputes one person to study how Parliament works in that country, the research they do and the quality of questions and answers. The officer then submits a report. There is a problem of coordination between Lok Sabha and Rajya Sabha and the Prime Minister is trying to set it right. He has advised the Ministry of Parliamentary Affairs that both Houses should do research jointly. Following Modi’s impetus, recently Vice President M Venkaiah Naidu, who is also Chairman of Rajya Sabha, got one senior officer to hold a marathon meeting on Lok Sabha and Rajya Sabha coordination .

Rahul Gandhi is upset with Sanjay Raut, the Shiv Sena leader, who keeps making controversial comments that go against the Congress, like Raut’s support of Veer Savarkar. Recently when Uddhav Thackeray’s son and now state minister Aaditya Thackeray came to Delhi and met Gandhi, the latter complained about Raut. But Thackeray may not be able to keep Raut in check given that he is perhaps so vocal because his brother was not made a minister by Uddhav. But some in the Congress also feel that Uddhav is playing a double game and is secretly behind Raut’s statements.

Maharashtra Chief Minister Uddhav Thackeray seems to have got unwittingly tangled in a controversy after he announced a grant of Rs 100 crore to the village of Pathri to commemorate it as the birthplace of the popular godman Shirdi Saibaba. Temples and schools are to be built there with the money. But the trust, which manages the temple of the town Shirdi associated with Saibaba, has protested against this move. They don’t believe the claim of Pathri. It is said that Thackeray might have initiated the grant to please the Member of Parliament of the Pathri area but now BJP top leaders are fomenting the agitation to target him.

Turning to the Book

The BJP’s inability to form the government in Maharashtra may have had a curious fallout. Amid his busy schedule, Home Minister Amit Shah can often be seen turning the pages of Ranjit Desai’s Shreeman Yogi, a biography of the Maratha king and warrior Shivaji. It is a well-known Marathi book. The edition that Shah is reading is a Hindi translation. Maybe, it will help him in the next Maharashtra election to get a better understanding of the pulse of the people.