Putin is not an accidental autocrat and a historian explains why 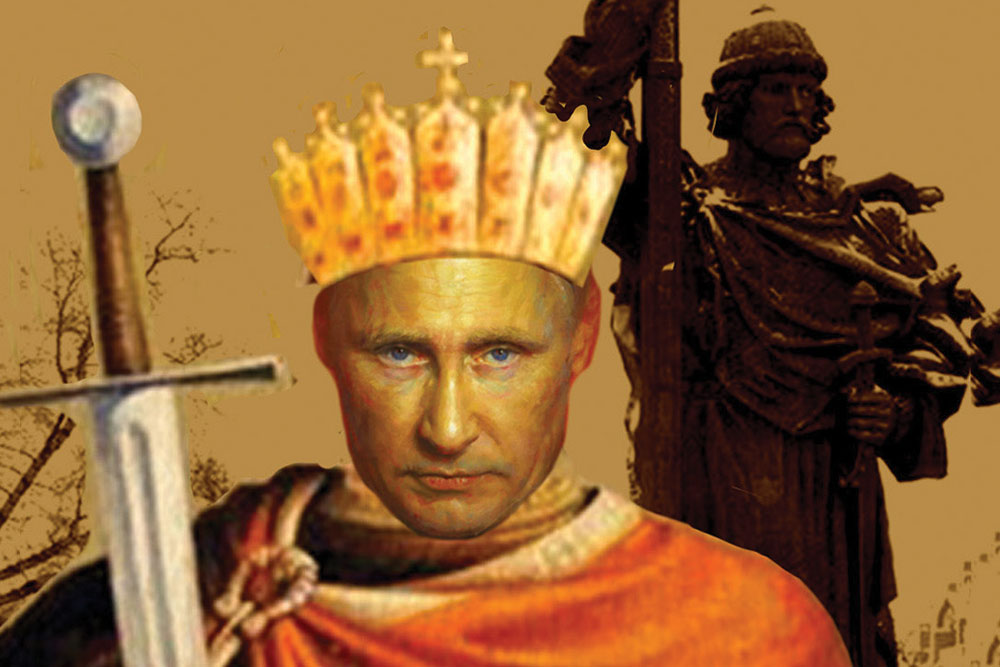 
IN AN ‘EXISTENTIAL WAR’, phantoms of the past hold the lantern as you fight the real enemy on the ground. The war in Ukraine for Russia, as seen by Vladimir Putin, is not the war as understood by the West or his casual critics. It is rooted in the multiplic­ity of a long-lost empire’s evolutionary myths; it is powered by an obsession with identity and pride. This war, in Putin’s delirium, is all about the restoration of his disintegrated imperium. If the bronze statue of Grand Prince Vladimir, who lorded over the first Russian state of Kievan Rus’ a mil­lennium ago, in Moscow, unveiled six years ago by Putin himself, is a reminder that the mythicisation of the past is the last desperate validation of the present, the currently reigning Vladimir, in delusionary isolation in the Kremlin, is the living embodiment of how leadership in Russia is renewed through the permanent embellishment of histori­cal memory. The prince, who has an equally splendid, and older, statue status in Ukraine too, makes yesterday greater; Putin, the descendant in despair, assures today is a struggle for yesterday. A territorial aggression, in the book of the mythomaniac, is a necessary weaponisation of memory.

The truth is that the debris of the past is more bearable than the artificial systems built on it today. The politics of national redemption, spreading across the world, realises the possibilities of the past when the present is all about containing adversaries. Some self-chosen redeemers, like Putin, will wage a war to reclaim the past, even at the cost of losing the future. As Orlando Figes writes in The Story of Russia (Bloomsbury; 368 pages; £14.99), which begins with the Vladimir myth, “no other country has reimagined its own past so frequently; none has a history so subjected to the vicissitudes of ruling ideologies. History in Russia is political. Drawing lessons from the country’s past has always been the most effec­tive way to win an argument about future direc­tions and policies. All the great debates about the country’s character and destiny have been framed by questions about history.” Figes, an English historian who has written some of the finest books on Russia, in his new work travels through the glitter and grotesquery of Russia’s convoluted past, its myth-making projects featuring mon­archs and commissars, to understand the imperial pursuit of a ruler haunted by so many spectres.

Myths need the aura of divinity, and the mythmaker’s mission is holier than his predecessor’s, and as Figes establishes in his book, sacred power is authoritarianism’s attempt to seek eternity. From the grand prince to the holy tsar to the supreme socialist leader, power, originating from the book of God or Marx, is holiness attained through the ordination of the chosen, even if it is all played out as a blood rite. The original Vladimir, whose backstory is as thrilling as the ingenuity of the storyteller, got his divine status from the Romanovs, for the tsars, beginning with Ivan the Terrible, wanted a foundation myth worthy of their grandeur—and their right to eternal mandate.


If the bronze statue of Grand Prince Vladimir in Moscow, unveiled six years ago by Putin himself, is a reminder that the mythicisation of the past is the last desperate validation of the present, the currently reigning Vladimir is the living embodiment of how leadership in Russia is renewed through the permanent embellishment of historical memory

In the empire of the divine, the emperor’s (or the em­press’) mortality must be postponed forever. This is achieved by making the idea of the state subordinated to the absolut­ism of the ruler, the sole preserver of truth and justice. Ivan IV, or Ivan the Terrible, would be made the first tsar with the church’s proclamation that “Now thou art anoint­ed and titled Grand Prince Ivan Vasilevich, God-crowned Tsar and Autocrat of all great Russia.” As Figes writes, “the dual nature of the Christian ruler, fallible in his humanity but divine in his princely functions— was a common notion in Europe. The tension it created in the monarch’s image was resolved in western Europe by distinguishing between the mortal person and the sacred office of the king. The distinction would allow the concept of an ab­stract state to develop in the West as a counterbal­ance to the king. But that did not happen in Russia, where tsar and state were considered one—united in the body of a single mortal being, who as man and ruler was an instrument of God.” Through the reigns of successive monarchs, among them captivating characters such as Peter the Great, mythicised by Pushkin as an “eternal worker” with an “all-encompassing soul”, and Empress Catherine, the oneness of the state and the ruler in a sacred covenant would continue. The modernisation of Russia was also the Europeanisation of the imperium, and the divine mandate of its foundation was the tsarist legacy.

The communist didn’t entirely eradicate the old order. The internationalism of tsarist Russia prevailed as a ruling cultural trait till Stalin added a heavy dose of patriotic fervour and nationalist pride to communism. Stalinism had a Russia First core, the jackboot hovering over non-Russian sentiments. It also had a higher sense of sacrifice, and in the still-lingering Russian grievance, the world remains thankless to the world saviour. Russia, in this instance rightly so, believes it sacrificed most for the defeat of Nazism. The victory was mythicised as the supremacy of the Party, and, as Figes writes, “over the next forty years, this myth would be used to legitimise the Soviet system, justifying everything it had accomplished after 1917.” Russia as the prime mover of history was more than a propaganda piece of the Cold War; it was a project in keeping with the existential urge of a land for comforting myths. In the end, it took an insider to play the demolisher. Mikhail Gorbachev, a communist till the very end, let the myths created by communism and imperialism, the twin forces that shaped Russia, unravel. 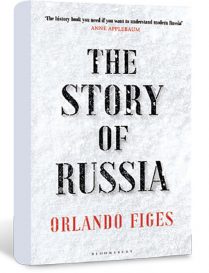 Putin inherited the remains of a memory. As someone whose worldview was formed by the mythmaking machine of ideology, the ruler of the debris was not the title he wanted from history. He internalised the imperium, and Russia itself was struggling to find its identity after the Soviet collapse. As Figes says, when Ukraine and other breakaway republics began their life as post-Soviet nation states, the Russians could not follow their path. “They had never been a nation state. Their identity had been subsumed in the Russian Empire, and then in the Soviet Union, where they were regarded as the leading nationality. Russia had existed as an empire for so long that it could not simply reinvent itself as a nation after 1991.” This existential crisis was aggravated by Putin’s failure in bringing Russia back to the Western orbit. By closing the doors of NATO on Russia, the West rebuffed him. The new Vladimir was denied the opportunity to become Putin the Great, to build on the pro-Western impulses of tsarist Russia. Meanwhile, the breakaway Ukraine, whose individual identity was never accepted by the super Slav of Kremlin, was reinventing itself as a ‘Western’ democracy. The emperor of grievance struck back.

Isolated, insulted, angry and delusional, Putin today commands a war of attrition, and each passing day makes his reality unbearably incompatible with the empire of his mind. The Story of Russia shows, without a dull page, he is not an accidental autocrat but another avatar in the karmic cycle of Russia as a mythmaker’s promised empire. Vladimir Putin is waging two wars, and both may have tragic consequences. The one on the treacherous terrain is testing his resolve; the one in the mind undermines his own mythology as the last imperial redeemer.