The Freedom of the Ancients

A legacy strong enough for 21st century attitude to intimacy 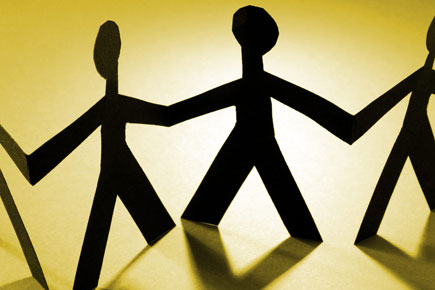 Ancient India had a 21st century attitude to intimacy. Across the centuries, this changed to reflect an entirely different set of values anchored in the Victorian period. Those who frown upon that complex of emotions that is capsuled ‘Love’, follow a long tradition of refusing to regard several manifestations of it as acceptable. It is only now that several forms of love have become fashionable and acceptable. It is said that Man’s Best Friend represents the only love that money can buy. Yet, how many of us choose dogs from shelters rather than opt for pure breeds? Some animal activists even go so far as to say that there is something Hitlerian about choosing a particular gene pool for canines opted for as pets. Very often children fall for wavy-tailed mutts with big slobbery mouths and a tendency to jump around and show abundant love.

Marriages which happen with the whole community taking part in the process is obviously an arrangement. When parents look at the bloodline, breeding, social standing, wealth, education and other details of a prospective son or daughter-in-law, they are more often than not, looking at their own preferences to the exclusion of those of their offspring. The happiness of their children, which is repeated by them routinely, therefore, gets ignored more than a few times in the case of a matrimonial ‘catch’. There is more a connotation of a grip, rather than a gentle holding in the phrase ‘catch’!

Unlike in ancient India, total adherence to elders is not a given currently. Rama is extolled for his devotion to his father Dasharatha. It may be remembered that on his part, Dasharatha was keen to hand over his kingdom to his eldest son Rama! If children respected parents, parents themselves saw to it that they earned that respect.

Like human beings themselves, every relationship is unique. It is this failure to accept, if not appreciate, these differences which is the cause of frequent breakdowns in those bonds in so many homes. Very often the male who used to spend hours talking to his girlfriend, grunts in shorthand once marriage, a couple of kids and mortgages appear down the line. The girl who stood in front of her open almirah full of clothes, lamenting that she had ‘nothing to wear’ to meet her boyfriend, lolls about in a housecoat or sweatpants three years into marriage or a steady relationship!

In ancient India, spouses were carefully chosen, more often than not, for
their bloodline. The hunt was naturally on for valour, erudition, good looks, etcetera. Women from fertile families with a history of producing sons were welcomed as daughters-in-law. The recital of the details of a king or nobleman to the choosing bride at a Swayamvara ran like an oral CV recitation. The bride-to-be could thereby go beyond the mere looks of a prospective spouse.

The option of choosing a mate was with the woman in a way which was far
more progressive than many cases now. One of the most famous stories of
elopement runs thus. Rukma, the brother of Rukmini, promised to wed her to his friend Shishupala, king of Chedi. However, Rukmini had other ideas! Her heart was firmly set on marrying the as-yet-unseen Krishna. She is the one who proposes marriage to Krishna through a letter sent to Krishna through a trusted Brahmin envoy. She exhorts Krishna to save her from marrying Shishupala, who also happens to be Krishna’s cousin. She indicates her willingness to thwart her own brother’s wishes and elope with Krishna, if only the latter would have her! Krishna, of course, responds favourably to Rukmini’s plea, and she goes on to reign as Krishna’s chief queen.

This is a far cry from a blushing, meek woman agreeing to the choices her
brother makes for her. Rukmini is a confident woman who knows what she
wants and has no hesitation in going out and getting it.

Uddalaka, one of the most erudite and conscientious of sages, is confident enough of himself to realise that the sexual desires of his wife is fulfilled when he is on one of his long spells of sexual abstinence. He is fully aware that as a husband it is his duty to ensure the sexual satisfaction of his wife, and hence, he has no objection to one of his beloved disciples making love to.his wife! It is his son who is horrified to see such ‘loose’ behaviour of his mother. He clamps down on the rights of a woman who feels bodily needs and sets out to fulfil them. She slowly becomes a child factory in Indian history from the freedoms that marked the post.

Ancient India had a unique and practical way of dealing with the mundaneness of relationships likely to settle with the passage of time. Marriage was based on purity of pedigree, which in turn guaranteed another generation of equal standing. There were women who took care of the physical, emotional and psychic needs of a person. They were the professional Deva Dasis or slaves to God. The Sanskrit root of this word is ‘Div’ or to give pleasure. Contrary to the imperfect Western view of these courtesans, these ladies were the receptacle of a thorough knowledge of the
sixty-four arts. They were given a position of great respect in the courts of royalty and were consulted even in matters of serious political consequences. Their services had to be immaculate. They were expected to prepare an exotic mix of paan with as much dexterity even as they expounded on Chanakya’s Arthashastra! The modern concept of a Devadasi being nothing but an uppity whore is completely wrong! It was hard work to be the spouse of royalty, who in consultation with Raj Gurus decided what happened in their kingdoms. They were looked upon in askance, at least until they produced a male heir! This was the hallmark of their ‘success’. It was harder work to qualify and continue as the courtesans of these courts. The courtesans met the need of the kings for companionship and romance without jeopardising the stability of a marriage arranged for other reasons. The security and status of the wives were protected rather than threatened during these days of ‘lax’ morality. In Kerala till the 1970s, the matrilineal system was in place. By virtue of giving physical birth, motherhood was a certainty. Fatherhood, on the other hand, was what the mother affirmed and was, in a sense, hearsay evidence. It was the mother’s family which was carried forward into the next generation. Inheritance laws favoured the females too.

The king and men of eminence came to enjoy the company of these women. The more accomplished the women, the greater the chance of a large variety of men (and women) as potential beaus! Like Life and Death, sexuality was also taken as a matter of course. The sexually explicit and exquisite carvings on the ancient walls of our temples indicate just how accepted and celebrated bodily relationships were in the past. There was no sense of shame. While producing the next generation was considered to be a must, the female body had greater worth than a mere breeding unit!

When different people with different abilities served in multiple roles, there was equanimity in society. It is when we became ‘ashamed and self-conscious’ ourselves, our bodies and our celebrations that we started to accept our own second-grade status in the World. To misname the Kama Sutra as pornography and to be confused about our sexuality was the next logical step.

It is sad to see even learned scholars claim that India’s decline started with this rampant ‘debauchery’. We are all born on earth, both in and with this body. If the body does not breathe, drink, eat and sleep, it dies over different units of time, breathing being the most crucial of all. The tendency to me-too ourselves into societal and cultural boxes will always ensure that we remain forever a copycat nation, forever looking for endorsement from the outside, rather than relying on our own rich heritage.