The Faultlines in Delhi

Constantly distrusting Indian Muslims, branding them as anti-nationals, is not a good idea 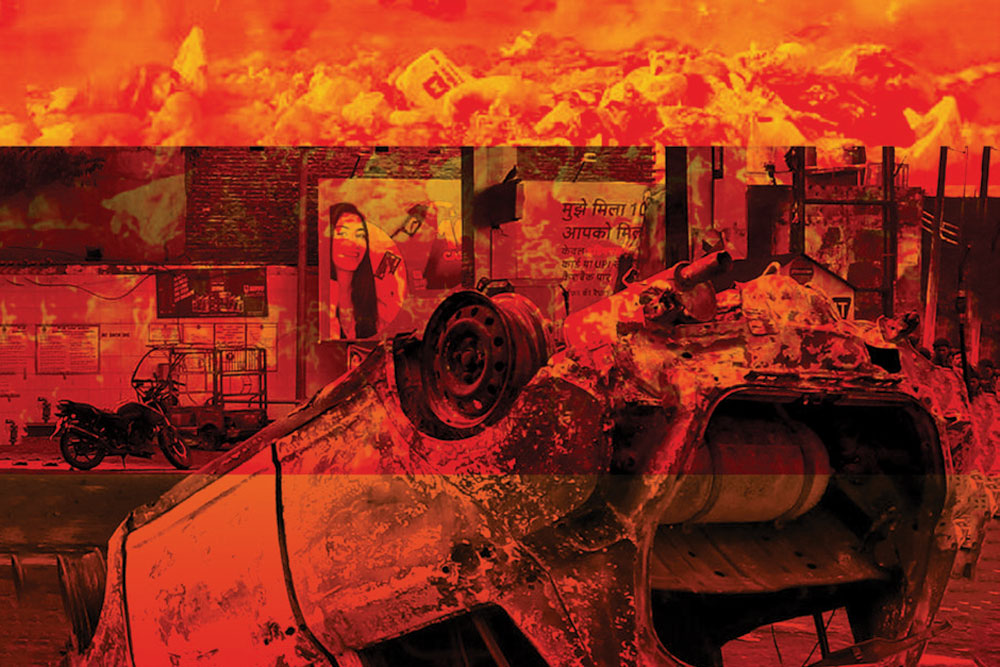 
ONE HAS TO be a babe in the woods or an original innocent to think that a riot happens spontaneously. Of its own accord, all of a sudden. Or that the perpetrators are easily excitable madmen who go on a rampage at the slightest pretext.

A riot is no extempore conflagration. Rather, it is a well-rehearsed inflammation. Incendiary and deadly. Even if it has an unexpected trigger, it erupts along deeply entrenched and reinforced fault lines.

The tension is stoked over a considerable period of time. It lies simmering beneath the surface before it explodes. It shows its ugly and scary visage in multiple tell-tale signs right there for all to see.

The first, perhaps foremost, contributing factor to the deadly Delhi disorders of February 22nd-25th was the anti-CAA protest. Having started way back on December 11th, 2019, the Shaheen Bagh sit-in, over two-and-a-half-month old, had already been stoked up to attract international attention.

On December 14th, 2019, in her ‘Bharat Bachao’ rally at the capital’s Ramlila Maidan, Sonia Gandhi, interim President of the Congress, urged protesters to come out of their homes and take to the streets to struggle against the BJP-led Government (‘Time has come to save country: Sonia Gandhi at Bharat Bachao rally’, December 14th, 2019, Indiatoday.in).

Agitators illegally occupying road No 13 were showcased as Muslims conscientiously objecting to the purportedly anti-Muslim Government policies including CAA and NRC. The movement was deliberately communalised.

The aim was to project Indian Muslims as opponents and victims of the Modi Government. Who was paying for the well-coordinated spectacle? Of course, the people of Delhi, whose access to the area was obstructed. But also forces and funding not easily discernible.

The announcement of the Delhi Assembly elections on February 11th did little to alleviate the situation. The demonstrations were allowed to aggravate, owing partly to the complex, some would say callous and cold-hearted, calculus of Indian electoral politics.

Even after an infant died, exposed to the cold, in Shaheen Bagh. And inflammatory speeches were made in the run-up to the elections and afterwards.The area was not cleared.

Perhaps, out of fear of a backlash or escalation during the visit of US President Donald Trump. On February 17th, Delhi Lt Governor Anil Baijal warned police commissioner Amulya Patnaik and Satya Gopal, Home Secretary,of the probable intensification of the protests (‘Delhi violence: Anatomy of a riot, and its escalation’, February 28th, 2019, Hindustan Times).

On the night of February 22nd, a road leading to the Jafrabad Metro Station was occupied. Again, the police were caught napping.They were unable to dislodge the considerable crowd that had gathered by the next morning.
On February 23rd, ahead of Trump’s visit to Delhi, BJP leader Kapil Mishra asked Delhi police to clear the roads in three days. To be fair to him, he also said of the pro-CAA campaigners, “We did not pelt a single stone during the rally” (‘Won’t listen after 3 days: Kapil Mishra’s ultimatum to Delhi Police to vacate Jaffrabad roads’, February 23rd, Indiatoday.in).

But what happened afterwards wasn’t so civilised. CAA supporters poured in from nearby. Many were from Maujpur, but some came from farther afield in Uttar Pradesh.

The two groups were separated by a road that had only a metal grill as a barrier in between. It was a border between warring communities, Hindus and Muslims, right there in the nation’s capital.

Soon bullets were fired, petrol bombs and lethal projectiles thrown. The air was filled with the acrid smoke of tear gas and burning tires. Shops were burnt, looted and razed. Innocent bystanders caught in the scuffle were assaulted. Even police personnel and journalists were not spared.

Stocked with petrol bombs and stacked with rooftop projectiles.

A half-naked body of a dead woman was recovered in a nearby drain.

By the time it was over on February 26th, an estimated 20,000 people had been involved in the Delhi disturbances.

Over 500 blank cartridges fired from countrymade firearms were found scattered around the riot scene.

Guns were used for the first time in a communal riot in India. In addition to rods, pipes, knives, stones, sticks, bricks, Molotov cocktails.

And, of course, the favourite weapon of rioters: arson. What can match the fury of a wildfire?

Perhaps, only the hatred in the human heart.

The casualties rose to over 45. It was like a mini-war. That too in one of the world’s most protected cities, if the numbers of armed constabulary is anything to go by.

By the time the Prime Minister started taking personal interest in the situation, deputing National Security Adviser Ajit Doval to tour the riot-affected areas and parachute in a new special commissioner, SN Shrivastava, much of the damage was done.

The riots and killings made international headlines before President Trump departed from India late evening of February 25th. The otherwise successful visit was marred by mayhem and murder.


A riot has many agents, multiple players of conflict, and, in its aftermath, even more complex signalling

India’s image was tarnished. Those who wanted to defame and destabilise us had succeeded.

Everything about these riots was shocking and deplorable. Especially the two scores and six who were slain. In addition, hundreds of homes and families were wrecked. Property destroyed. Thousands of lives ruined and devastated.

But, perhaps, it was the idea of India which suffered the worst body blow.

To imagine that there were those amongst us who hated India so much that they would stop at nothing. Stooping so low as to kill, maim and incite hatred just to make us look bad in the eyes of the world.
This was incredibly disturbing and distressing.

Those who provoked it, whether needlessly or purposefully, cannot be exempt from blame either. There are limits to how far we must allow ourselves to go for political gains. Or to settle scores. Or to teach people lessons.

India, as a rising power, cannot afford to let its good image be tarnished by such wanton acts. It is bound to affect the economy, the investment climate.

But, worse, what of our moral and spiritual authority? Our ethical and cultural standing in the world? How can we jeopardise our hard-earned reputation as a peace-loving and pluralistic democracy?

The National Human Rights Commission has set up a fact-finding committee.That is a welcome step. But only if an impartial inquiry is conducted. And a truthful report published.

Not just trying to manage the narrative or up the blamegame.

A riot has many agents, multiple layers of conflict, and, in its aftermath, even more complex signalling.

That we allowed it to overtake us when we could have prevented its outbreak is our first failure. But a far worse failure awaits us if we allow these wounds to worsen, becoming permanent, gory scars on our body politic.

People who say ‘We fixed the Muslims’ or ‘We taught Hindus a lesson in our area’ are so dreadfully wrong.

Theyare forcing us towards a second partition of India, an internal partition.

That is exactly what the enemies of India would like. To generalise the hatred of a few to entire communities. To make Hindus and Muslims each other’s objects of unremitting animosity and aversion, permanently at odds. To split and alienate us forever.

We must realise that it is not only jihadi Islamists and Ghazwa-e-Hind proponents who want to destroy India.

Some misguided in their patriotism, others deliberate zealots. Together they could resurrect a deadlier version of the two-nation theory.

Constantly distrusting Indian Muslims, branding them as anti-nationals, accusing them of bad faith is not a good idea.

Instead, we must seek, negotiate and then enforce a new covenant of amity.

Even those who advocate a ‘Hindu India’ must reassure the rest that no one will be persecuted—or privileged—for being less or more Hindu.