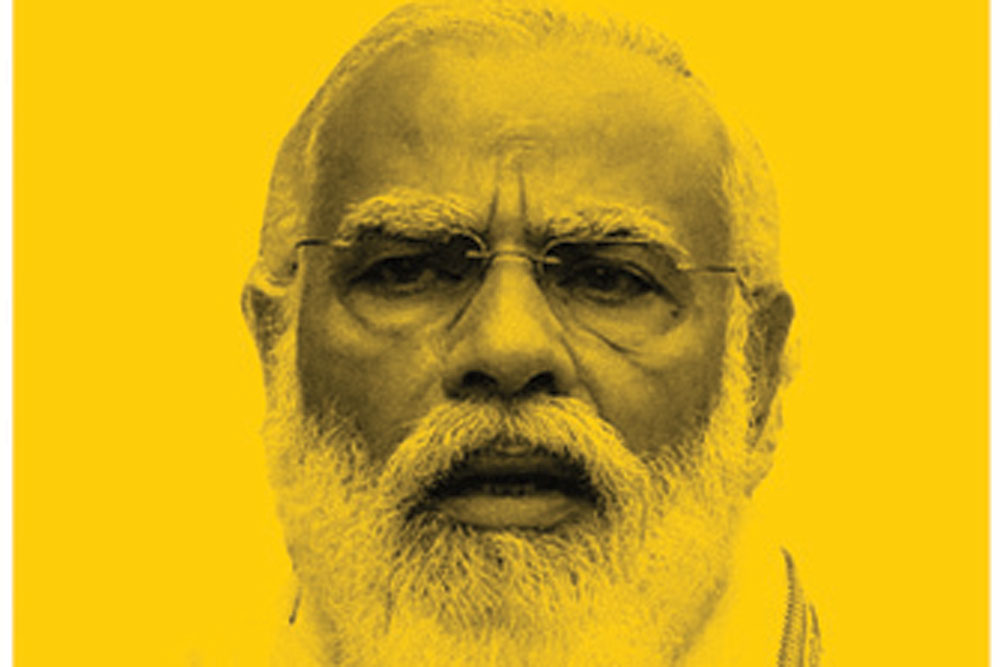 DELHI HAS SHIFTED Narendra Modi, imperceptibly, to the centre. Over the past six-and-a-half years, Modi has recognised that you can run a state (Gujarat and Uttar Pradesh, for example) from the right but you must run a country from the centre, or at most from the centre-right.
What does this presage for the remaining three-and-a-half years of Modi’s second term?

Modi’s economic and foreign policy doctrine is an odd amalgam of Atal Bihari Vajpayee and Indira Gandhi. Consider Vajpayee first. Modi’s shift to the centre-right from a hard Hindutva position resembles Vajpayee’s embrace of a more inclusive agenda. Vajpayee in 1992 spoke out strongly against the Babri Masjid.

A decade later in 2002, having been in power at the Centre for four years, Vajpayee publicly cautioned Gujarat Chief Minister Narendra Modi after the Gujarat riots to follow “Raj Dharma”.

LK Advani took up the mantle of Hindutva. Vajpayee meanwhile made peace overtures to Pakistan’s dictator Pervez Musharraf. He got the Parliament attack in return.

Another decade later, Modi emulated Vajpayee by inviting Pakistani Prime Minister Nawaz Sharif to his swearing-in ceremony in May 2014. He got Gurdaspur, Pathankot, Uri and Pulwama in return.

On foreign policy, too, Modi has followed Vajpayee’s formulation: closer ties with Washington. These are now, given the Chinese threat, irreversible. On economic policy, Modi has taken a leaf out of both Vajpayee’s and Indira Gandhi’s book. He is a micro-manager and protectionist like Gandhi. But his agriculture and labour reforms are as groundbreaking as, for instance, Vajpayee’s power reforms following legislation of the Electricity Act, 2003.

Vajpayee was keen on privatisation and appointed Arun Shourie to divest public sector companies across domains. Modi is not an enthusiastic advocate of privatisation. During his tenure, very little of India’s lumbering public sector has been privatised.

To Modi state controls matter. He is by instinct a leader who relies on bureaucrats to get things done. In that sense he is more like Indira Gandhi than Vajpayee. Bureaucrats led by PN Haksar ran Gandhi’s ‘kitchen cabinet’. Key IAS officers today run the bureaucrat-heavy Prime Minister’s Office (PMO), the principal engine of the Government.

Like Indira Gandhi’s Union Cabinet, Modi’s ministers—with a few exceptions—are seen but not encouraged to be heard. Significantly, one of Modi’s first steps on taking office was to disband the various Groups of Ministers (GoMs) that had proliferated under Prime Minister Manmohan Singh. They were replaced by Groups of Secretaries (GoSs).

Some GoMs have made a hesitant comeback in recent months, but it’s the bureaucracy that still wields power. The pandemic lockdown has only enhanced their omnipresence. The implementation of Modi’s welfare schemes is closely monitored by the PMO and the GoSs.

Modi, like Indira Gandhi, is a hard taskmaster. Vajpayee ran a more relaxed administration. But there is a key difference between the approaches of Gandhi and Modi to the opposition. Indira Gandhi was merciless towards her opponents. The Emergency, during which she locked up without trial over 100,000 journalists, activists and opposition leaders, suspended the Constitution and subverted the Supreme Court, was just one example of her ruthlessness. In Parliament, she treated the opposition with scant respect.

Modi, in contrast, has taken in his stride the most venomous campaign unleashed against an Indian political leader by the opposition over a period of nearly two decades. Modi routinely condemns dynastic politics during his election campaign rallies. But under his prime ministership almost no opposition leader accused of corruption has gone to jail. P Chidambaram is an exception. His three-month incarceration was an aberration. Like all others, the case against him has been put in cold storage.

So where does that leave Modi? A protectionist like Indira Gandhi but not as ruthless on the opposition as she was. An economic liberaliser like Vajpayee but not a keen privatiser.

On Hindutva, Modi has moved in Vajpayee’s centric direction. With the Ram Mandir, Citizenship Amendment Act and Jammu & Kashmir issues under his belt, he believes he has enough electoral ballast to move away from hardline Hindutva to a more inclusive version of Vajpayee’s Bharatiyata.

How much towards the centre will Modi move in the second half of his current prime ministerial term? That’s difficult to say simply because events may overtake him and change his ideological trajectory. China looms. Post-Covid economic recovery will be a challenge.

I wrote in 2015, at the end of Modi’s first year as prime minister: ‘Lutyens’ Delhi is an idiom. Modi has tried to change that idiom of corrupt power brokers, complicit media and the beady-eyed politicians who preside over this toxic consensus. He hasn’t succeeded—yet.’