Has the progressive consensus on victimhood become an apologia for the theocratic struggle of Hamas? 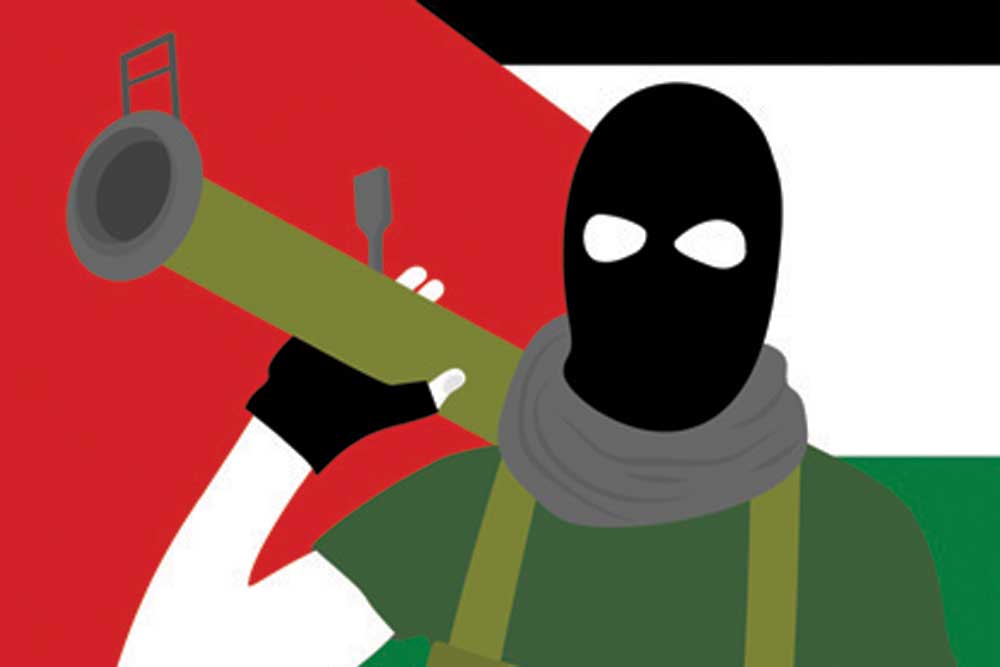 WE ARE THERE again. It’s yesterday’s news updated with new death tolls, new images of suffering. This time it began with property disputes in East Jerusalem, which remains ‘occupied’ for Palestinians but a war-scarred reminder of historical identity for Jews. The eruption of streets and the unrest at the Temple Mount, holy for both Jews and Arabs, then extend to the epicentre of Palestinian resistance: Gaza. Soon it’s a rocket war in which Hamas mostly misses targets in Jerusalem because of Israel’s Iron Dome anti-missile cover, but the images of mass burials and devastation from Gaza break the global heart. And there’s that persisting disparity in numbers: the Gaza toll is twenty times higher than the Israeli loss of lives.

That is the news. The views follow a familiar narrative arc, in which the visually rich victimhood cancels out the existential crisis of Israel, a state “brutalised and brutal.” Its morality is doubtless, a stark interplay of good and evil in which the elasticity of history is only matched by the banality of the aggressor-driven argument for justice. It’s perhaps the most shared inheritance from the politics of homelessness.

It’s rooted in the old romance of the Palestinian struggle, personified by the wandering statesman without a state, the most feted (mostly in Third World capitals) Chairman of Homelessness, his keffiyeh and lately empty holster abiding symbols of freedom usurped. When another image—of the suicide bomber seeking justice in paradise and avenging injustice on earth—took over, it was ‘analysed’ as necessary martyrdom of the desperate and the dispossessed. Still, those who cried for the Palestinian struggle—terror was the wrong word—kept their conscience alive by reciting Mahmoud Darwish (In Gaza time is not relaxation but storming into the blazing noon...) or selectively quoting from Edward Said (whose own disillusionment with the trajectory of the struggle’s leadership is another story). Palestine, within this narrative arc, was steeped in the absolutism of victimhood. It abolished the context and sanctified the text of ‘homelessness’.

Everything has changed—the struggle, the leadership, the ideology…What remains constant is Israel’s determination to exist, and its severity takes a disproportionate number of Palestinian lives, no doubt. The PLO has already become a redundant acronym, and the Palestinian National Authority is an autocracy confined to the West Bank. It has followed a familiar path in the history of resistance, maybe prematurely, for its authority is still partial and freedom is nowhere in sight. With that limited authority, it has assumed all the characteristics of a full-fledged dictatorship, still invoking Arafat. It has only a tenuous bureaucratic grip over the Palestinian freedom movement.

The movement’s sole custodian is Hamas, an Islamist-terrorist organisation that controls Gaza. With Hamas, armed to the teeth by Iran and true to the Book, at the helm, the Palestinian struggle has become an episode in the larger drama of jihad. Ceasefire may come and go, but the fundamentals of terror and denial will remain intact. The old two-state formula is meaningless for god’s terrorists, for whom Israel is a lie, an imposition and a repudiation of the divine mandate. The best intentions of peacemakers, in Washington and elsewhere, are nullified by Hamas’ war for the creation of an Islamic imperium. Iran, consistently contained by Israel, has found in Hamas a capable proxy in the war against its biggest fear. The old poetics of Palestinian struggle works only for those who shut out reality for the sake of conscience-soothing pieties of progressivism.

Today, the overwhelming progressive consensus on the crime against humanity in Gaza—there’s no denying the fact that Gaza is bleeding and dying in the rubble of war—overlooks, knowingly, the existential anxiety of Israel even seven decades after its formation. There’s reconciliation within Israel—20 per cent of its population is Arab—but it’s the theology of denial, exemplified by Iran and its proxies, that makes the two-state solution further remote. The progressive consensus has become an apologia for the theocratic struggle for the One and only state. With Hamas in the vanguard, the struggle will never end because Israel cannot afford a solution by denying itself the right to exist. What do the progressives want, really? It can’t be what Hamas wants.

I can’t resist quoting from this little book, Dear Zealots: Letters from a Divided Land, Amos Oz, himself a dove, wrote towards the end of his life: “Contending with fanaticism does not mean destroying all fanatics, but instead cautiously handling the little fanatic who hides, more or less, inside each of our souls. It means ridiculing, just a little, our own convictions as well, being curious, and trying to take a peek, from time to time, not only through our neighbour’s window but also, more importantly, at the reality viewed from that window, which will necessarily be different from the one seen through our own.” Curiosity has been replaced by righteous consensus, and there is only one reality, absolute. That’s tragedy updated for a homeless people.