The Divinity of Desire

Happiness and the permanent search of the compassionate 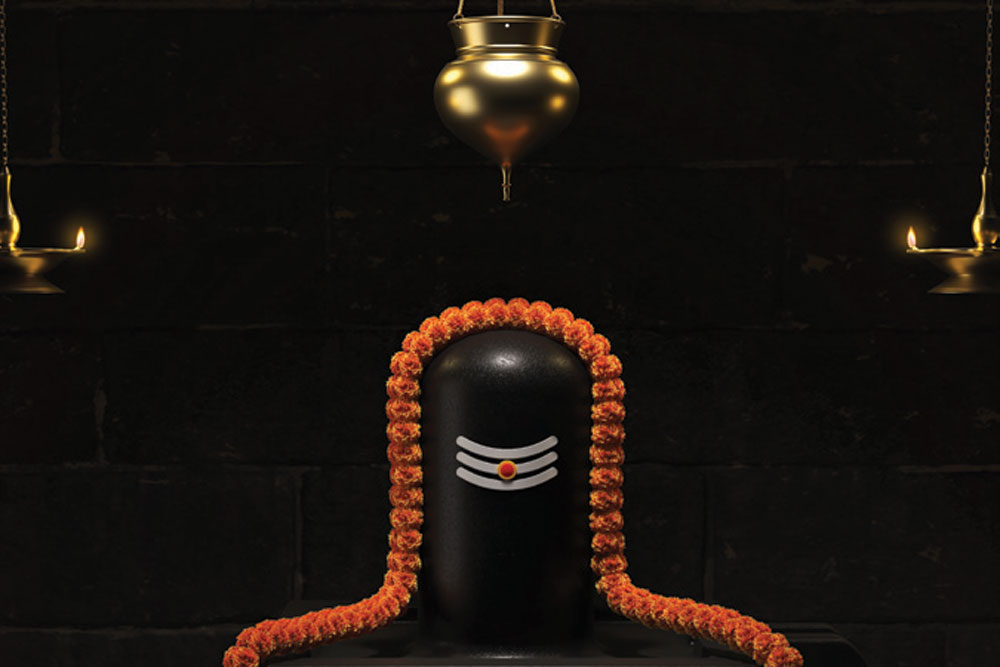 
WE ARE STILL left with the last jyotirlingam of Ghushmesha.

Suta said, “In the southern direction, there is the supreme mountain known as Devagiri [identified with Daulatabad.] A Brahmana named Sudharma, born in the Bharadvaja lineage, lived close to it. His beloved, Sudeha, was devoted to following Shiva’s dharma. Sudharma, best among the Brahmanas, worshipped the devas and guests. He was always engaged in Shiva’s rites. He was Shiva’s devotee and loved those who were Shiva’s devotees. He did not have a son and his wife’s menstrual cycles were futile. However, since he possessed jnana about the nature of material objects, he did not grieve over this. However, at not having had a son, Sudeha was miserable. Every day, she entreated her husband to make efforts so that they might have a son. He reprimanded his wife. “What will a son do? Who is a mother? Who is a father? Who is a son? Who is a relative? Who is a beloved? There is no doubt that everyone in the three worlds is selfish. Use your intelligence to particularly understand this and do not sorrow.”

On one occasion, Sudeha went to a neighbour’s house. She had gone for a friendly conversation with a neighbour, but a dispute ensued there. Because of her feminine nature, that wife censured her. The neighbour said, “What are you proud about? You don’t have a son. I have a son. My son will enjoy my wealth. Who will enjoy your wealth? There is no doubt that the king will seize your wealth. Shame on your wealth. Shame on you. Shame on your pride. You are barren.” Censured in this way, she miserably returned home. She told her husband everything that she had been told. The Brahmana was extremely intelligent and did not grieve. He said, “Let her say whatever she wants to say. What is destined to happen, will occur.” Though she was repeatedly comforted in this way, she could not give up her grief. She entreated him anxiously. Sudeha said, “You are loved by me and you must do whatever you can to have a son. Otherwise, I will give up my body.” Sudharma remembered Shiva. The Brahmana flung two flowers into the fire that was in front of him. In his mind, he thought that the flower on the right would give him the desired son. Having taken this pledge, the Brahmana spoke to his wife. “To obtain the fruit of getting a son, take one of the two flowers that are in front of you.” She thought in her mind, “I will have a son. Let the flower my husband thought of come to me.” Saying this, she prostrated herself before Shiva. She then accepted one of the flowers. As a result of the delusion caused by Shiva’s will, Sudeha did not pick up the flower her husband had thought of. Seeing this, the man sighed. He remembered Shiva’s lotus feet and spoke to his beloved. Sudharma said, “This has been ordained by Ishvara. It cannot but be otherwise. Cast aside your hopes. Serve the lord.” Saying this, the Brahmana gave up his own hopes. He devoted himself to rites of dharma and performing dhyana on Shankara.

However, Sudeha did not give up the desire of having a son. Full of love, she lowered her head, joined her hands in salutation and spoke to her husband. Sudeha said, “If I cannot have a son, please listen to my words. Take another wife. There is no doubt that you will have a son through her.” Sudharma said, “Do not create any impediments in the path of dharma now.” Though restrained in this way, she brought her younger sister home. Having brought her home, she requested her husband to marry her. Sudharma said, “O beloved! You are telling me this now. But if she has a son, you will be jealous of her.” However, she clasped her hands and beseeched Sudharma again. “I will not be jealous of my sister. Please follow my request. For the sake of a son, please marry her.” Accordingly, following the norms of marriage, the Brahmana married Ghushma. Having married her, the Brahmana requested her, “O beloved! This is your younger sister and you must always take care of her.” She served her sister like a servant. Taking her sister’s permission, the younger wife made one hundred and one parthiva lingams every day. Ghushma worshipped them. Having done this, she flung them away into the nearby pond. In this way, she worshipped Shiva every day. When one hundred thousand images were complete, all the desired fruits were obtained. Through Shankara’s favours, she had a son. Seeing him, the Brahmana was delighted. Devoted to the dharma of jnana, he was happy, but not attached. However, Sudeha became fiercely jealous.

She could not tolerate Ghushma’s happiness and started to oppose her. Since she had given birth to a son, everyone constantly praised her. Sudeha was unable to tolerate the handsome child. Meanwhile, the Brahmanas arrived, offering to bestow their daughters. Along with Ghushma, Sudharma followed the rituals and arranged for the marriage, filled with great bliss. All the relatives showed a great deal of respect towards Ghushma. Seeing this, Sudeha’s mind was inflamed with rage. When his son was married and brought the daughter-in-law home, Sudharma was enthused and displayed his joy to both his beloved wives. Ghushma was delighted, but Sudeha was full of misery. Ghushma said, “These are your son and daughter-in-law, not mine.” Indeed, the daughter-in-law regarded her as the mother-in-law and the son regarded her as his mother. The husband also loved the elder wife more, not the younger. Nevertheless, the elder had this impurity in her mind.”

Sudeha thought, “How can my misery be pacified? It is certain that the fire in my heart can only be pacified through Ghushma’s tears of grief. There is nothing else that is the cause of my sorrow. Therefore, today, I will kill the son.” One day, the son and his wife were sleeping in the night. The elder took out a knife and cut off his limbs. She sliced off the limbs of Ghushma’s son, took them to the pond and hurled them there. She flung them at the place where Ghushma flung the lingams every day. Happy, she returned and slept. In the morning, Ghushma woke up and performed her daily tasks. Meanwhile, Sudeha also happily went about the household tasks. In the morning, the daughter-in-law woke up and saw that the bed was wet with blood, with a few pieces of the body left. She went and asked her mother-in-law, “Where has your son gone? The bed is wet with blood and a few pieces of the body can be seen. Woe is me. Who has done this wicked act?” She lamented about her beloved. Sudeha’s mind was filled with joy, but externally, she displayed her grief. Ghushma heard her daughter-in-law’s miserable words. However, she did not deviate from her vow and did not give up the daily worship of the parthiva lingam. There was not the slightest bit of mental anxiety in her. Her husband also continued to observe the vrata in the proper way. When the worship was completed at noon, she saw that terrible bed. Even then, there wasn’t the least bit of grief in Ghushma. She did not grieve. Resorting to her fortitude, she immersed herself in Shiva.

With her mind in the same state as it used to be earlier, she took the parthiva lingam and chanting Shambhu’s name, went to the bank of the pond. She flung the parthiva lingam in. As she was returning, she saw her son standing on the bank of the lake. The son said, “I meet my mother. I was dead, but have come back to life now. This is because of the power of your good deeds and Shankara’s favours.” Seeing her son alive, Ghushma was not delighted, just as she had not been miserable earlier. At that time, Shiva himself appeared in front of her, in the form of a mass of light. Satisfied, Mahesha spoke. Shiva said, “I am pleased. Ask for a boon. The wicked one had killed him. I will kill her with the trident.” Ghushma bowed down and prostrated herself before Shiva, asking for a boon. “O lord! Sudeha is my sister. She must be protected by you. As soon as you are seen, no sins remain.” Hearing her words, Maheshvara was pleased even more. The ocean of compassion, affectionate towards his devotees, spoke again. Shiva said, “O Ghushma! Ask for another boon. I will grant what is beneficial for you.” Hearing this, she said, “If a boon is to be given by you, for the protection of the worlds, please remain established here, under my name.” Maheshvara Shiva replied, “I will remain here, under your name. I will be known as Ghushmesha, the one who bestows happiness. My auspicious and extremely famous lingam, known as Ghushmesha, will originate here. This pond will always be a store of lingams. This place will be famous in the three worlds under the name of Shivalaya. When it is seen, this pond will always bestow everything that is desired.” Saying this, Shiva assumed the form of the lingam named Ghushmesha. The pond became famous under the name of Shivalaya.”