State of the Gradualist

Modi has resisted the playbook of populism 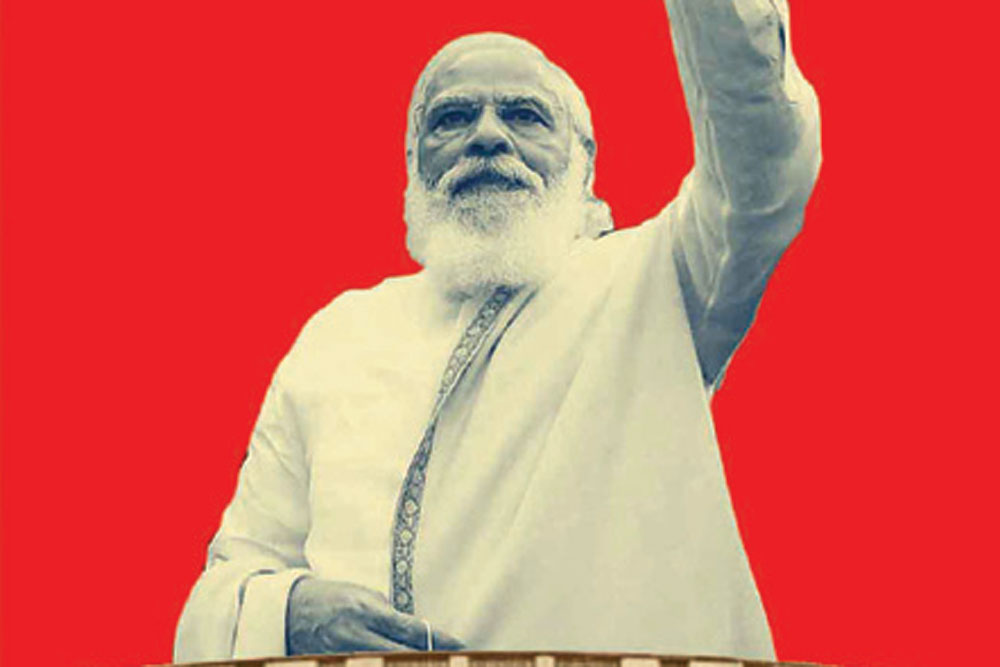 THE CONTEXT MAKES all the difference to the text—you may add the prefixes of sub- and meta- this time—of Nirmala Sitharaman’s Budget. While she was presenting her proposals for growth and modernisation in Parliament, elsewhere in Delhi, a protest with archaic demands was playing out, gathering support from those who were desperate for the theatre of resistance—and, as argued in this space last week, suffering from Modi Derangement Syndrome. The Siege of Red Fort came after the Government had surrendered by putting its agricultural modernisation agenda in deep freeze. The protest, which is now endorsed by celebrity hashtags and added to social media’s rage index, demands the death of one of this Government’s bolder modernisation programmes. In Sitharaman’s Budget speech, Modi kind of framed his reply, not to farmers alone, but to all those who are still struggling to define his mind.

The pandemic has provided the other context, a bigger one. A world infected and bereaved largely reacted to the economic cost of it by ‘stimulus politics’ and ‘cheque compassion’, and both invariably came after the initial failures in comprehending the enormity of the crisis. Some leaders pooh-poohed the alarmism of others; some ridiculed the experts; some showed respect to science; and some, rising above partisan politics, had the right words of leadership. Modi, whose trust quotient is higher than most elected leaders in a democracy today, first played the sermoniser, and followed up the wise man’s words with the politics of compassion, all the while giving the experts unrestrained mandate. He rejected the playbook of populism, which mixes sentimentalism and ruthlessness with an autocrat’s efficiency. When Sitharaman’s Budget strayed from the hoary tradition of sop salvation, it was in tune with the prime minister’s philosophy of gradualism in modernisation: no instant therapy, and no desperation for buying happiness. The health package in the Budget, even while responding to the post-pandemic India with administrative empathy and urgency, avoided policy mawkishness. India, considering the state of its civic infrastructure and social disparity, is coming out of the pandemic still gasping for oxygen. The Budget reacted to the moment by addressing the fundamentals of healthcare.

It revealed the gradualist at work, again. And it’s a sight that continues to frustrate those who have been expecting to see the same kind of poetic flourish that set Candidate Modi apart on the stump in Prime Minister Modi too. He moved cautiously, not tentatively. It was the caution of a gradualist who disappointed those who were looking for a version of Reagan or Thatcher with a Hindu nationalist accent. In an unequal country like India, which has not yet achieved the kind of economic stability needed to hold a full-fledged free marketeer, that was an irrational expectation. Did it mean it was the onset of Hindu socialism after the free run of the original that blunted India’s growth? True, the Right always won the economic argument and lost the culture war. In power, Modi, like any other cautious pragmatist who resisted the temptations of ideology, chose the centre, and at times, lived up to the truism that expediencies of governance make all of them a bit socialist. By being unsentimental towards the public sector and discarding the accumulated xenophobia in foreign investment, Sitharaman’s Budget has shown remarkable market confidence. The gradualist has gained momentum.

Is it that the state is retreating? Is it that necessary socialism of the pragmatist is in pause? Such questions are out of place in a world where claimants to the benevolent state are in the ascendant—call it the Bernie Sanders syndrome. The pandemic has spawned a new variety of progressivism in which, as provider and protector, the state should be the most righteous arbiter. We may have been spared such extremism, but we too are fast realising the increasing inevitability of a knowing state in our lives. The problem is with the custodians of the state that knows better—remember that familiar figure of the pandemic leader rearmed? We have been spared such a leadership too. Still, the welfare state is in vogue again, shedding its ideological pretensions. Thanks to the virus, it’s not incompatible with the Right any longer.

The story has many national variations. Seven years ago Modi added a big dose of nationalism to the Indian idea of freedom. It was his way of liberating the Indian story from all those borrowed isms that swayed the original nation-builders. His campaign invocation of a Congress-free India was more than a call for defeating India’s natural party of governance. It was a call for a nationalist reclamation of India, but without bringing gods to the arena. It was the argument of a Hindu nationalist as moderniser that won the elections of 2014. He has not stopped arguing; he has not stopped campaigning. Nirmala Sitharaman has just read out another winning argument of her boss.