Sushmita, who has been on a hiatus from acting for some years, will now return to the screen 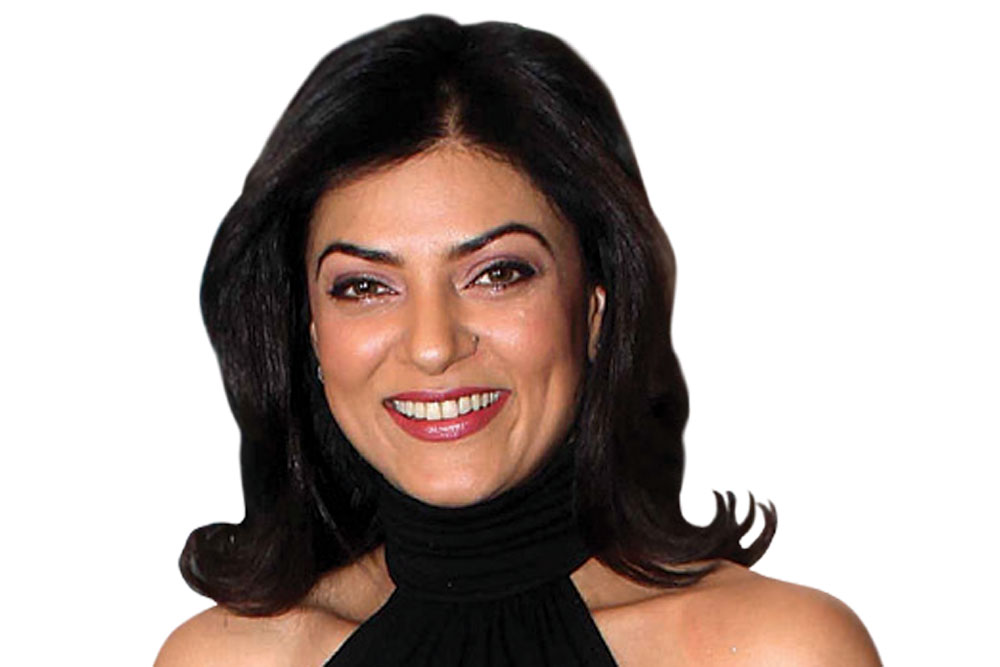 
You really don’t want to get competitive with Sushmita Sen. The former Miss Universe and actor told me she learnt chess during the lockdown from her boyfriend Rohman Shawl, and after he beat her “some 100 times” while teaching her the game, she’s beaten him every single time since she got the hang of it. “Okay, she’s good at chess and I’m a good boyfriend,” Rohman deadpanned in response.

Sushmita, who has been on a hiatus from acting for some years now during which she battled a life-threatening medical condition, will return to the screen in a digital series for Disney-Hotstar that’s titled Aarya. The show is reportedly a thriller and it’s being helmed by Neerja director Ram Madhvani. The actress shot for it over roughly three months in Rajasthan and has been dubbing in a sort of makeshift studio assembled within her own home so the series can meet its May deadline. “It’s going to be the first fully digital show,” she jokes, referring to the fact that aside from airing on a digital platform, the show’s post-production was completed remotely over the internet.

She’s also frequently said she would love to do a sequel to Main Hoon Na (2004), in which she played everyone’s favourite chemistry teacher Chandni Chopra, and has admitted that she often badgers Farah Khan to write one. Farah herself revealed she did have an idea for a second instalment of that breezy campus entertainer but the film’s star and producer Shah Rukh Khan did not seem keen on a sequel.

Sidharth Malhotra’s and Kiara Advani’s fans haven’t stopped cooing and aww-ing since the Student of the Year star ‘crashed’ the Guilty actress’ Instagram live stream earlier this week. Sid snuck into her feed while Kiara was chatting with her fans and proceeded to compliment her (“Looking good”) and tease her affectionately (“Thank you for this lovely chat”) before plugging his film (“Watch Marjaavaan”). Sidharth and Kiara, who star in Shershaah, have reportedly been dating for some months now.

Earlier this week, I spoke with Sidharth about the controversy over the remix version of AR Rahman’s popular ‘Masakali’ number that’s just been released by T-Series as a standalone track and whose video he features in with his Marjaavaan co-star Tara Sutaria. Music lovers and purists have slammed composer Tanishk Bagchi for what has unanimously been hailed as a pale imitation. Even the usually non-confrontational Rahman took to social media to express his displeasure over the remix.

Sidharth, who has also received flak for starring in the video, told me the track was meant as a promotional number for Marjaavaan but was dropped from the film eventually. “I understand the outrage,” Sidharth said. “If someone were to remake a film of mine and it wasn’t done with utmost taste, I’d be annoyed too,” he explained. He pointed out that other films of his have featured remixes too and that it’s not an actor’s place to say he won’t appear in a song if the makers have picked it for their film. But he did say he was going to be a lot more careful going forward.

A popular young actor who has had back-to-back duds in expensive commercial projects is reportedly spending lockdown rethinking his career strategy. The actor has never made any bones about the fact that he wants to be a ‘masala hero’, but recent failures have made him question whether he needs to expand his scope of work. Earlier attempts to stretch his range with meaningful films yielded encouraging responses from fans and critics.

Yet, he doesn’t want to do what he has described to his inner circle as “hardcore niche films”. (Whatever that means!) According to the industry grapevine, he’s been having regular chats with one young filmmaker whose two films were both high-concept, ‘content driven’ crowd pleasers with shrewdly integrated social commentary. He’s badgered him to come up with something that would suit his oversized personality, and turns out they’ve agreed on a dark comedy with monster movie undertones. More soon; watch this space.