Reflections on the Origins of Covid-19 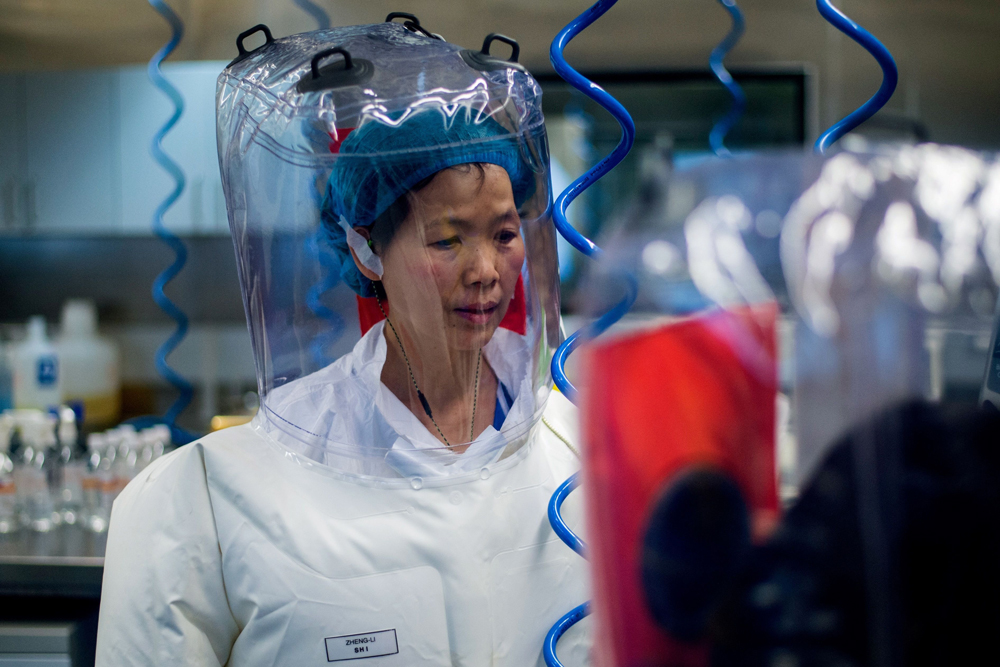 A worker inside the P4 laboratory in Wuhan (Photo: Getty Images)


Shakespeare has an appropriate line for every situation and occasion. May be more than one, some of which may contradict each other. But for Covid-19, he gave an unexceptional explanation. ‘Like flies to wanton boys are we to the gods; they kill us for their sport.’ For a poet, for whom cause and effect are interrelated in his plays, such a transfer of blame to the gods is extraordinary. In some plays, the bard has placed on man himself the responsibility for his joys and sorrows. But in the present case, his reference to the sport of higher authorities, which lets the man off the hook appears apt. Nothing else can explain the agony that humanity is facing today. The unseen enemy appears to be everywhere and strikes people for no rhyme or reason and no one knows what the world left behind by the virus will look like.

On second thoughts, we should read ‘the gods’ in a broader sense as it is the world’s powerful men are the ones who have no qualms in taking the lives of gladiators, lions, bulls and birds for the thrill of it. Hunting was an indispensable skill for emperors and kings of yore for no practical benefit to them. They could be compassionate to living beings and passionate about robbing them of their lives. The legend of Rantideva speaks not only of his having saved the life of a pigeon, but also of turning a river in Chambal red. Ma Nishada reverberates in our scriptures even as kings engage in their pastime. There is at least one real-life leader today who speaks callously of human lives as though lives should be sacrificed to safeguard the livelihood of survivors.

If we were to examine the other theories about the coronavirus havoc, we would reach nowhere. The wet market of Wuhan was the pride of China for centuries, feeding the rich and the powerful people of the world with the most exotic meat without being accused of creating a pandemic. To conclude that the same market caused the coronavirus in 2019 seems implausible and the market is back in business and the mouthwatering slimy reptiles and other creatures still adorn the dining tables of the culinary connoisseurs inside and outside China.

The villainy of creating a new biological weapon in its quest for world hegemony is not beyond the Chinese. It is believed that they not only created the weapon, but also its antidote to save their own people when the weapon is launched against their rivals. But there is no evidence to this even after the US intelligence arrested US citizens who may have collaborated in the project. The clamour for a joint inspection of the concerned laboratory by the US Secretary of State has fallen on deaf ears so far and if at all an inspection takes place, it will be after the horse has bolted. Any incriminating evidence will fly in the face of the Chinese effort to be the hero of Wuhan, not the villain. China wants to turn the Belt Road Initiative to a great humanitarian effort.

Then there are the poets, intellectuals and thought leaders of India who have taken upon themselves the guilt of destroying the earth in the process of seeking livelihood for themselves in a world already devastated by the industrial revolution. Unaware of the environmental colonialism that the wealthy have sought to impose on the poor, they have become environmental fundamentalists without realising that poverty is the worst polluter. Some of them have already held requiems for the poor globe. ‘Mother Earth, you are not dead yet, but for your impending death, let me wish you eternal peace,’ wrote Jnanpith awardee ONV Kurup to much approbation.

It is not a sin to use the resources of the earth, which are in plenty for every man’s need. It is the polluters who must pay, said Indira Gandhi in 1962. In 1992, we struck a grand bargain in Rio to save our survival emissions and to reduce their luxury emissions. But today the developed world insists that ‘common but differentiated responsibilities’ is the mantra. Otherwise, Mother Earth will strike back and every wind that rages, every flood that occurs and every drought that strikes will be the result of our wayward ways. The present generation is not more profligate in spending resources than the previous one, but it gets a bad name because it is being targeted by the Western consumer society. Or is the pandemic merely an instrument of nature for accomplishing demographic balance?

If the wet market in Wuhan, the laboratories in the same city, the vengeance of the earth against anthropogenic pollution or nature’s way of making demographic correction are not the reason, we need to look elsewhere for the cause of the pandemic. In a world which has seen manmade disasters from time to time, the search is on for the one tragic flaw in man that may have brought Covid-19 upon ourselves. But till that is found, we must believe that we are mere victims of gods and powerful leaders who revel in killing us for their sport.

The Phase Down Effect

An Indian August at the UNSC