The gossip is that the Gandhi family, particularly Rahul Gandhi, is not keen on contesting from Amethi again 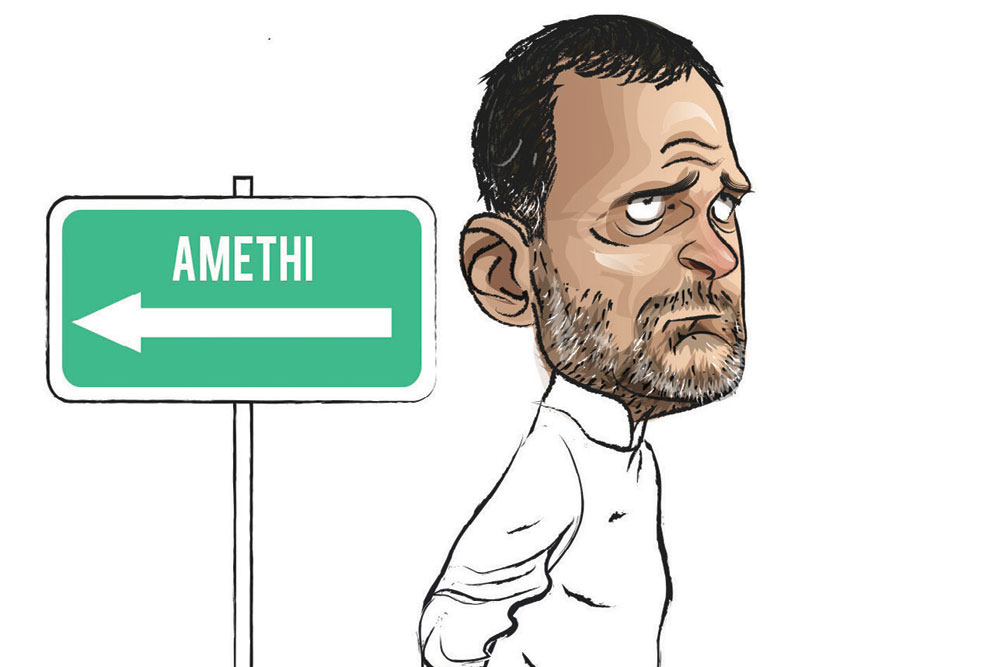 
SMRITI IRANI SEEMS rooted in her Amethi Lok Sabha constituency and visits it regularly. But the gossip is that the Gandhi family, particularly Rahul Gandhi, is not keen on contesting from Amethi again. He will fight only from Kerala. Also, Sonia Gandhi is not eager to fight from Raebareli. But Priyanka Gandhi is likely to contest in the Lok Sabha elections in 2024 since her children have, admittedly, grown up. She has time to spare. Senior Congress leaders, however, feel that if Rahul were to lead Congress in 2024, he should not vacate the north. Instead, he could fight from Raebareli, and Priyanka could take up the cudgels from Amethi. In that case, Smriti might go all out against Rahul in Raebareli.

After the UP Assembly election, the Congress high command is planning to revamp the party membership drive overseen by Congress leader Madhusudan Mistry. The drive had started from the room of Congress leader Bhakta Charan Das at the All India Congress Committee office in New Delhi. As Mistry reviewed the drive, glitches were found, and it was decided to remove a bulk of the pradesh returning officers (PROs). The new membership drive will get underway soon.

As the name game for the vice president’s post hots up, Kerala Governor Arif Mohammad Khan and West Bengal Governor Jagdeep Dhankhar seem top contenders. Though Khan is a minority representative, Dhankhar seems to have stronger credentials with a good legal background. He has a clear understanding of the Constitution and was even the parliamentary affairs minister (1989-90). Other names doing the rounds for the post are those of Ghulam Nabi Azad and Sumitra Mahajan.

In Kerala, the youngest mayor of the country, Arya Rajendran, 22, is set to tie the knot with the youngest MLA in the state Assembly, Sachin Dev, 28. Both were members of the Students’ Federation of India (SFI), the student arm of CPM. Rajendran is the mayor of Thiruvananthapuram. Reportedly, Prime Minister Narendra Modi is in the know, too, and has advised his team to wish the couple as soon as the date is finalised. 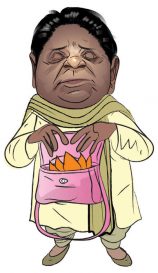 What is the roadmap of Mayawati’s politics? Is she ready to retire now? Or is she preparing for a future role in national politics? Mayawati is now very close to BJP and her man Friday Satish Mishra, the retired Brahmin bureaucrat, maintains an equation with the BJP brass. It has set tongues wagging that Mayawati may be interested in being the first Dalit president by consensus. And in case BJP endorses her, if the rumour is to be believed, she can even merge her party with the former. For BJP, it will be a case of consolidation with the upper castes and Dalits coming into its fold.

West Bengal Chief Minister Mamata Banerjee, we learn, is not in favour of severing ties with political strategist Prashant Kishor. She had, in fact, invited Kishor and his best friend, Trinamool Congress Vice President Pavan K Varma, to the last core group meeting. Though the duo could not make it then, Banerjee has invited Kishor over and a meeting is expected soon.

Many G23 dissenters are trying to buy peace with Rahul Gandhi, including Shashi Tharoor, Bhupinder Singh Hooda and Prithviraj Chavan. They hold a grudge against Ghulam Nabi Azad for leaving them in the lurch. And there is a growing buzz in Congress circles that Azad is set to form a regional party in Jammu and Kashmir where Assembly polls may be held along with Karnataka or Gujarat later this year. Now, Congress is expected to do well in Uttarakhand, and disgruntled party leaders feel a good showing in Punjab and Goa would further bolster the party, while a poor performance may force Rahul to prop up someone else as the next party president.

After Ahmed Patel’s death, Sonia Gandhi is learnt to have got close to none other than CPM leader Sitaram Yechury who, with a Nehruvian mindset, comes closest to Congress ideologically, unlike others in his party. Rumour has it that Yechury’s mandate now is to promote MK Stalin of the Dravida Munnetra Kazhagam (DMK) over Mamata Banerjee’s TMC. So, Yechury wants to form a Congress-DMK alliance to take a lead in opposition politics at the expense of the TMC-Telangana Rashtra Samithi-Nationalist Congress Party tie-up after the Uttar Pradesh Assembly election. Perhaps, Yechury wants Banerjee’s non-BJP chief ministers’ conference to come a cropper.

Following the state Assembly election results, Mamata Banerjee is planning to visit New Delhi on March 10, four days before the Budget Session of Parliament reconvenes, for two-three days. Banerjee is learnt to be keen on forming a national alliance against BJP and is not averse to talking to Sonia Gandhi. Banerjee understands Congress needs the support of regional parties, like her TMC, to take on BJP.

Shimla recently witnessed high-level backchannel diplomacy between India and Bangladesh. Several Bangladesh ministers were present, along with BJP MP MJ Akbar and member of the National Executive of the Rashtriya Swayamsevak Sangh (RSS) Ram Madhav. It was an opportunity for the Indian side to get to know their neighbour better, particularly after the attacks on Hindus in Bangladesh.

In the last presidential election, while the media kept guessing the name of the candidate for the top post, Ram Nath Kovind’s candidature took everyone by surprise. This year, too, with the election slated to be held in April, Nitish Kumar’s name and those of a few others have been reportedly doing the rounds, including Vice President M Venkaiah Naidu’s. If Naidu became president, he might get the support of both the Telangana and Andhra Pradesh chief ministers since he is from that region. Besides, he is known to be non-controversial and had a stellar innings as the chairman of Rajya Sabha. Also, he is a favourite with some members of the opposition.