For the Congress today, what matters is not power but complaining about power 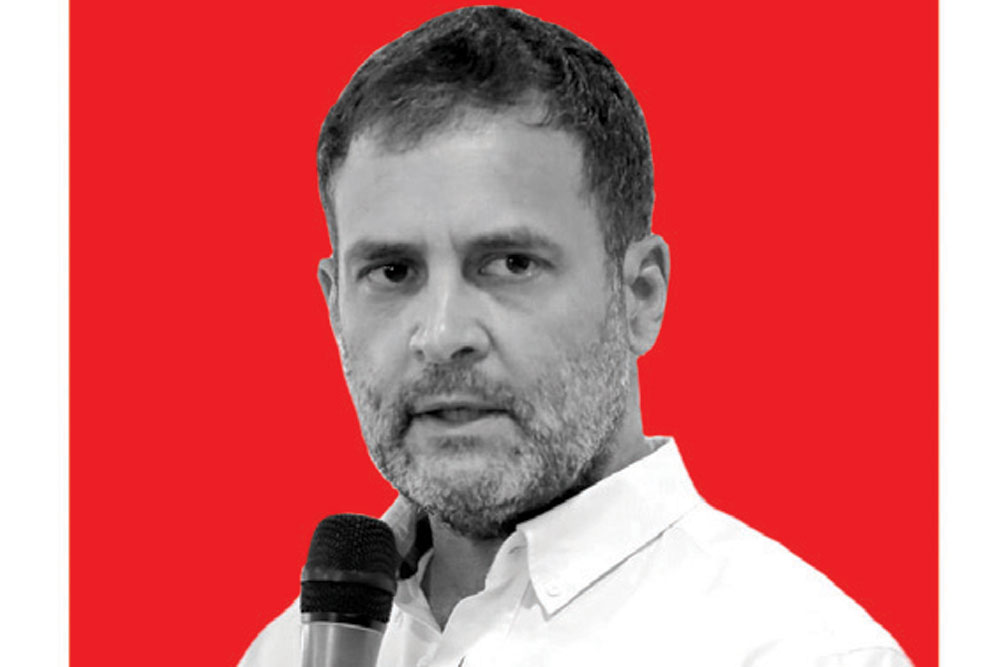 FOR A TELLER of scary stories about stifled democracies, it was a perfect audience, steeped in the radical liberal sensitivity of post-Trump America. And the story that Rahul Gandhi told them could have earned him a prisoner-of-conscience asylum. It was a story with metaphors borrowed from the fallen Republics of Fear, faux democracies presided over by decorated dictators, each with a legacy of starting a revolution and building a terror apparatus. As a storyteller of the horror genre, Rahul Gandhi chose his history for maximum chill. This is the gist of what he told his audience, the students of Brown University: India is an elected dictatorship, like Iraq and Libya in another time, classic examples of sham elections in which the supreme leader won with 99 per cent majority. So, don’t be fooled by Narendra Modi’s status as one of the most popular rulers in a democracy, he let it be known. In the India story Rahul told them, Modi’s victory was not much different from Saddam Hussein’s or Muammar Gaddafi’s. The only untold, and partially redeeming, part of the story was: the subversive storyteller from Modi’s monstrous Mesopotamia was still alive to tell the truth.

By the time the Indian storyteller, who also happens to be the ‘free-thinking’ custodian of one of the longest family traditions in politics, reached his American audience, they knew a few things about democracy and the grotesquerie of the elected leader, and they must have been comfortable in their belief that what they had experienced till January 19th marked the limits of forbearance. Then, along came the storyteller from the other largest democracy, with a horror story scarier than what America had lived through. And it was quite possible that students of political history among the audience could have been under the impression that it was another Gandhi, the most popular of them all, who embodied the totalitarian temptations of Indian democracy at one point. They were proved wrong by the grandson Gandhi who had to borrow heavily from the glossary of liberal demonology to make the story darker.

Then, those who were not in the audience should know: Rahul’s comparative studies in political science have ceased to boggle the mind. What he had done differently this time was to tap the rich vein of liberal pieties that pervade the public squares of the West. Maybe it’s wrong to use the adjective liberal before pieties for the simple reason that some doses of classical liberal pieties—free speech, for instance—would have made life easier for so many heretics. The radicalised liberal, now proudly holding the banner of ‘progressivism’, has returned to the old nomenclature of evil to start a war on the idyll-breakers from the Right—and even from the Centre. With casual aggression, they are being indexed and exiled. In politics, popularity can no longer be an alibi; it is, in the progressive telling, a manipulated magic of electoral politics. The wisdom of the lofty few is more rewarding—and necessary—than the superstition of the masses. Americans may have had a horrible experience with the ugly, unhinged side of electoral popularity; India’s Saddam exists only in the hallucinations of a leader in search of self-serving horror stories. The Book of Progressives came handy to Rahul Gandhi.

It didn’t earn him anything but another bizarre headline. By questioning the electoral process that had made Modi one of the most powerful leaders today—so powerful that it forced Rahul to mouth bad history—in front of an international audience, the Congress leader has, for the first time, invalidated India’s constitutional democracy itself. He is out of power because, he conveyed to his audience, the highest political power in India is the result of a subversion of democracy. The Rahul who spoke to the Brown students was actually presenting Rahul Gandhi as a victim of the new Republic of Fear to the world. A victim of illegitimate power, he made them believe.

In his case, it doesn’t take much ingenuity to turn failure into victimhood. It’s not just a failure in winning elections, which was understandable considering his visible incomprehension about the nature of political power itself, particularly so when pitted against someone who believes that power is transformational and hence politics is not always a struggle against power but more a struggle for power. He never looked interested. The bigger failure was his refusal to make himself a practitioner of what he preaches about democracy to indulgent audiences abroad within his own party, which is still waiting for him to get ready, though he doesn’t realise that waiting is proving to be as good as atrophying. He alone can afford to play the party’s extra-constitutional insider-outsider, the only privilege he is not bored with yet. And that’s why dissenters are allowed a corner; he has the entire House to himself to play the roles he chooses. For the Congress today, what matters is not power but complaining about power. As Rahul Gandhi does with his misplaced comparative studies.