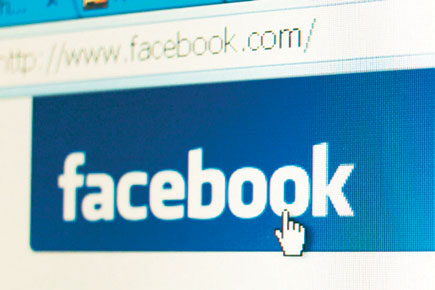 THAT ONE MAN’S terrorist is another’s freedom fighter becomes more pertinent when the terrorist takes over a government and all the resources that come with it. What choice does the world have? Recognition must come, slowly but eventually so long as they can hold on to power. China, the second superpower in the world, has accepted the Taliban as Afghanistan’s government. The rest of the world, including India, will also do it. These decisions are governed by the exigencies of diplomacy but does a private company have any business interfering in such issues? They can either do business or not, but what is their remit in ostracising the government as most social media giants are now doing with the Taliban?

Facebook is the main actor in this. Taliban, for instance, put up a WhatsApp helpline for people. The Financial Times reported: “The complaints number was supposed to act as an emergency hotline for civilians to report violence, looting or other problems. The Taliban advertised the helpline on Sunday when it captured the city, and has used similar WhatsApp hotlines in the past, for example when it took over the city of Kunduz in 2016… Facebook, WhatsApp’s owner, said it had blocked the number on Tuesday along with other ‘official Taliban channels’, adding that it was actively scanning group names, descriptions and profile pictures on the messaging app to try to prevent the Taliban from using it.” This, the company said, was because US law designated Taliban a terrorist organisation. Meanwhile, YouTube, owned by Google, told CNN that “it will ‘terminate’ accounts run by the Afghan Taliban, clarifying its earlier remarks that suggested the group is not banned from the video platform.”

That they didn’t have an option is not true because Twitter has refused to do likewise. It released a statement saying that people in the country were using their service “to seek help and assistance. Twitter’s top priority is keeping people safe, and we remain vigilant.” If US law doesn’t force a ban, Facebook and YouTube are exercising judgement. Which essentially means a private company taking a side on the politics of Afghanistan.

Lest you think that the Taliban deserve it, it is only because you and Mark Zuckerberg agree on Taliban. What prevents Facebook from banning the government of India tomorrow? The world is full of unsavoury governments. To ban them, a power possibly unique to social media companies, is to jump into activism. And then there are also all those moments when they don’t apply the same measure elsewhere. Given a chance, both Facebook and Google would jump over backwards to do business with China. Can anyone imagine them banning the Chinese government for what is being done to the Uighurs there? Social media companies are still coming to terms with their own political power and how to wield it but until they figure it out, the best thing they can do is to keep themselves as far away from becoming arbiters of truth and right.