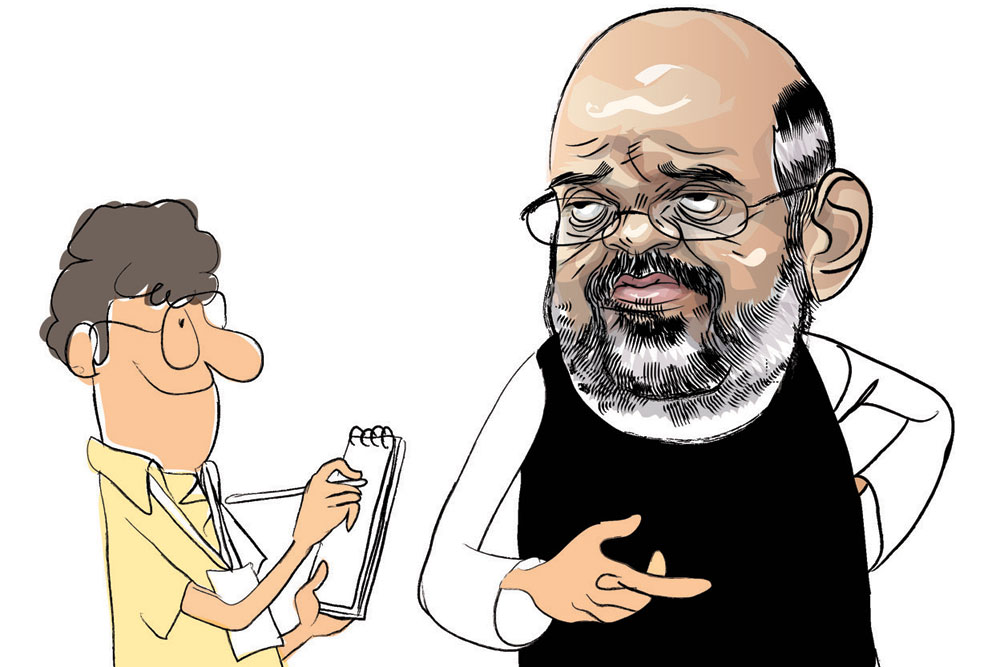 
As impressions go in North Block, Home Minister Amit Shah isn’t the most media-friendly minister around, unlike for instance—at least until recently—Finance Minister Nirmala Sitharaman. Yet, the reality is quite different. Sitharaman stopped accredited journalists from entering North Block unless they had prior appointments with officials a few months ago. Although the Editors Guild nominated a committee to address the issue, and she met with it, there was no resolution. But Shah has taken an entirely different view. Not only have his officials been told he does not favour a ban of entry upon journalists with Press Information Bureau (PIB) cards, his media information officer, a senior lady official, is extremely helpful to
journalists who cover the home ministry, going out of her way to organise bus transport services to cover the Home Minister’s events. Even journalists without PIB cards are helped.

Ashok Malik, recently appointed policy advisor to the Ministry of External Affairs, was chosen by Narendra Modi. A former journalist with a low profile, although he is well-networked within the diplomats’ circuit in Delhi, Malik will essentially serve as an informal bridge between Modi and External Affairs Minister S Jaishankar. He earlier served as the media advisor to the President’s office. His proximity to Modi can also be gauged from the fact that during the ‘Howdy Modi’ event in Texas, Malik was present as a guest of the BJP’s foreign cell.

According to one of the rules brought about to clean up the BCCI, an individual can serve, at the most, only six years as an office-bearer with the board or any of its state associations, after which there has to be a mandatory three-year-long cooling-off period. The new board chief Sourav Ganguly, having served at CAB until recently, thus has only 10 months on the new job. The grapevine in now abuzz with news of Ganguly’s well-wishers pushing the Government to introduce a Sports Bill that will allow him to remain board chief for a total of four years. If such a Bill does come to pass, it will also aid Jay Shah, Amit Shah’s son, who was appointed as board secretary, to have a long stint as the BCCI chief if he’s elected to the position after Ganguly’s tenure. 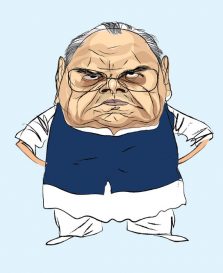 Speaking of governors, Satya Pal Malik was recently transferred from the post of Governor in Jammu and Kashmir to that of Goa because, according to the grapevine, he breached one of Modi’s essential rules for constitutional heads. They should be seen but rarely heard. President Ram Nath Kovind, for instance, never says anything that can remotely spark a controversy. Just before Malik’s transfer order, he created a furore when he issued a statement claiming intelligence agencies did not give him the right feedback on Kashmir.

The Congress is in something of a dilemma in Madhya Pradesh over the setting up of a legislative council. The state’s Chief Secretary SR Mohanty has already announced that the government will be taking feedback from other states with bicameral legislatures. So far, only six states in India have a bicameral legislature. If the council is set up in MP, 77 MLCs (members of legislative council) will be introduced. Chief Minister Kamal Nath however isn’t too keen with the proposal. He is now trying to convince his party leaders that apart from the ability to cast a perception that the party is strong in the two Houses, such a move doesn’t really help in any meaningful way. Neither can the state council leaders be included in the state cabinet, nor can they vote if there is a no-confidence motion against the government.

West Bengal’s Governor Jagdeep Dhankhar has become a figure of much curiosity in Kolkata. Not only did he show up during Kali Puja at Mamata Banerjee’s residence wearing a jacket from the state government outlet Biswa Banga that had been gifted by her (he apparently told her he likes the jacket’s colour and design), he stayed for more than two hours with his wife when just an hour had been scheduled for them. He told several TMC leaders openly of how much he respects the Chief Minister. The local media is understandably astonished given how acrimonious the state of affairs between the TMC leadership and the Raj Bhavan were until a few months back. Some have begun to wonder if this could be part of a
two-pronged approach from the Centre, one side which blows hot, and the other cold.

A Sigh of Relief 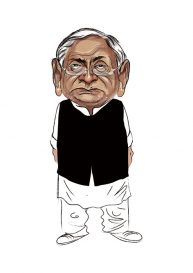 Nitish Kumar is a relived man after the Haryana and Maharashtra elections. With the Bihar Assembly election looming in about a year’s time, Kumar was worried that he would have to settle for fewer seats in its alliance with the BJP. This looked like a real probability when he came for frequent taunts after the floods and dengue outbreak this year by BJP leaders like Giriraj Singh. Now with the setbacks in Maharashtra and Haryana, he believes the BJP will be more accommodating towards its allies and offer a 50-50 seat share in the election next year.

The gossip in Bihar is that Ram Vilas Paswan, 72-years-old and reportedly unwell, has begun to send feelers to the BJP brass that he wants to retire from active politics. He, however, would like a cabinet ministry in the Bihar government for his son Chirag and a constitutional post for himself. His heart is, however, not set for a governor’s post. If after President Kovind’s tenure, Venkaiah Naidu is elevated to that position, he would like the post of vice president for himself. It is best, however, not to lobby too hard. In the BJP of today, where only Amit Shah and Narendra Modi decide on these matters, and that too only announced at the last minute, you can never know what you will eventually get.

Chief Minister Jagan Reddy has been getting the panchayat offices in several parts of Andhra Pradesh repainted from the colours of the Indian national flag to that of his party. As expected, this hasn’t gone down well with Chandrababu Naidu’s Telugu Desam Party. But once the panchayat offices are done, it is expected that these new colours—a combination of blue, white and green—will be expanded to public buses, schools and even wells.