Power and its Contents 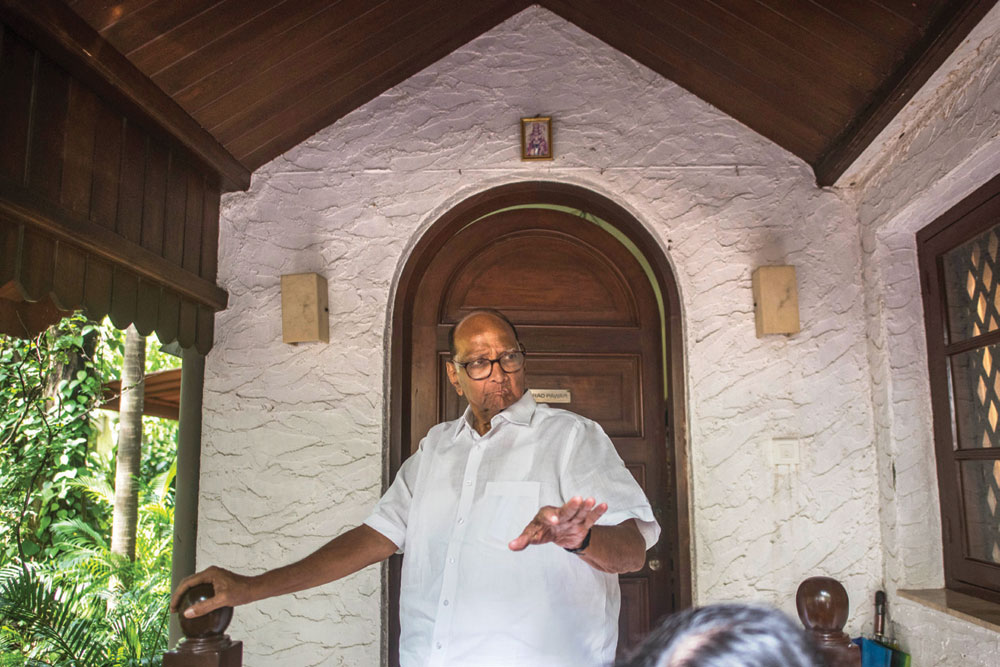 
IT SAYS SOMETHING about Sharad Pawar that just before this election, after a case of corruption was registered against him by the Enforcement Directorate, he said this was only the second time that he faced a criminal complaint. The earlier one had been as far back as 1980 when he had led a farmers’ march. And so, if some historian after a few centuries were to look at the life of Pawar based on police records up to 2018, s/he might get an impression that this was a politician untainted by corruption. But in that same period, a substantial number of those living in the state of Maharashtra might have an entirely different perspective.

The rumour mill can be wrong but among the many things said about Pawar is also that he might be the rich•est politician in India. But allegations, like nexuses with real estate, sugar and educational barons, hasn’t had any impact on his popular appeal. Or made him a target for political opponents in power until now. That the BJP should have felt emboldened enough to scratch on his reputation might have suggested that the armour had developed chinks but the Maharashtra election results, in which his party did much better than ally Congress, something entirely due to his unflagging campaign, is indicative of what makes for true politicians in India.

Remember that this is a man who had decided to retire. He is also someone who has in recent times had a running battle with cancer. Physically, he seems shrunk and his face is so scarred by the ailment that public speaking is a challenge. But in Maharashtra, when everyone thought this was the end, he again stamped his imprimatur. The Congress rolled over and decided that this was a lost election while Pawar showed the gumption of an upstart. Chances are five years later, his health permitting, he would still be doing the same. That is how elemental politicians are built. If what is said about Pawar’s wealth is true, it would still be missing the point to think that it means anything to him besides being an instrument for power.

What does Pawar have that has made him stronger in this election and, his larger ally, the Congress weaker? There is first the organisation which he has absolute control over, and so like generals in wartime, he can optimise its movement. Secondly, his resources. The NCP has never wanted for funds to fight elections while the Congress has to rely on the charity of a few wealthy leaders and why would they part with it if they know the election is already lost. That the root of high-level corruption in India has been election funding is self-evident for decades now. Honesty is a double-edged sword. It can get you a reputation that might swing some votes in an election or two but to be a long-term player winning enough seats to remain relevant, morality is poor currency.

Successful politicians in India are those who don’t delve on this choice too much.