Every election is about the validation of the Modi story 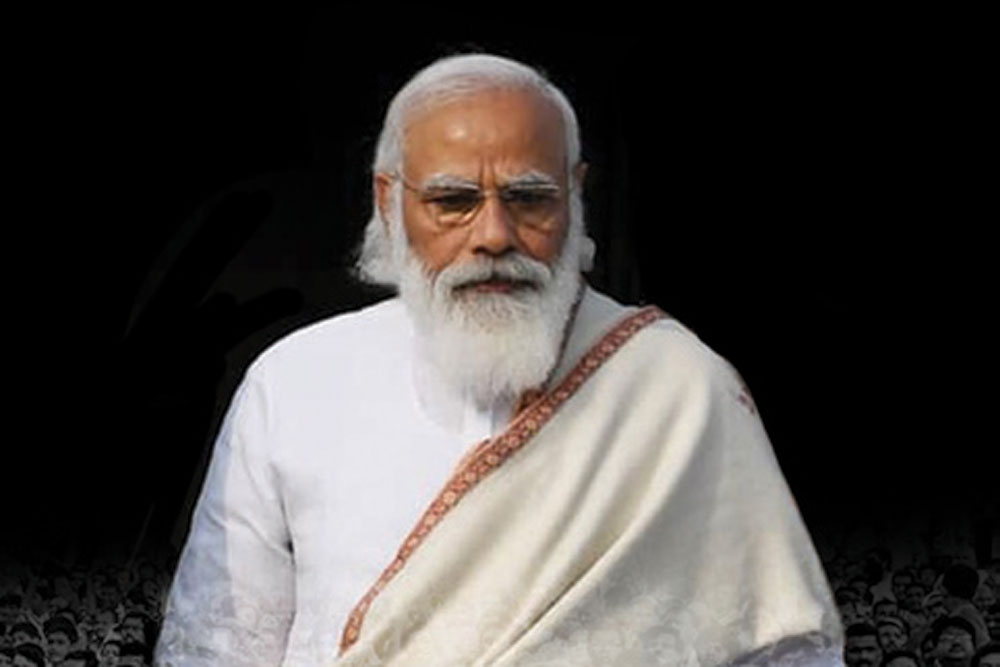 ELECTIONS ARE NOT fought on ideas. Elections are won by individuals who sloganise ideas into fairy tales. We have seen them passing through the abandoned pages of Dreams Rebuilt. We have seen them dancing on the shifting sands of faith and fantasies. And we have seen them growing larger than what we had imagined them to be on the ballot paper. Revolutions, in the name of the people, may have produced leaders larger than their historical size, the enlargement largely a tribute to the ruthlessness with which the state apparatus suspends reality and its resourcefulness in mythmaking. Oversized leadership in democracies may take useful tips from the user’s manual of totalitarianism, but the popularity of the elected leader is built on hopes and fears, and on a people’s disillusionment with the past that he has promised to repudiate. The legends of the elected leader are sustained by trust. It’s such leaders’ struggle for validation that adds to their extra-constitutional aura. The struggle is permanent. The campaign never ends for those who see their election as national destiny. They cease to be driven by ideas; they become the preserver of the idea of themselves. Democracies have never blocked the ascent of me-alone leaders. Democracies have benefited more by leaders who could resist the temptations of popularity.

In the Indian story, Indira Gandhi, the first mythology in leadership we allowed to flourish, fell to the temptation. Her victories were as epic as her defeats, and one thing remained constant: India’s emotional intimacy with a leader who knew how to play with its passions, its attitudes and aspirations. Till the very end India indulged her, and swayed to her moods that ranged from the benevolent to the unforgiving. The assassins’ bullets would break the covenant; in the national memory, she would continue to come back in multitudes. Atal Bihari Vajpayee, too, was indulged, maybe not with the same intensity of emotions. He came from a different political tradition, with a different set of ideas about national renewal. Whenever the individual soared above the ideological stereotype, he was gaining direct access to the popular mind that other parivar veterans could only dream about in spite of working harder, and riding longer in a chariot. Alternating between a pause and the poetic, he humanised the hard edges of ideology, and India loved him for that. The loss of 2004 did not diminish the Vajpayee mystique. It’s still intact. Dictatorships impose the cult; democracies legitimise it.

Today, Narendra Modi is perhaps the most popular leader in a democracy, and no one wins elections with such modulated flamboyance as he does. He became the prime minister after the longest—and the loneliest—campaign in India’s electoral history, and it began from the embers of political adversity that would have shattered a lesser politician. He didn’t have a great political tradition to fall back on; he had only his own hunger, his own conviction. He was the outsider who made himself the great inevitability of India. On the stump, he is a storyteller who doesn’t strictly follow the plotlines of inherited ideology, projecting himself as the moderniser who worships the nation. In power, he is restrained; the flourishes are replaced by caution. Power is a constant campaign, and governance is an argument about the kind of India he has been elected to rule. The more he reveals himself, the more India listens to him, the more we become curious about the working of his mind. There is no pause in his journey; the relentlessness of his campaign makes his politics a national conversation that he doesn’t allow anyone else to control. The singularity, and the inevitable domination, of his story is what drives Indian politics today.

And that’s why, since 2014, there’s been no local election in India. When he’s around, every election is about the validation of his story. It’ so even where victory is not a possibility for his party. In the coming Assembly elections, too, he is the common idea that looms over the states, though BJP itself is not a force to reckon with in a couple of places. Elections, local or national, are about selling a story, and we haven’t many compelling ones left. In another time in Tamil Nadu, the Dravidian kitsch of the scene-stealer and the scriptwriter provided the drama. In an arena vacated by Jayalalithaa and Karunanidhi, it is a very normal affair now. Maybe it’s Bengal that provides a stage for India’s last original from the regions, and Mamata Banerjee is not the one who will easily give away what she had conquered with such panache a decade ago, ending one of the world’s longest serving communist regimes.

In Bengal, only an equally liberating counter-salvation theory can crack the citadel, and it comes from Modi alone. If he is not the thesis, he is the anti-thesis, and in Bengal, it’s culled from the state’s cultural ancestry.

It takes many traditions to make India what it is in its oneness. In politics, it takes one story—and a storyteller—to keep the nation intrigued, if not united.