Of Political Brands and More

Why would Prashant Kishor get into the Congress mess? 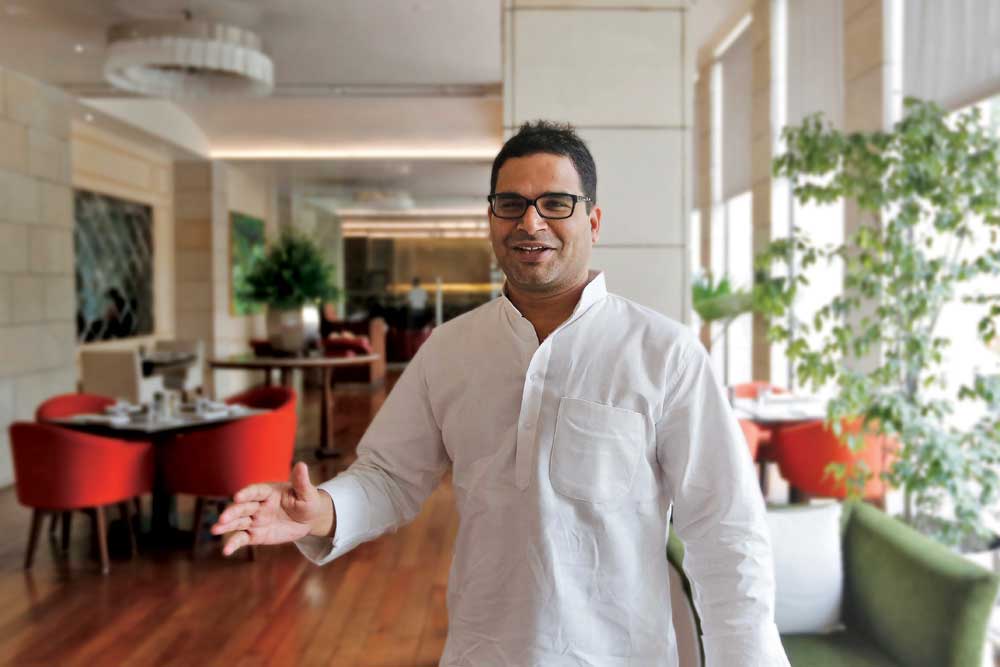 I HAVE NEVER MET Prashant Kishor (PK). But then I’ve never stood for an election, and nor do I imagine I ever will. Like many strategists, PK is now almost as famous as the people he advises. And with fame, come both controversies and envy. Hence, I am not surprised that PK has had his fair share of both. And like strategists, he has no ideological loyalty: only one of hoping that those he works for go on to win elections. Like his clients, he obviously loves the attention: from interviews to statements challenging the status quo, he has done it all. But then like most strategists, he too is error-prone, and to my mind, his recent flirtation with Congress is one such example.

Congress is a unique animal. It claims to be ideological but is far from that. It is like any other political party: desperate to win but just can’t, and that has to do with its present leadership. I am not qualified to comment on Rahul Gandhi’s intellect or the lack of it, or for that matter, Sonia Gandhi’s astuteness.
If track record was the benchmark, both have failed miserably and both have been in denial. Which will be PK’s first major hurdle. You can’t help those who genuinely believe they need no help. Nor can you help those who think they’ve been God-ordained to rule. And while the troika of Rahul, Priyanka and Sonia don’t believe this, the truth of the matter is that India has changed. India is also not a country that respects history too much or believes in its contextual worth.


Sonia Gandhi will use PK as the fall guy as most marketers do when their brand fails to deliver the benefits it promised. The moot question is why would PK want to get into this mess? One thing is salvation: he has worked across the spectrum and when someone is so down in the dumps, even marginal success will have unimaginable amplification

Nehru and Indira are alien to a majority of today’s Indians. In fact, sadly, they are irrelevant to both national priorities and national discourse that exist in India today.

Competitive behaviour is the first thing that strategists analyse and it is clear that the Gandhis and Congress are up against a well-oiled machine which has understood the critical thing about Indian voters: they do NOT vote for development. They still vote along caste, creed and religious lines, no matter how much you tell them about highways and freebies. Remember India Shining. And the fact that Vajpayee lost! For Indian voters, development is the distraction, not the rationale for voting who they vote.

The other factor that must weigh heavily on PK’s mind (if it doesn’t already) is that the Gandhis run Congress as if they own it. For them, it is not a political party but a family-owned conglomerate, which is why dissidence is seen as treasonous. Congress has not unshackled itself of the feudalism that is at its core. Mahatma Gandhi also treated Congress as his fiefdom. So, let’s not blame just the Gandhis. They know no better.

Then there is a mother’s love. For her children. She genuinely believes in their capability and prowess. She believes they are not just qualified to rule but have a right to do so. When you marry entitlement with qualification, in your mind, it’s a lethal concoction and this will be PK’s most formidable challenge. How will you sidestep a mother’s love?

Sonia Gandhi is not intelligent. She may, however, be clever. She will use PK as the fall guy as most marketers do when their brand fails to deliver the benefits it promised. The moot question is why would PK want to get into this mess? One thing is salvation: he has worked across the spectrum and when someone is so down in the dumps, even marginal success will have unimaginable amplification.

I believe this is a challenge that any strategist would revel in because the downside (for the strategist) is minimal. It gets you once again in the national spotlight; you hobnob with the grand old party and you have the right to tell many old fogeys where to get off. What is ironic is that after the West Bengal election results of 2021 were announced, PK told the whole world that he was going to retire. So, if he is treating this Congress assignment as a sinecure, then there is no better retirement plan because you have the added comfort of working with people who also have long passed their use-by date.

As Alice said in Wonderland, this will get only curiouser and curiouser.

In the Name of God