Why UP 2022 will make all the difference 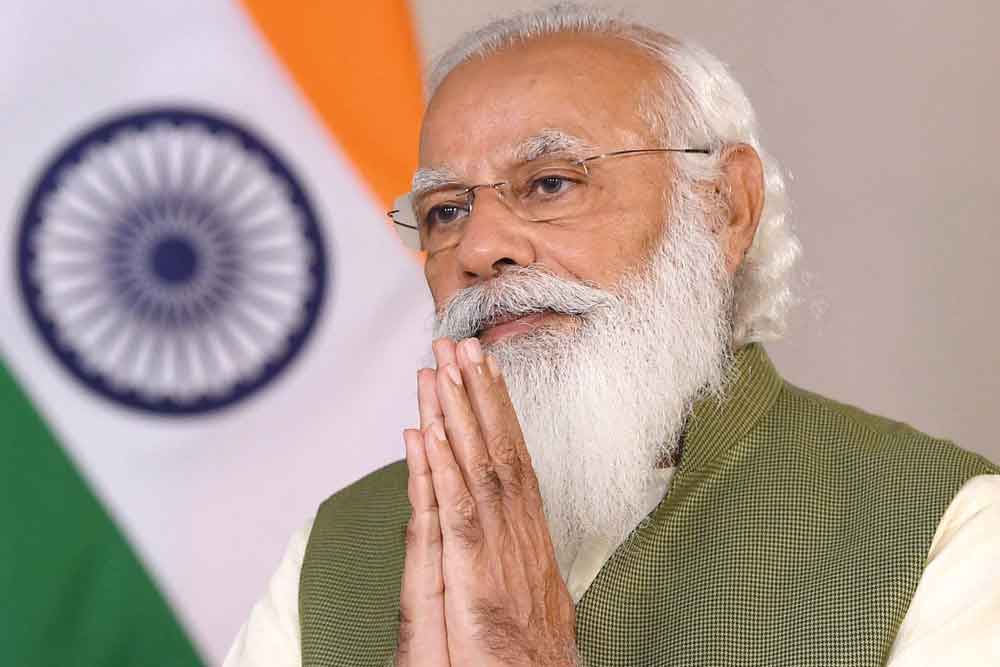 THE 2024 LOK SABHA election is three years away. But the shadow of the key Uttar Pradesh (UP) Assembly polls, due in January-February 2022, is beginning to fall on Prime Minister Narendra Modi.

The road to power in Delhi passes through Lucknow. Lose UP next year and the 2024 General Election will be thrown wide open.

Apart from Uttar Pradesh, six other Assembly elections lie in wait in 2022: Punjab, Uttarakhand, Goa, Manipur, Himachal Pradesh and Gujarat. Of the seven states that go to the polls next year, the Bharatiya Janata Party (BJP) is in power in all but one: Punjab. Retaining all six will be a challenge even if the entire adult population of India has been vaccinated by December 2021 in line with the Government’s ramped up inoculation strategy.

The first casualty will be the large election rallies BJP relies on. After the example of West Bengal where Covid cases rose exponentially after dozens of packed campaign rallies, BJP will be wary of making the same mistake in Uttar Pradesh.

Chief Minister Yogi Adityanath is the man Congress and the rest of the opposition want most to bring down. He evokes the same fear and loathing till now reserved for Modi and Home Minister Amit Shah. At 48, his uncompromising position on Hindutva has made him, among the BJP faithful, a clear favourite as the duo’s
long-term successor.

Congress and Samajwadi Party (SP), though, have smelt blood. Adityanath’s management of the fierce second Covid-19 wave has had mixed results. Cases have dipped but deaths are clearly being under-reported.

Uttar Pradesh, however, has done well economically under Adityanath. The state’s GDP, at Rs 19.4 lakh crore in 2020-21, has raced ahead of Tamil Nadu, Karnataka and Gujarat. It is now the country’s second largest state economy after Maharashtra. Industries have begun to invest in UP. Foreign direct investment has increased. But as in the rest of India, the Covid-19 pandemic has caused a significant loss of jobs.

Priyanka Gandhi Vadra is Congress’ X factor in the UP Assembly election. But the party knows it will have to cling to the coattails of SP to win even a few seats in the 403-seat UP Assembly. The election is likely to be a multi-cornered contest between BJP, SP-Congress, Bahujan Samaj Party (BSP) and smaller regional parties in alliance with Asaduddin Owaisi’s All India Majlis-e-Ittehadul Muslimeen (AIMIM), which will hope to repeat its 2020 Bihar Assembly poll performance.

It would obviously be a mistake to draw parallels between West Bengal and Uttar Pradesh. BJP is the incumbent, not the challenger. The election, unlike the contest between Trinamool Congress (TMC) and BJP, is not binary. The state has a popular chief ministerial face in Adityanath unlike faceless Bengal. Muslims comprise 19 per cent of UP’s population.

The rift between the dominant Jats and Muslims in western UP following the communal riots in Muzaffarnagar in 2013, when SP’s Akhilesh Yadav was chief minister, has been partly healed. But Hindutva still resonates in UP. The construction of the Ram Mandir in Ayodhya is expected to be completed in early 2024, just ahead of the Lok Sabha election.

In the 2017 Assembly polls, BJP won 39.67 per cent vote share. SP (21.82 per cent), BSP (22.23 per cent), Congress (6.25 per cent) and regional parties shared the rest. If SP and Congress fight together, they can convert a multi-cornered contest into a quadrilateral one, improving their chances of wrong-footing Adityanath.

With large campaign election rallies likely to be replaced by smaller gatherings, all political parties will have to adapt their strategies to a Covid environment. Door-to-door contacts by ground-level workers armed with videos and pamphlets could replace rallies when campaigning begins later this year.

Winning 325 seats out of 403 in the UP Assembly, as it did in 2017, is no longer a possibility for BJP. It will set a more modest target: holding on convincingly to India’s largest state ahead of a make-or-break General Election for Modi in 2024.