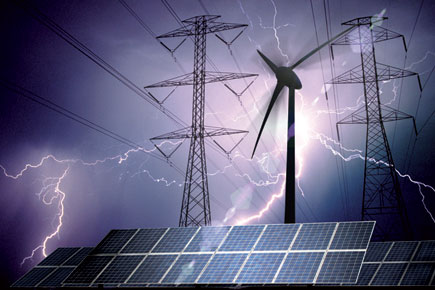 Hydrogen is all poised to restructure the geopolitics and geoeconomics map of the world in the coming years. The rise of the global hydrogen economy is expected to bring about a wave of interdependencies.

While most countries are preoccupied with net-zero deadlines, hydrogen is slowly emerging as a key piece in the entire jigsaw of climate change. And, green hydrogen could be a gamechanger.

A new analysis by the International Renewable Energy Agency (IRENA) says that hydrogen will change the geography of energy trade and regionalise energy relations. ‘Geopolitics of the Energy Transformation: The Hydrogen Factor’ hints at the emergence of new centres of geopolitical influence built on the production and use of hydrogen while the traditional oil and gas trade is on the decline.

“Hydrogen is clearly riding on the renewable energy revolution with green hydrogen emerging as a gamechanger for achieving climate neutrality without compromising industrial growth and social development. But hydrogen is not a new oil. And the transition is not a fuel replacement but a shift to a new system with political, technical, environmental, and economic disruptions,” said Francesco La Camera, Director-General of IRENA.

According to IRENA, over 30 per cent of hydrogen could be traded across borders by 2050, which is a higher share than that of natural gas at present.

However, the diverse nature of the countries and new players in the emerging market will not allow hydrogen trade to be cartelised or weaponised unlike the geopolitical influence of oil and gas. Instead, countries that have not traded energy are emerging as key players in hydrogen trade, and because of it, new bilateral energy relations are being formed around hydrogen.

“It is green hydrogen that will bring new and diverse participants to the market, diversify routes and supplies and shift power from the few to the many. With international co-operation, the hydrogen market could be more democratic and inclusive, offering opportunities for developed and developing countries alike,” added Camera.

As of now, over 30 countries across diverse regions are into hydrogen production and are planning active commerce across borders. While countries like Japan and Germany, which aspire to be leading hydrogen exporters, are working on ‘hydrogen diplomacy’, the traditional fossil fuel big players like Australia, Saudi Arabia, the UAE and Oman are considering clean hydrogen as an attractive way to diversify their economies. But detailed and effective economic transition strategies are needed as hydrogen cannot compensate for losses in oil and gas revenues.

The IRENA report also foresees a “big race for technology leadership” in this decade as technical requirement for hydrogen production far exceeds the estimated global demand for it.

“While countries such as Chile, Morocco and Namibia are not energy importers today, they are set to emerge as green hydrogen exporters. Realising the potential of regions like Africa, the Americas, the Middle East and Oceania could limit the risk of export concentration, but many countries will need technology transfers, infrastructure and investment at scale,” says the report.

By the time the demand for it takes off by 2030s, green hydrogen will cost-compete with fossil-fuel-hydrogen globally, which is poised to happen even earlier in countries like China, Brazil and India. Green hydrogen was already affordable in Europe during the 2021 jump in natural gas prices.

India is expected to be the centre for competitive production of green or clean hydrogen as two of Asia’s richest businessmen—Gautam Adani and Mukesh Ambani—have made it loud and clear that they are going to invest heavily into its commercial production and make India a global leader in hydrogen market.

Ambani’s Reliance is setting up four factories in Jamnagar, Gujarat, for renewable energy, which includes green hydrogen. Reliance has already spent over $1 billion in acquisitions and partnerships in renewables. Experts and analysts estimate that Reliance’s renewable enterprise is worth over $36 billion, which is more than its traditional oil refinery business. Last year, Ambani had declared that his company will produce one kilogramme of green hydrogen for a dollar, the cheapest in the world, and make India the leader in the hydrogen market.

Adani, too, has said that Adani Group aims to be one of the largest green hydrogen producers in the world, making India the world’s cheapest producer of green hydrogen. Late last year, Adani said his company was planning to invest over $20 billion in renewable energy generation over the next decade, making the group’s overall organic and inorganic investments across the entire green energy value chain range between $50 billion and $70 billion.

From a global perspective, forming rules and setting standards and governance of hydrogen could lead to geopolitical competition or a new way and era of international cooperation. However, it is important, in order to prevent decarbonisation divide and promote equity and inclusion, that developing countries are assisted in deploying green hydrogen technologies and establishing local value chains.

Vakkom Moulavi: My Grandfather, the Rebel