India can capitalise with focused and forward-looking policy initiatives 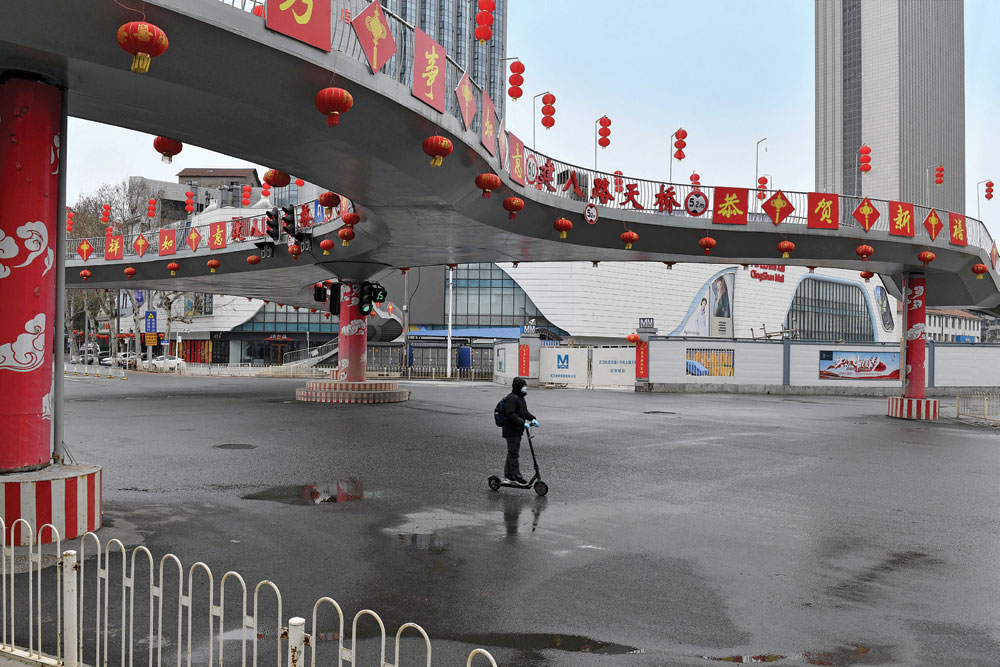 
‘Factory of the world’—there is a great possibility that China may no longer remain one. Companies across the globe, with their manufacturing base in China, are making attempts to relocate. One would assume the pandemic that originated in Wuhan, which is now a global pandemic, is at the centre of it all. It may be true that is not where it all began and certainly not where it all ends. The US-China trade war that started during the second half of 2018, coupled with rising wage cost, regulatory restriction and the unstable geopolitical situation (reinforced by Covid-19), probably nudged the companies making a move out of China’s supply chain. The tariffs imposed by the US did not only cost China around $35 billion, but also aided its competitors. A recent NTU (Nanyang Technological University) report on value chains and disruptions in East Asia shows that during the trade war phase, the value of greenfield FDI projects that relocated from China to other East Asian economies is over $2.1 billion. Vietnam is the biggest beneficiary of these relocated investments, followed by Cambodia, Malaysia and Thailand, among others. The FDI shifts reveal a pattern indicative of the supply chain relocations from the beginning of the trade war phase.

Despite the enormous costs that came about with the trade war, it was still a nudge in itself. However, the outbreak of Covid-19 that left the global economy crippling is a full-fledged push that is motivating the companies to relocate from China. The pandemic resulted in significant supply chain shocks given the critical position that China occupies in the global supply chain. China alone caters to 16 per cent of the worldwide demand, 30 per cent of global electronic exports and is a key player in the automotive industry. A recent Oxford study reveals that Vietnam depends on China for approximately 40 per cent of its intermediate inputs. Given the widespread disruption of the supply chain and the China-centric operations of firms, the pandemic impact has forced the hand of many firms at this hour.

Recently, Japan allocated $2 billion for companies to relocate production back to Japan, and around $200 million for relocating production elsewhere. The US White House National Economic Council Director Larry Kudlow echoed similar sentiments that the US must “pay the moving costs” of any and every American company that wishes to relocate from China. The pattern is not restricted to Japanese and US firms alone. Companies from South Korea are also on the lookout for a new production base. Besides, MNCs including Apple, HP, Dell, Nintendo, among many others, have started weighing their options for alternate production base.

Could this be India’s way into the supply chains?

Given the scale of China’s operations, there are not many viable options for companies to move, and Vietnam is catching the eye of the MNCs. Google is planning to begin the production of an upcoming low-cost smartphone in Vietnam. Microsoft and Samsung have followed suit. Vietnam is already a major supply chain player in Southeast Asia. Given the existing capabilities in producing and sourcing inputs, it seems to be an obvious choice. However, Vietnam is already struggling with labour supply and its ports are overwhelmed. And given the scale of exodus of firms from China, Vietnam alone may not be sufficient.

India, in this context, seems the most viable option in terms of accommodating a vast number of firms out of China. Most firms initially moved to China due to its cheap labour, and India can provide them with the same advantage. Further, India also has a large number of engineers in its workforce, which could further entice smart tech companies to move to the country. The importance of services is very crucial for the smooth functioning of the supply chain. Though India may not have done exceptionally well when it comes to manufacturing, it is undoubtedly the world leader in terms of the services supply chain. To put India’s prowess in services trade perspective, Reserve Bank of India data shows that service exports in February stood at $17.73 billion (growth rate of 6.88 per cent). However, this may not be sufficient. Despite the setbacks suffered from the trade war and Covid, China still possesses the right mixture of costs, skills and infrastructure. Hence for India to capitalise on it, it requires focused and forward-looking policy initiatives.

Compared to East Asian counterparts, India does not boast of robust infrastructure, which is pivotal for supply chain operations. Even though the proposed investment of Rs 100 trillion in infrastructure is a step in the right direction, this alone may not be sufficient. There is need to rethink some of its strategies. In a bid to protect the domestic players, the last three Union budgets witnessed a hike in the import barriers. So was the case this Union Budget, where the Customs duty was imposed across a broad category of products accounting over $8 billion. This would make the movements of firms to India tough since trade in intermediate inputs is at the core of supply-chain sustenance. Hence there is an urgent need to revamp on the stance towards protecting domestic industries from foreign competition. In this context, more Free Trade Agreements would also make access to foreign inputs easier. Further, with countries like Japan and the US encouraging the relocation of firms from China, the focus should be on easing the structural and regulatory impediments along with reducing the protectionist tendencies, which otherwise would drive away these potential investors.

Given China’s position in the world, and the fact the relocation of major manufacturing set up can be extremely costly, one cannot expect India to substitute China in the supply chain overnight. However, China’s experiences of the past two decades (SARS-2003, US-CHINA trade wars, the rising cost of operations, and now, Covid-19) highlight that the world may no longer remain China-centric in years to come. At the time when the country is facing the biggest challenge, successful supply chain integration could be monumental in generating more jobs. It would also be a step forward towards the $5 trillion economy. Hence the time is ripe for India to take pre-emptive action and drive towards global supply chain integration.

Ketan Reddy and Subash S
The authors are with the Department of Humanities and Social Sciences, Indian Institute of Technology Madras. Views are personal.