Of late, she has begun to play the mouth organ too 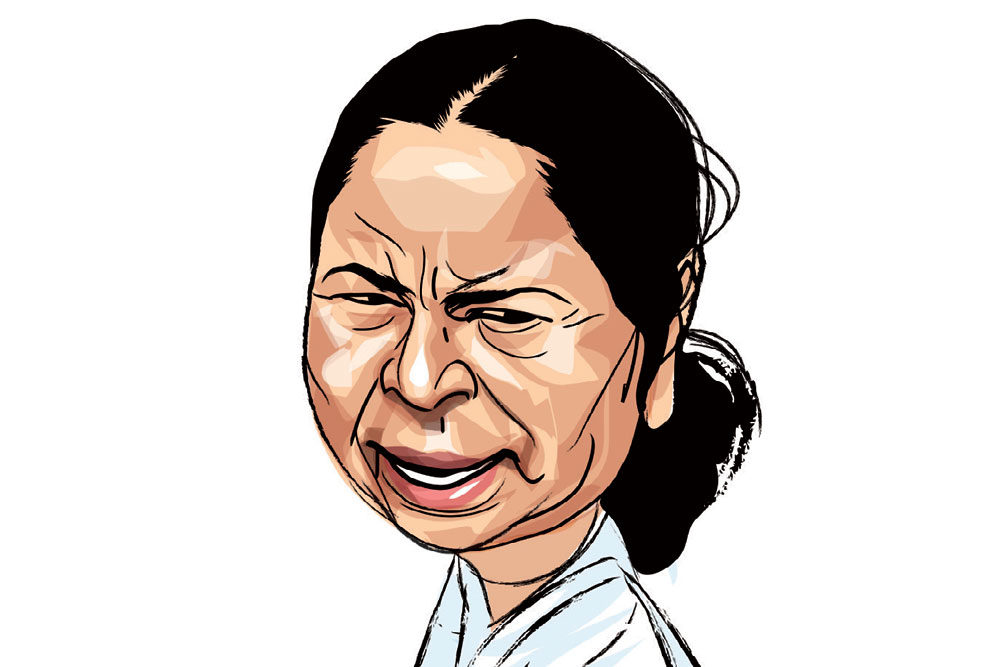 
Mamata Banerjee is known to be fond of music. She can play the keyboard, she sings, and sometimes she even writes her songs. But of late, she has begun to play the mouth organ too. A relative is believed to have gifted her the instrument during the recent Durga Puja, and Banerjee has since been learning to play mostly Rabindra Sangeet tunes on it. She plays it in the nights on her visits across the state and is believed to have said that she finds it a great way to de-stress.

The Bharatiya Janata Party (BJP) and Congress might be caught up as usual in a high-pitched battle, especially in states like Karnataka which will go to polls next year, but among the earliest to congratulate Mallikarjun Kharge when he was elected the new Congress president was Karnataka BJP leader and Rajya Sabha member Lahar Singh Siroya. Sharing a photo of Kharge along with Prime Minister Narendra Modi on Twitter, Siroya wrote that the elevation of Kharge, who also hails from Karnataka, was a proud moment for the state. BJP retweeted the post, and even Modi tweeted his congratulations. The bonhomie may not have lasted long with Kharge soon being called a remote control in the hands of the Gandhi family, but it was a decent gesture and didn’t go unnoticed.

When Jharkhand Chief Minister Hemant Soren was summoned to the Enforcement Directorate (ED) recently, it appeared to be one more development in a long saga of uncertainty and political intrigue surrounding him. It has been over two months since the Election Commission is believed to have recommended Soren’s disqualification over an office-of-profit issue, but the Governor Ramesh Chandra Vyas has so far simply sat on the file. In the meantime, BJP leaders like Nishikant Dubey and state president Deepak Prakash have been frequently attacking the Soren government on its instability and alleged corruption, and the ED carrying out several arrests of politicians and officials on corruption issues. The state is also abuzz with rumours of BJP trying to get leaders from the ruling coalition to defect like they did in Maharashtra.

Jagan Mohan Reddy’s close ties with BJP have been the subject of much gossip in Delhi’s power circles. He frequently supports BJP on various issues and Bills in Parliament and maintains a good relationship with Narendra Modi and Home Minister Amit Shah. His rival Chandrababu Naidu of the Telugu Desam Party is believed to want to become part of BJP’s National Democratic Alliance (NDA), but so far, BJP has given it the short shrift. But BJP’s Andhra Pradesh unit and the Rashtriya Swayamsevak Sangh (RSS) are believed to be questioning this strategy. How can BJP expect to grow in Andhra Pradesh if it does not confront the ruling regime? Shouldn’t the party try to expand its footprint in the state like it has done in West Bengal by taking on Mamata Banerjee and Trinamool Congress? The party is believed to be having a rethink on these questions. And according to rumours, it has also gotten in touch with former politician and screen idol NT Rama Rao’s grandson NTR Junior, a popular actor, to see if it can get him to join the BJP.

A recent editorial in Saamana, the mouthpiece of the Uddhav Thackeray faction of the Shiv Sena, asked the BJP leader and Maharashtra Deputy Chief Minister Devendra Fadnavis to end the bitterness. It has created some buzz in the power circles. Thackeray is known to have had a personal relationship with Narendra Modi, and there has been some speculation about his discomfort with allies Congress and the Nationalist Congress Party (NCP). But can Thackeray really rejoin BJP? Is it even possible given that Sena has split and the Eknath Shinde faction become an ally of BJP? There are some who believe that this isn’t entirely impossible. BJP could try to get both factions to be part of its NDA, and if such a move was possible, it would prove disastrous for Congress and NCP.

Rahul Gandhi is said to be on a strict diet as he walks the length of the country in his Bharat Jodo Yatra. Instead of rice, roti and carbohydrates, he is mostly relying on lean chicken for stamina. He gets up at 5.45AM daily and starts walking within 15 minutes or so. He is planning to push that to even earlier now. He covers around 20 kilometres daily and is said to have lost a lot of weight.

Merger on the Cards?

There is speculation that Rashtriya Janata Dal and Janata Dal (United) might merge. Nitish Kumar might agree to be the head of the united party and in return, Tejashwi Yadav would be made chief minister. This is a possible plan that would make them jointly contest the 2024 Lok Sabha election too but then anything can change in Bihar politics.