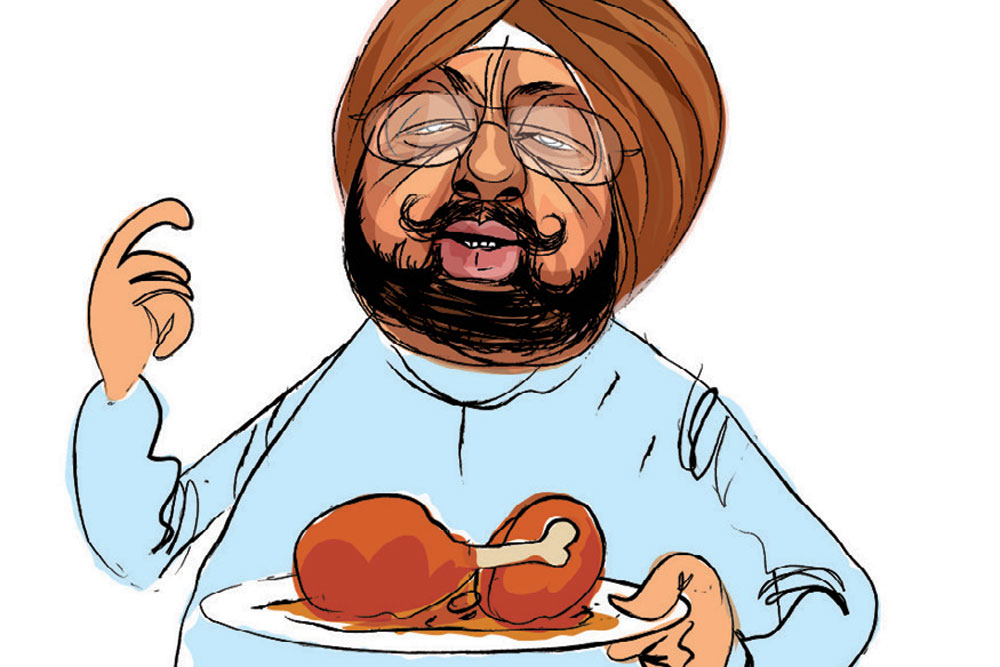 
Amarinder Singh, the Chief Minister of Punjab, has never been known for lunch diplomacy. But Singh recently held a cabinet meeting where he served delicious lunch followed by prolonged gossiping. In this meeting, the main agenda was the economic distress of Punjab and a review of the projects underway. After serious deliberations over tandoori chicken, Amritsari naan and sarson da saag, the ministers seemed relaxed. Yet again, Singh, the scion of the royal family of Patiala, invited Congress MLAs to his residence, the Patiala palace, for lunch—since the grapevine suggests that several ministers are aggrieved and have taken to dissident politics. A few are keeping tabs on the BJP while former minister Navjot Singh Sidhu is locking horns with Singh. As the Punjab election approaches, Singh has taken a cautious stand and is deploying his political secretary, Sandeep Sandhu, to mollify the ministers and MLAs. He too is intervening on an urgent basis.

Maharashtra Speaker Nana Patole, with the blessings of Congress President Sonia Gandhi, retains his position in the newly constituted House after the state polls despite former Chief Minister Prithviraj Chavan’s keenness to get the post. Patole is considered a heavyweight and was in the Congress until 1991 when he signed up with the BJP and even got close to the RSS. In the last Lok Sabha elections, he fought against BJP leader Nitin Gadkari from Nagpur on a Congress ticket and lost. Several Congress leaders were upset with his nomination and have been spreading rumours that BJP leaders had propped him up against Gadkari. Congress leaders have told the high command that such parachute landings in the party should stop. 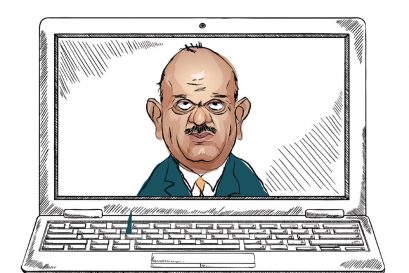 In what could be dubbed Prime Minister Narendra Modi’s unique governance style, bureaucracy junkets are now passé. Earlier, whenever an opportunity arose, babus went abroad—to lecture at some conference or to inaugurate Indian exhibitions. Today, video conferencing is the norm. Apparently, Economic Affairs Secretary Atanu Chakrabarty, a Gujarat cadre IAS officer close to Modi, seems to have shown the way. Recently, when the Singapore-Indian Chamber of Commerce and Industry invited him for a conference, the inaugural lectures were planned over the weekend. But owing to his busy schedule, Chakrabarty could not make it physically though he gave his lecture over Skype. It was on a Saturday when North Block was shut. So Chakrabarty opened the conference room on the first floor to give his speech explaining the Government position online. In the Cabinet Secretariat, too, video conferences have become the order of the day. There is apparently a team that manages the ‘conference’ room. The cabinet secretary and joint secretaries use it often to communicate with senior officials.

In the Central Hall of Parliament, ‘Rahul Bajaj’ was on everyone’s lips after the industrialist’s recent remarks at an awards ceremony about an environment of fear in criticising the Government. Bajaj is a former Member of Parliament and was supported by the Shiv Sena, the NCP and the BJP. Despite a healthy relationship with several senior BJP leaders, including the late Arun Jaitley, Bajaj is learnt to be inspired by former Prime Minister Manmohan Singh who recently lashed out at the Government for the economic slowdown. Singh remarked that while several industrialists criticised the Government in his time, they were quiet today. Soon after Bajaj erupted, the BJP started a massive anti-Bajaj campaign on social media. Though the Finance Minister too reacted, the industry circuit is heard saying that on several issues, their suggestions have been accepted by the Government but public criticism may not help the economy. Though the crisis is genuine, there still seems to be steam in the dictum: Modi hai toh mumkin hai (With Modi around, it is possible).

Game on in Jharkhand

In the ongoing Jharkhand elections, the latest gossip concerns the BJP’s patch-up with Babulal Marandi, the first Chief Minister of the state, who left the party to float his own Jharkhand Vikas Morcha. Marandi, it is said, recently met BJP President Amit Shah in Jharkhand with only one wish: that if the BJP numbers didn’t add up, he would once again become the chief ministerial candidate, even if that needed merging his party with the BJP. That’s one reason he’s not fielding serious candidates against the BJP. After all, Marandi’s target is not the BJP but the Jharkhand Mukti Morcha. Shah may wait till the election results; but the buzz is the party central leadership is already upset with incumbent Raghubar Das who has become very unpopular.

Arms And the Man 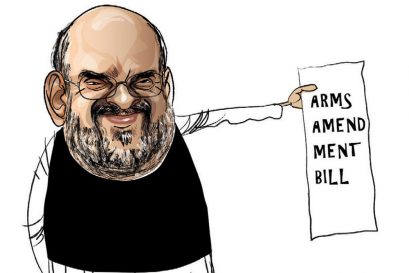 The Bill that seeks to amend the Arms Act, 1959 will be another feather in Home Minister Amit Shah’s cap. The new Bill envisages that citizens cannot possess more than one firearm. In case of any violation, the individual may face up to seven years’ imprisonment and a invite stiff penalty. The same law is applicable to those who inherit such arms. Again, in religious and social dos, the use of guns will be banned. Even armymen who keep personal arms will have to surrender those to the local units when they are not at work. Earlier, the Government gave licences to people in possession of more than one firearm for personal security. Clearly, Shah is trying to control the law and order situation across states, particularly when some of them are vulnerable to political violence.

After the Trinamool Congress’ (TMC) grand victory in all three by-elections in West Bengal, the BJP central command is learnt to be disappointed. While the party leader for West Bengal, Kailash Vijayvargiya, blamed the TMC for rigging the polls, state BJP President MP Dilip Ghosh maintained that the elections were largely free and fair. A theory doing the rounds for TMC’s victory is the success of Chief Minister Mamata Banerjee’s Didi ke bolo (Tell Didi) scheme—a helpline and a website launched for people to reach out to Banerjee directly. Another theory gaining credence is that the Citizenship Amendment Bill helped the TMC consolidate the Muslim vote. Be that as it may, the BJP high command is clearly upset with the state leadership and there are murmurs of bringing Modi in to campaign in West Bengal, setting the stage for a Modi versus Didi show.

By 2022, a new Parliament House will be ready where all MPs will get individual rooms. They may meet people there just like American politicians do in the US Congress, while the Central Hall of Parliament may become a museum regaling visitors with the history of the Indian Constitution. Currently, the Central Hall is a place for adda as many politicians, in jest, dub it the biggest gossip factory. But Prime Minister Narendra Modi is keen on according the Hall the respect it deserves. So, in the ongoing Winter Session of Parliament, the banter around the Hall involves its future.