The aesthetics of Indian politics XIII 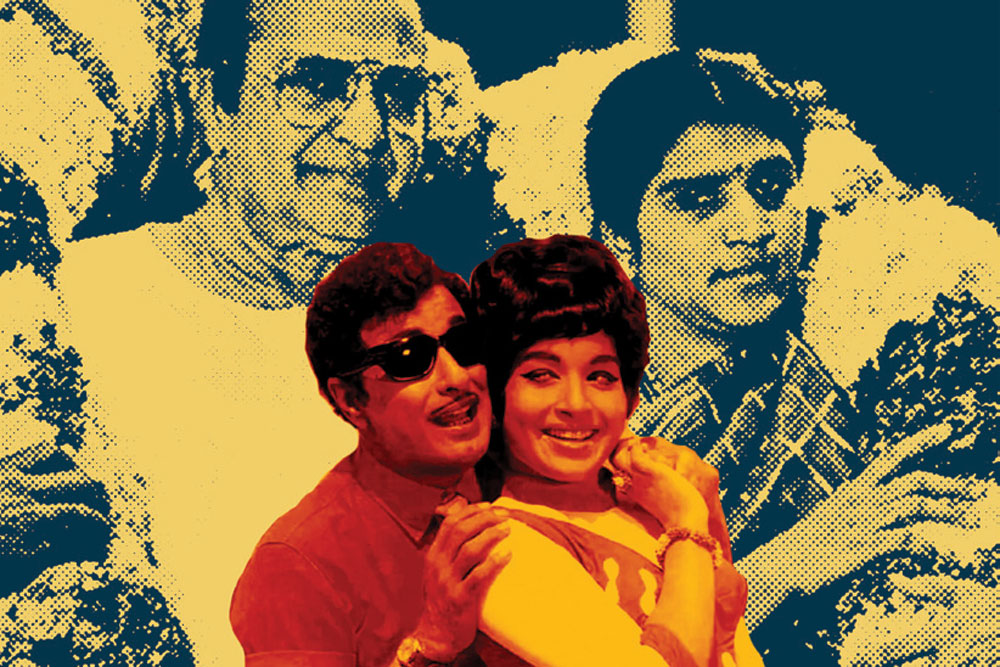 
COME VALENTINE’S DAY, the price of red roses in Delhi can go up to ₹ 500 for a single stem.

More culturally inclined Indian lovers, however, can beat this insane and extortionate hike by simple starting a week or so earlier, on Vasant Panchami, when the romantic drive and demand may be less fierce. For us, the rite of approaching spring is also tied up with the celebration of the arts—literature, music, dance, food and, of course, all forms of learning.

For the day is marked with the worship of the Goddess of learning, Sarasvati.

But whenever a day is reserved exclusively for love, there is a great deal of pressure to woo, or if already won, retain the favours of, one’s beloved. But because all festivals are driven by commercial interests and considerations, consumerism is king, not the consumer. The latter may actually find himself or herself temporarily pauperised, with few benefits despite reckless extravagance.

Shakespeare called lust “The expense of spirit in a waste of shame.” Any number of sitcoms have taken advantage of the foibles and follies of lovers in difficult situations. But “all’s well that ends well,” as the Bard put it, because, eventually, nature, with its overwhelming and unstoppable procreative urge, will have its way.

When it comes to politics, however, though sringara or romantic amour is the king of the rasas, politics and love rarely mix well.

Many political love stories end badly, partly because they are extra-marital. Even well-intentioned attempts to rectify the situation or course-correct can turn catastrophic. Few remember the unhappy story of Anuradha Bali and Chander Mohan. Sometime deputy chief minister of Haryana, the latter was better known as Congress state satrap and Chief Minister Bhajan Lal’s son. In November 2008, Chander Mohan suddenly went AWOL. The reason? He was in love with the state’s assistant advocate general, Anuradha Bali.

Chander Mohan’s affair caused a sensation. After all, he was already married, with children. Missing from state cabinet meetings for weeks, he was defrocked from the deputy CM’s post. He resurfaced with Bali on January 11th, 2009, declaring that they were married after converting to Islam. Their new monikers—Chand Mohammad and Fiza.

But Fiza’s felicity was short-lived. In less than a month, Mohan went back to his first wife and family, also reverting to Hinduism. Three months later, on March 14th, he divorced Fiza. Fiza was discovered dead three-and-half years later at her Mohali residence under circumstances which could only be termed suspicious. She was 41.

Another political love story that didn’t go right was that of NT Rama Rao (NTR) and Lakshmi Parvathi. NTR was not only the reigning superstar of Telugu cinema, but he also changed the destiny of the erstwhile state of Andhra Pradesh. Spearheading a new regional movement, he founded a new political outfit called the Telugu Desam Party (TDP) in 1982. After thrice capturing power and being chief minister, NTR fell in love with Lakshmi Parvathi, a lady far younger than himself.

None other than his own son-in-law, N Chandrababu Naidu, pushed NTR out of power, splitting TDP. One reason NTR fell out of favour with voters was his infatuation, at the age of 70, for Lakshmi Parvathi, whom he went on to marry. After NTR’s passing in 1996, Naidu took over the party. Lakshmi Parvathi faded away, despite her initial celebrity appeal at the hustings.

Quite the opposite, the incredible grit and spectacular political rise of J Jayalalithaa is the stuff legend—and now films—are made of. Amma, as she was fondly called, was a superstar in her own right. In a span of nearly two decades from the early sixties, when she made her cinematic debut, to the early eighties, when she transitioned from cinema to politics, Jaya acted in 140 films.

The most important man in her life was the great MG Ramachandran, aka MGR. Twice married earlier, MGR was wedded, the third time, to Janaki, while Jaya was 31 years younger than him. But despite their great age difference, the MGR-Jaya jodi was easily the hottest and most bankable in Tamil cinema, delivering 28 hits. The exact nature of their relationship remains somewhat of a mystery. In a no-holds barred interview with Simi Grewal, Jaya said that she always thought of MGR as protector, friend, and elder, rather than a romantic partner or lover.


When it comes to politics, though Sringara or romantic amour is the king of the rasas, politics and love rarely mix well. Many political love stories end badly, partly because they are extra-marital. Even well-intentioned attempts to rectify the situation or course-correct can turn catastrophic

That they cared for each other deeply was, however, never in doubt. During the heyday of their romance, the two were inseparable. In Vaasanthi’s biography, Amma: Jayalalithaa’s Journey from Movie Star to Political Queen (2016), Jaya recalls having had to shoot barefoot in the Thar desert. Her feet were burning. “I couldn’t put a step forward and I was on the verge of collapse,” she reminisced, “I never said a word, but MGR must have sensed my agony. He suddenly came from behind and swept me up in his arms.” Despite MGR’s chivalry and charisma, their on-screen and off-screen romance ended in a miserable break-up.

All because of politics. In fact, when it came to politics, Jaya had to make it on her own, constantly plagued by all the jealousy, backbiting, and horrendous slander of Kollywood czars, AIADMK leaders, and common cadres.

MGR died on December 24th, 1987, at the age of 70. Though she was repeatedly humiliated, prevented from seeing MGR during his illness, even pushed out of the funeral cortege, Jaya triumphed in the end. She not only went on to don MGR’s mantle but took his legacy forward as Tamil Nadu’s first woman chief minister. Till she herself passed away 29 years later, Jaya was an unstoppable force in the stormy, some would say ruthless, world of Tamil Nadu politics. Yet, she remained alone, both as a cine superstar and, later, as chief minister.

What happens when the story of two film stars-turned-politicians itself becomes the subject of a biopic? Beyond just questions of the self-referentiality of the medium and its multiple messaging possibilities, especially in new, digital, OTT platforms, such cinematic renditions, even if they fail to qualify as aesthetic objects of high art, definitely raise their subjects to a level beyond just salacious gossip, rumourmongering, and tittle-tattle.

That is precisely what AL Vijay has done in Thalaivii (2021), based on Jaya’s biography by Ajayan Bala. The biopic begins on a dramatic note. Like an avenging Draupadi, hair dishevelled and sari torn, Jaya stands on the steps of the Tamil Nadu Assembly to curse and challenge her DMK opponents and baiters, vowing to return only when she is the chief minister. For her feisty portrayal of Jaya, Hindi actor Kangana Ranaut got the national award.

But it is Arvind Swami’s masterly and understated MGR that really leaves a mark, with an almost mesmerising resemblance to MGR, down to the last smile or mannerism. Raj Arjun as MGR loyalist RM Veerappan, and Nassar as Karunanidhi add to the film’s histrionic appeal with creditable, albeit unidimensional, interpretations of their subjects. The film has its flaws, with background scores and songs poor substitutes for dialogue and action as the story lurches forward in leaps and bounds.

What is, however, fascinating is that while celluloid propelled actors and scriptwriters to political heights, their reverse portrayals in cinematic biopics have neither the same impact on the fortunes of film stars or films themselves. Biopics may be popular, but they have become so common that none of them can match the genre-defining, or should I say genre-defying, Citizen Kane (1941) by Orson Welles.

In the end, however, political romances emphasise viraha, love in separation, rather than sambhoga or union. This is the keynote not only of reel life Thalaivii, or the real life MGR-Jaya romance, but of many others political love stories. Let us not forget that even our current Prime Minister Narendra Modi has always lived apart from his wife, Jashodaben. They were married way back in 1968, when she was 17 and he, 18.

Gulzar’s Aandhi (1975), based loosely on Indira Gandhi’s life and failed marriage, is another example. The sorry end of the Sunanda Pushkar-Shashi Tharoor romance and marriage also comes to mind. Sunanda’s death, with its many unanswered questions and loose ends, will continue to haunt those who care.

Even the inimitable Atal Bihari Vajpayee and Rajkumari Kaul, though they managed their ménage à trois extremely well, never became man and wife. Mrs Kaul, who remained Vajpayee’s primary companion and source of strength through all his political ups and downs, never enjoyed the status or the privileges of a prime minister’s lawfully wedded spouse. Politics, it would seem, is a jealous mistress. She does not brook rivals.

From such a viewpoint, if there is any couple that is both politically and personally visible and successful, it must be Lalu Prasad and Rabri Devi. We don’t exactly see them in a romantic light, but they not only attained the heights of political power in Bihar, the latter succeeding the former as chief minister, but are still very much conjoined after being together for so long and producing so many offspring, some of whom are political leaders in their own right. Not unexpectedly, their story has also inspired an OTT web series, Maharani (2021).