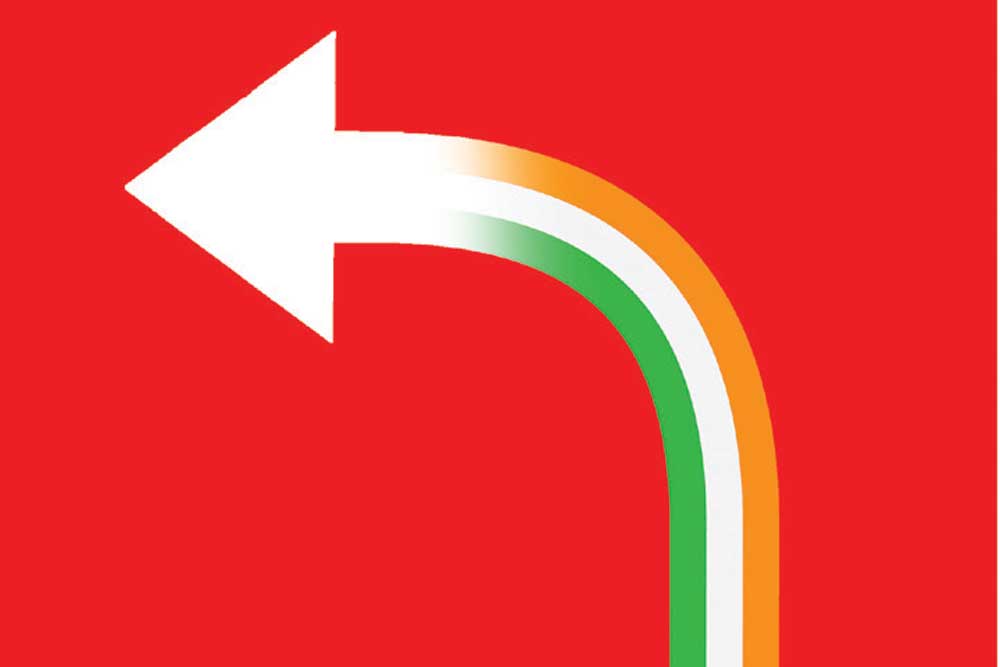 SNOWFLAKE SOCIALISM is the rage, isn’t it? Cover stories may call it ‘millennial socialism’. For the first usage, I may be accused of denying a trending political attitude an ideological solidity—or reducing it to a passing generational fad. What is undeniable, though, is that a new spectre is haunting the affluent West and its name is compassion. The young and the impressionable are the haunted. The resentment against an unequal society has led a generation to the socialist evangelism of a new crop of politicians. The politicians have always been there, but the irony is their increasing acceptability instead of their inevitable redundancy.

Is it that Marx is back in the marketplace as the Great Corrector?

It is not that the abandoned ghost of communism has come to take refuge inside the heads of the educated young. It is not the return of the big ideology; it is the resurgence of small, redeeming ideas in places where the accumulation of wealth is not matched by an enlightened vision for social as well as environmental welfare. For an angry generation, the new barricades that need to be broken are inequality and indifference. And in the cradle of capitalism, they have found their Che in a grandpa socialist like Bernie Sanders or the cool, Amazon-averse, democratic socialist like Alexandria Ocasio-Cortez. Both preach welfarism, and both tap into the uses of distrust.

What will we make of welfarism when it is peddled in this part of the world? The idea of the welfare state in the affluent West is capitalism with a heart. It is not a negation of wealth but a more humane distribution of wealth. The creation of wealth is an individual enterprise, not an activity controlled by the state. Still, the state feels a moral responsibility towards the welfare of the less affluent. And invariably, the responsibility becomes a strain on the economy.

Still, it’s not about cashing in on the politics of poverty. It is not about preserving the ghetto for the sake of your socialist fetish.

Here welfare is the default position of the state with an oversized social(ist) conscience. A cursory look at the Congress manifesto will reveal that, for India’s oldest political entity, the future still continues to be socialist—the individual has to be indebted to the most benevolent state. The so-called NYAY or the minimum income guarantee programme is vintage socialist hand—and this hand has to be kept alive by the politics of poverty, which, by the way, is older than Garibi Hatao.

The politics of poverty is updated—or ‘modernised’—by an afterthought on wealth. And hence we get the rhyming panacea of ‘wealth with welfare’. It is the wrong one. Wealth is welfare. For a country schooled in the sociology of anti-wealth, this will sound foreign—and sinful. The doctrine of anti-wealth—or economic unfreedom—began with political independence. Nehru romanced the socialist state, and the Soviet Union for India’s first internationalist statesman was not a dehumanising corruption of welfare and equality but a role model for the development of the Third World—and India was the most ideal Third. Nation-building was a socialist enterprise. The state set the behavioural code of the dutiful citizen. The state set the limits of your economic freedom, too. To bring Wordsworth to Nehru’s India, bliss it was in that dawn to be alive, but to be socialist was very heaven.

Post-Nehru India did not really abandon Nehru, in spite of the bold interventions by some Nehruvians. The great Indian paradox—the poor rich economy—is a living tribute to the Nehruvian Sovietology. The new NYAY is an abbreviation of an old ideological legacy. The poor India is a necessary condition for the perpetuation of the socialist ideal.

Not that the Right has brought a radical shift. The Indian Right has not won the economic argument, not yet, even as the final verdict on its cultural argument has not yet been delivered. True, the state cannot afford to retreat from our civil or economicaffairs because India has not attained the kind of uniform economic development necessary for a full flow of liberal economy. It is still the old paradox of the poor rich economy. The Soviet Union is long dead; Sovietology still rules the mind. There are new Nehruvians out there to nurture it. The Right has an historical responsibility to exorcise the ghost from the marketplace. Then only wealth will become welfare. Then only opportunity will become more valuable than the promise of jobs.

Elsewhere, socialism has become corrective capitalism. The new socialists of the West don’t repudiateaffluence but want capitalism with certain social and civil responsibilities. They are compassionate capitalists. The new correctness—how woke you are and how socialist is your conscience—is a generation’s search for a revolutionary ideal in a world where the new injustice is not the absence of freedom but the excess of it.

We are the true socialists, the last aficionados of spectral ideologies.