The End of an Opinion

After the death of a journalist 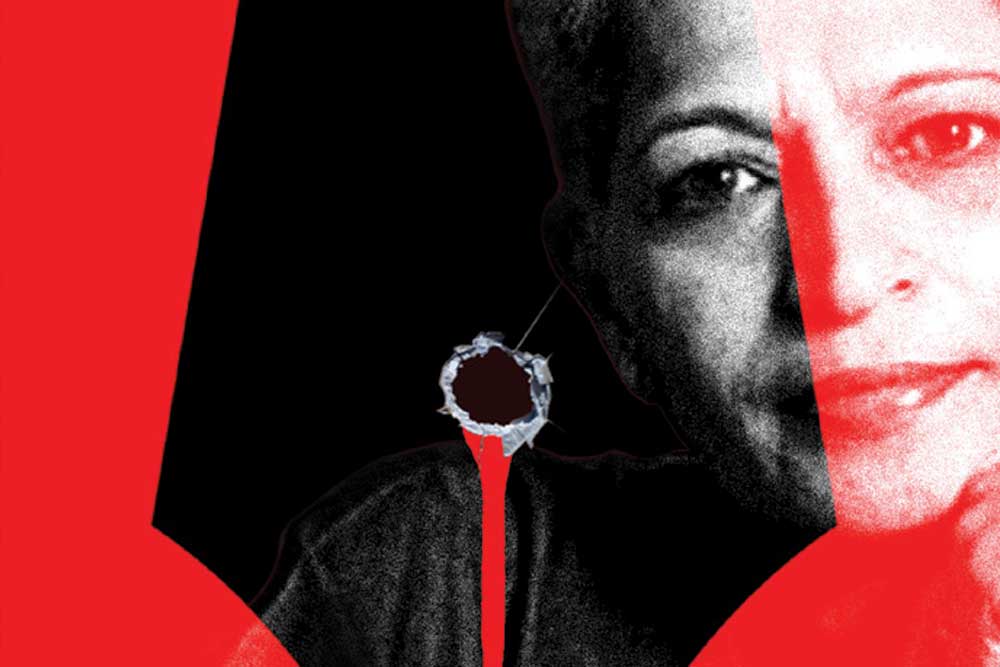 OPINION HURTS. It unsettles belief systems built on comforting certainties. It questions ideas aspiring to be the only truth, or the only necessary truth. It challenges, ridicules, belittles, humiliates, denies posturing the legitimacy it seeks in the marketplace of freely constructed absolutes.

An opinion is not an argument. It may even reflect a closed mind. It may not enlighten as much as it enrages. Its strength is directlyproportional to the confidence with which it seeks authenticity. It dresses up falsities as conviction. Its righteousness is only matched by its exclusiveness. Its moral flexibility is a reflection of convenient lies.

Does it really matter?

The divisiveness of opinion gives democracies the delight of being inconclusive. Its potential for polarisation adds an argumentative tension to their choices. It shatters the cosiness of consensus. It brings each other’s ambiguities to the arena, out there for judgement, rejection and further rejoinder. Its incompatibilities keep democracies noisier, but, isn’t this preferable to the echo chambers?

Why should the end of an argument, which is not a summation of disparate opinions but their elegant symmetry, be death? Why does it seek such a cruel finality? Who doesn’t want to hear it any longer?

Opinions are silenced in places where faith is not to be challenged, and where questions are profanities. Opinion is a perversion where the order of the sacred is to be preserved at any cost. It’s a dangerous intervention in societies stolen by gods’ soldiers. It’s a repudiation of the singular reality, and its audacity is an affront to the wisdom of the most righteous. It’s a heretic’s freedom, worthless.

We have seen it at work, the paranoia of power when opinions are free. Those were desperate times for revolution’s day after, times that feared shadows, and felt secure in the profusion of monochromatic minds. Then it was ideology that banished dissent; its perpetuation needed control over popular conscience. Opinion was subversion. The commissar dreadedthe poet and the philosopher. Imagination and enunciation were counterpoints. Opinion came in many forms, and power could not afford to ease its vigilance.

There wasn’t much difference when religion returned to haunt. The Book detested books, for opinion, in prose or verse, in lines or images, was blasphemy. It is, still. Faith in a balaclava wielded the sword, and hovered over the kneeling victim with a viewpoint. The killer was the new revolutionary, and his kingdom too required an enemy for its survival. The cult of martyrdom was equalled by the bloodlust legitimised by scriptures. The exiled and the executed became mandatory outcasts in the unipolar world of gods. Opinion was a denial of divinity.

We haven’t come a long way. Out there, someone is always scared of the other point of view. And it is always the scared monopolist of truth who pulls the trigger, twists the knife. Out there, someone is building a world better than the wretched one he’s condemned to live in. That world cannot afford the disruptive power of opinions. It cannot afford deviants and delinquents. That world has to be built on the ruins of unsolicited opinions. The construction workers are in search of new sites. Beware.

In the end, it’s the war of the alternatives, and, as Gore Vidal at his scatological best would have said, everybody has an opinion and it stinks. It certainly does when the war shifts to social media. The Twitter jihadi too kills in anonymity. That’s the power of cowardice. Yesterday, it was the troglodyte with a Kalashnikov; today, it’s the troll with a smartphone. Both fear the sunlight. The freedom that technology allows accentuates the vulgarity of the neophyte in cyberspace. It stinks.

It’s inevitable, for the civic space of informed opinion needs its own sewage system. We have to live with the stink.

We have to learn to live with opinions born out of arguments, even if it hurts, offends. Even if it defies reason. Even if it is inverse fanaticism. The elasticity of confident democracies is such that they can accommodate everyone—the elegant polemicist, the possessed evangelist, the mad ranter, the professional dissenter, the permanent harrumpher… By virtue of being politically diverse and volatile as a democracy, India offers enough opportunities for redeemersand debunkers, purveyors of the wretched republic and cause junkies of every ideological hue. Let them be at play. Opinion, even when it exists outside history, is freedom. Opinion breaks the hallucinators’ spell.

One night, a journalist walks towards her home and it turns out to be death. The night is darker after her silence.