The Editor of Ideas 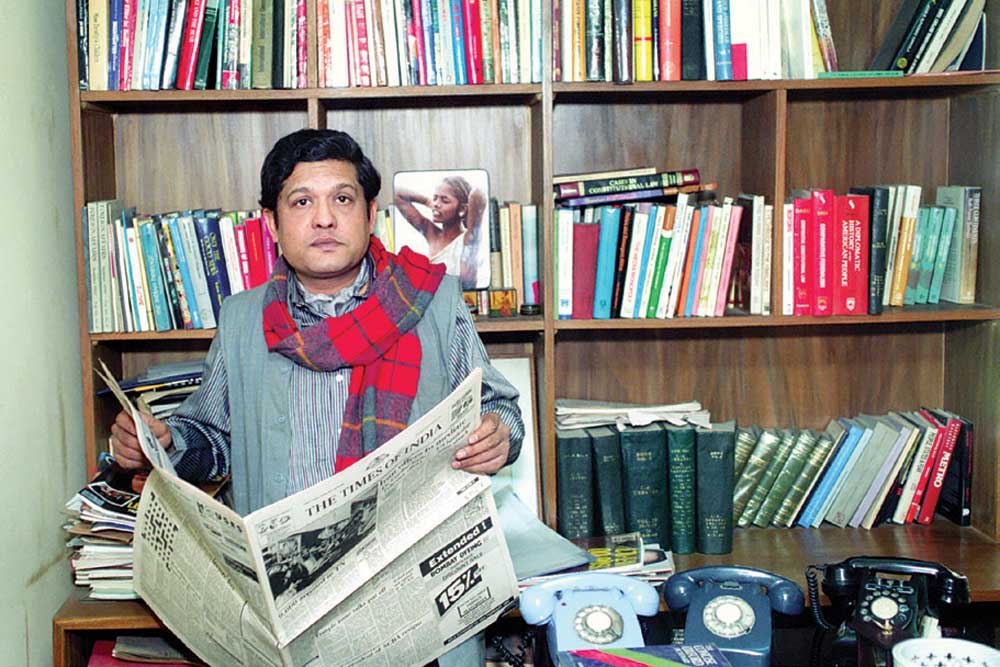 THAT WAS ANOTHER time in journalism. Pages were not as well curated as they are now. Headlines were not as desperately clever as they sometimes are today. It was staid. It was monotonous. It was at times tediously reflective, and a lot more explanatory. It was a time when the omniscient bureau chief, with a voice graver than the chief of the nation, ruled the most coveted corner plot of the front page. The news pages were, as they say, the state indeed: drab. Once in a while, it would take the moral outrage and investigative skills of an editor to quicken the pulse of the state—or topple it. That said, the Editor with a capital E was beyond the grasp of the state. He was, for all practical as well as theoretical purposes, the lord of the editorial page. It was, as they say, the church, and very catholic too, to be fair. The editor was the pontiff, who set the agenda of the nation from the sacred remoteness of the pulpit. He was the commandment-spewing Jehovah in pinstripes. He was a disembodied voice of wisdom. It was not the nuggets of news that concentrated his mind, but the sovereignty of opinion. It was a different time in journalism. And it was in its last glow that I met my first editor, Dileep Padgaonkar, at the Times of India.

As editor, he was perhaps the last of the edit page Brahmins, though he was not your average pontificator. He was the quintessential conversationalist and raconteur in the thrall of ideas. I came to know him at a time when Eastern Europe was playing out its liberation script. And it was an ideal time for a beginner to be in the company of a boss such as Padgaonkar, a sophisticate shaped as much by Café de Flore in Paris as by the cultural richness of India. It was an interest in European literature that brought us together, and then there was a lot to talk about the redemptive interface between literature and politics. In Prague, after the Velvet Revolution that began in a theatre called Magic Lantern, the philosopher had already become president; and from his exile in Vermont, Alexander Solzhenitsyn, still crying for the lost Slavic soul in the ruins of the empire, was contemplating his historic homecoming. Padgaonkar was the editor who could engage the initiated with a conversation on Havel’s early plays or his essays from prison. We could not contain our thrill when we went to meet President Havel on his first visit to India in 1994. For me, the morning itself began on a high: My first 3-4-5 (in-house jargon for the main edit page article, the numbers denoting the column space it occupied) appeared, and it was an essay on Havel to mark his visit: ‘A Kafka in Politics’. We met the great man in the evening in Vigyan Bhavan, New Delhi. We carried almost all the available Havel books to get autographed; I took the morning edition of the TOI too. Havel looked at the title of the article and smiled. He signed across the piece, and below his signature, instead of the predictable dots, he drew a little heart with a flourish of his pen. And our conversation had to be interrupted periodically because the president, a chain smoker, could not find an ashtray. Finally he had to settle for an oversized flowerpot.

Padgaonkar exuded the best of India and Europe, and in journalism, Sham Lal, the original intellectual-editor and literary columnist, was his spiritual guru. Padgaonkar’s eloquence could swing between Bhimsen Joshi and Mozart, OV Vijayan and Malraux, Souza and Picasso, Ray and Bunuel, Heidegger and Golwalkar with understated ease. What set him apart as a writer-editor was not the customary state-of-the- union punditry that added to the edit page gravitas, but his conversations with international writers, which usually took more than a page. My favourite is still his interview with the Israeli novelist Amos Oz, conducted at his home in the desert city of Arad. Post-Times of India, he would one day tell me about a ‘miracle’ in a Paris café: his chance encounter with Milan Kundera, a writer he knew I was mad about those days, and his wife Vera. Kundera had already stopped talking to journalists or giving interviews, but the accidental conversation in the café wound up in the writer’s ‘impeccably modern’ flat in Montparnasse, and as both Padgaonkar and his wife Latika spoke fluent French, Vera didn’t have to play their English translator. It was such moments that brought wonderment in the words of Padgaonkar the storyteller.

One of his favourite European writers was Isaiah Berlin, the historian of ideas. Berlin’s celebrated essay, ‘The Hedgehog and the Fox’, draws its title from the Greek poet Archilochus: ‘The fox knows many things, but the hedgehog knows one big thing.’ Shakespeare is a fox, Dante a hedgehog. ‘Tolstoy was,’ Berlin wrote, ‘by nature a fox, but believed in being a hedgehog.’ In a world without Padgaonkar, those who have been touched by his mind will miss the range of the fox.