The Curse of Memory and the Uses of Forgetting

Forget the past and move on. A provocative new book questions the moral superiority of historical memory 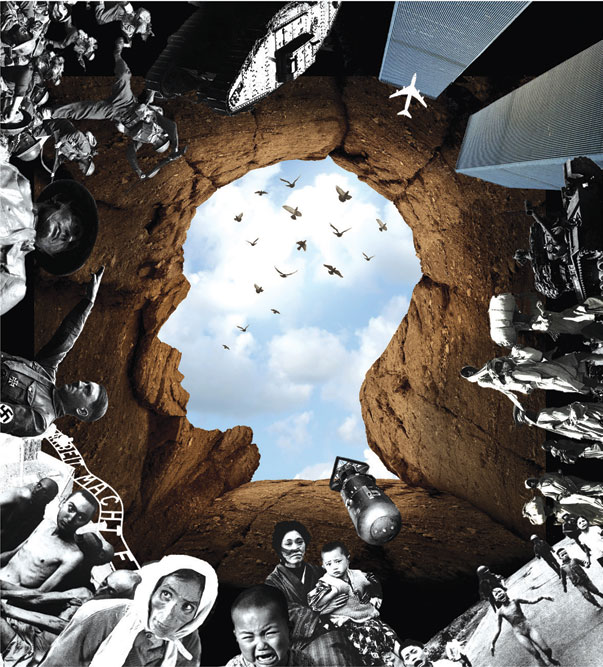 THE STRUGGLE OF man against power is the struggle of memory against forgetting. When Milan Kundera wrote this thirty-five years ago, it was an inevitable aphorism from a novelist trapped in history. The Book of Laughter and Forgetting opens on a cold, windy day in Prague, and standing in a balcony for a public function are two communist leaders, Klement Gottwald and Vladimir Clementis. The moment is captured in photographs as Clementis puts his hat on Gottwald’s head. When Clementis is purged later, and airbrushed out of photographs, the hat on Gottwald’s head is the only memory of his existence. The struggle of memory, though, was not an East European exceptionalism alone.

It is what defines the finest fiction that came out of post-War Europe, novels in which History is not an overwhelming presence with a capital H but history as an adjective, as ‘being in the world’, to return to Kundera again. Memory on page is art’s alternative to history, and ‘forgetting’ is political convenience, as it is for the president of forgetting, Gustav Husak, in The Book of Laughter and Forgetting. Erasure of memory is ideological terror, and to remember is not to forgive.

When memory floods reality, even imagination takes a bow. ‘There is no poetry after Auschwitz,’ wrote Theodore Adorno. No imagination could have gained access to the finality of the Holocaust, to the enormity of the evil; the reality was too powerful, too intimate, to indulge the storyteller. Time did not heal, and the arguments of history did not—and do not—erase the memory of the living. Lest you forget—and the sentiment still animates pages, whether in fiction or in such wonderful non-fiction as Timothy Snyder’s Black Earth: The Holocaust as History and Warning. The rite of memory humanises history—and nourishes literature.

It is in politics that memorial services—or the industrialisation of remembrance—get monumental. We are all commemoration nuts in some ways. Our cities are home to metallic installations of ‘lest we forget’; our roads are reminders of our indebtedness to history; and our calendars continue to renew our historical memory. We love anniversaries because we have been taught to learn from the past, to be proud by revisiting the glories of yesterdays or to shed tears for the martyrs and victims from the distant zones of our political inheritance. Wars are not to be forgotten: the Great War and the Second World War are still subjects of reassessment and remembrance—not to speak of historical rewriting. The Irish are having an existential reappraisal based on 1916. And we Indians are more inclined to commemorate individuals than events. We are all Santayana’s acolytes: ‘Those who cannot remember the past are condemned to repeat it.’

Really? David Rieff raises the most provocative question of our time in his book In Praise of Forgetting: Historical Memory and its Ironies (Yale University Press, 160 pages, $25). He challenges the deceptive morality of memory politics—the act of remembrance is what we owe to the past that made us. We are historically obliged to memorialise. He calls it a ‘consoling conceit’. He asks: ‘How to reconcile ourselves to the reality that… sooner or later the past will recede in importance before it is lost entirely? For here the personal oblivion we call death and the societal oblivion we call forgetting are two sides of the same coin?’ In the history of nations, the politics of memory has not necessarily led to reconciliation; it may divide the mind further, and democrats and dictators are masters in manipulating historical memory for immediate dividends. The conventional premise is that nations are built on memories. Rieff is closer to the belief that national legacies are indebted to forgetting too.

Rieff, whose every page carries a reference or two to formidable philosophers and sociologists, is too argumentative a mind to leave any assumption unquestioned. So, in spite of the directness of the book’s title, he is not a complete repudiator of memory but, as the subtitle suggests, an exposer of its ironies. ‘Whatever its purposes,’ Rieff writes, ‘the authority of collective memory depends…on our not inquiring too insistently about its factuality and not worrying overmuch about its contingency, but instead of allowing ourselves to be swept away by strong emotion dressed up in the motley of historical fact.’ The politics of remembrance echoes Nietzsche: ‘There are no facts, only interpretations.’ What Rieff does is this: He shatters the moral superiority of the remembrance industry, for to remember in ‘our therapeutic age’ is to be responsible to truth and history. He questions what Tony Judt calls ‘the easy piece of received wisdom’.

Does forgetting then rhyme with forgiving? Are these the two operative words in, say, the Palestinian-Israeli conflict? Is it that generational transitions will finally make remembrance redundant—and bring in peace? Is it that to remember, as a political rite, is to get lost in the idyll of nostalgia? Rieff does not believe in the finality of answers. His own backstory contains the loose paraphrasing of the answers. As a reporter covering the Bosnian War, which he thinks was ‘a slaughter fuelled by collective memory’, Rieff used to carry with him two poems by the Polish poet Wislawa Szymborska (who won the 1996 Nobel Prize for literature). The concluding lines of ‘The End and the Beginning’ reads:

Those who knew
what was going on here
must make way
for those who know little.
And less than little.
And finally as little as nothing.

In the grass that has overgrown
causes and effects,
someone must be stretched out
blades of grass in his mouth
gazing at the clouds.

These lines are quoted by someone who not only reported wars—shall we call them the bloodlust of memory—but saw his famous mother, Susan Sontag, die cell by cell in prolonged illness. (Rieff even wrote a book about that, Swimming in a Sea of Death: A Son’s Memoir.) Perhaps it is natural for such a writer to put forgetting above forgiveness: ‘Without at least the option of forgetting, we would be wounded monsters, unforgiving and unforgiven.’

Still, in a world where monsters of a different kind build empires on perfumed memories, and where a Greater Yesterday is the most heard refrain of sloganeers who promise a better future, we may still be tempted to step away from the ironies of historical memory and listen to the poet: ‘After such knowledge, what forgiveness.’ Isn’t that knowledge memory?