JNU brings out the redundancy of the campus Left 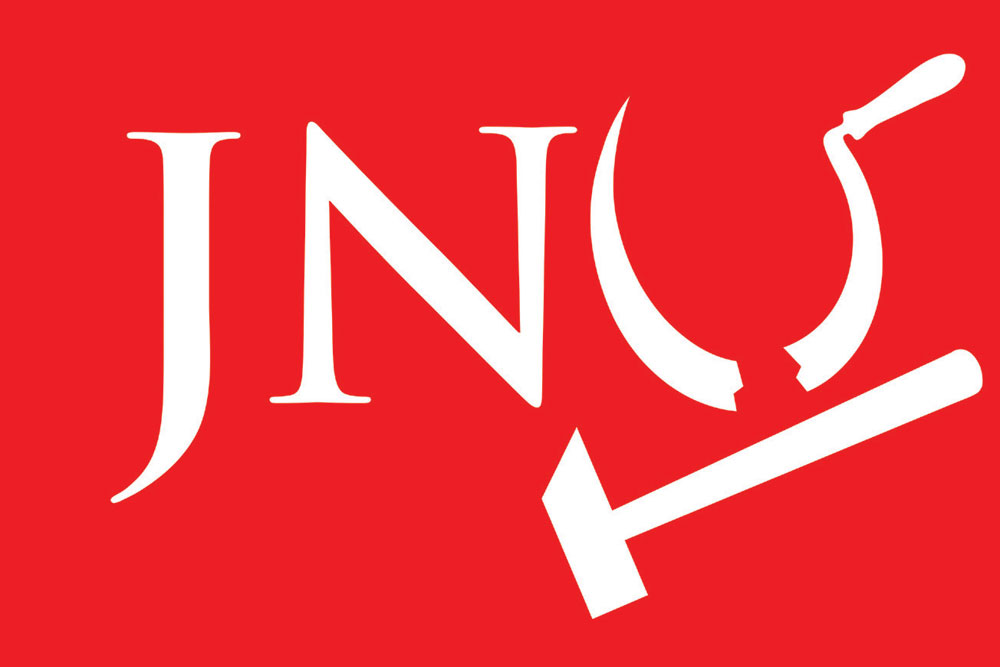 The year was 1999. I was Associate Professor, Department of Humanities and Social Sciences (HSS) at IIT, Delhi (IIT-D). The back gate of IIT-D opens on the Vedanta Desika Mandir Marg, just after Ber Sarai.

This same street, after the traffic light, becomes Aruna Asaf Ali Road. Almost a symbolic transformation from the right to the left? That’s where the JNU East or VC (Vice Chancellor) gate is. It is easy to wander from one campus to the other.

Once, sitting on a rock by the Ganga Dhaba, a friend in English Studies said, “Makarand, you’d do well here in JNU. Instead of teaching uninterested would-be engineers and techies at IIT.” I wasn’t really sure. I looked around at the surroundings: shabby, ill-kept, in comparison to the neat and trim IIT campus. Bourgeois values, a JNU-ite snorted contemptuously.

Then JNU offered me a professorship in English. I had never applied for the post. I was invited to come to the interview.And selected. The Leftists protested. Hiranmay Karlekar, well-known journalist, then member of the JNU Court, asked how I had been appointed over so many other worthy (by implication, Leftist) applicants. Then Vice Chancellor, Asis Datta, shut him up by saying that the Selection Committee had unanimously recommended my appointment.

That was my first taste of Leftist intolerance.

But I was in for more surprises. JNU was dominated by a futile and deluded, not to mention negative and destructive, Leftist student politics. Shielded and protected by powerful faculty lobbies. The world may have changed, but JNU was caught in a time warp.

Students stayed on for years, teachers took on more PhD students than they could handle. The tuition fees were something like Rs 250 a year; the hostel charges,bang next to Vasant Vihar, one of the poshest Delhi colonies,around Rs 10 per month.

Worse, instead of a culture of excellence and competence, the prevailing ethic appeared to be parasitism and partisanship. Everything was political. Or politicised. Anti-government activists thriving at Government expense. This was what Socialism seemed to boil down to. I was remined of Yeats: “The best lack all conviction, while the worst/ Are full of passionate intensity.”

Everywhere, on every bare wall, a poster war. With slogans frozen in time, reminiscent of the ‘60s and ‘70s. Supporting lost causes and failed hopes. Every now and then, there would be a protest march. Gathering near Ganga or Sabarmati hostels. Then marching to the Pink Palace, shouting slogans. Pink Palace was the Leftist appellation for the administration building.

Was this all that revolution meant? A campus march from hostels to admin building, shouting anti-this-or-that slogans. And endless hostel socials. Living cheaply, sharing rooms with any number of ‘guests’. And of course bunking classes. Attendance purely optional.

If the rhetoric needed to be ratcheted up, the malcontents would gather at 11 AM. Most having stayed up nights, anything earlier was anathema. Then they would go about disrupting classes, blockading buildings. If you had a lecture at 9 AM you might escape this outrage. But at that early hour, you wouldn’t have more than three or four students, often dayscholars, in class.

There was a season and schedule for such disruptions. At least twice a year, in the middle of each semester. Strategically around Holi and Durga Puja. Bengalis went home during the latter, the Biharis during the former. Half the semester was invariably wiped out in holidays and demonstrations.

Biharis and Bengalis were easily the largest regional groups. Most of the latter were Leftists, a good number of the former, Right-wing. It was all about class. The well-heeled, English-speaking bourgeoisie were usually Left-leaning. The aspiring lower-middle class, Hindi-speakers formed the support base of the Akhil Bharatiya Vidyarthi Parishad (ABVP), part of the Sangh Parivar.

Ever since its inception in 1971, Leftist students had totally dominated the JNU Students Union (JNUSU). Some 22 JNUSU Presidents have come from the Students Federation of India (SFI), an affiliate of the Communist Party of India-Marxist (CPM). For a while, the JNU SFI broke away from its parent organisation, which in turn expelled a former president, Albina Shakeel, whom I had myself taught.

All India Students Association (AISA) candidates have won the JNUSU presidency 11 times. AISA is the student wing of the Communist Party of India (Marxist-Leninist)-Liberation. This is the 1973 breakaway of the Communist Party of India (Marxist-Leninist). The latter was formed in 1969 by the All India Coordination Committee of Communist Revolutionaries (AICCCR) led by Kanu Sanyal. Those guys were the original Naxalites.

Kanhaiya Kumar, JNUSU President in that critical year, 2016, belongs to yet another Leftist group, the All India Students Federation (AISF). This is the student wing of what is now perhaps the oldest of our Left parties, the Communist Party of India (CPI).Other groups like Democratic Students Federation (DSF), an SFI splinter, are even more radical.

The National Student Union of India (NSUI), founded by Indira Gandhi in 1971, is affiliated to the Congress. No NSUI candidate has become JNUSU president. Arch-rival ABVP has fared scarcely better. Sandeep Mahapatra, who became President the year after I joined JNU, is the sole exception. He had a clean image and reasonable persona. Not like other cadres who are derisively dismissed by the Leftists as ‘lumpen’.


JNU was dominated by a futile and deluded, not to mention negative and destructive, Leftist student politics. Shielded and protected by powerful faculty lobbies. The world may have changed, but JNU was caught in a time warp

What, then, of the romance of Leftist politics? Doesn’t it still haunt our intelligentsia, besides garnering sympathy and support for JNU Leftists? Captured so tellingly in Sudhir Mishra’s Hazaaron Khwaishein Aisi (2005), there is indeed something idealistic and attractive about those who want to work for social change.

In today’s JNU there is little of that romance. Old timers may boast of the days of DP Singh, Sitaram Yechury or Jairus Banaji. Of freethinkers like Nirmala Sitharaman. Of politically engaged toppers like S Jaishankar and Abhijit Banerjee. Or how heroically JNU students resisted Indira Gandhi both during and after the Emergency.

All that is now but faded glory. Except for the sly eroticism of ill-dressed comrades at late-night meetings, marches, slogan-shouting and poster-pasting, there is nothing remotely romantic left in the JNU Left.

Why this decline? Why the prevalent cynicism and stupidity instead of meaningful and engaged political activism? The reason is simple. A deterioration in thinking, studying, taking issues seriously.

Many JNU Leftists haven’t even read Marx, let alone Engels, Lenin or Mao. If you mention Trotsky or Plekhanov, they blink as if they have been caught on the wrong foot. As to critics of Communism, from Koestler to Solzhenitsyn, Polyani to Dekotter, these names have never been heard of.

I realised with a shock that no one believes in Marxism anymore. It’s mostly posturing. If not pure hogwash. What is left, then, is careerism masquerading as politics of demand and disruption. Skipping classes, occupying buildings, gheraoing officials, sometimes even teachers, bringing the university to a standstill—these are their stock-in-trade. Later, most become lecturers in DU colleges.

Matters came to a head in 2016, after the rally in support of Afzal Guru. Masked outsiders made their first appearance on campus. Tukde tukde and azaadi slogans were chanted. Mattresses were spread across the ‘Freedom Square’, as the admin building came to be re-christened. Smelly students shacked up around the Pink Palace. The intent was plain and simple—to create a nationwide student movement against the Modi Sarkar.

Cut to the present. Left, right or centre, we should abhor violence on campus. Whether it is between groups of students. Or by outsiders. But no university in the world can allow students to shut down, prevent peers from taking exams or registering for courses.

We should not glamourise JNU protests. However sympathetic we may be to students’ democratic right to express themselves.

The only way forward is to open classes and labs. The university must be restored to its primary purpose. Which is academics, not politics.