Ideology in Black and White

The false morality of the race debate 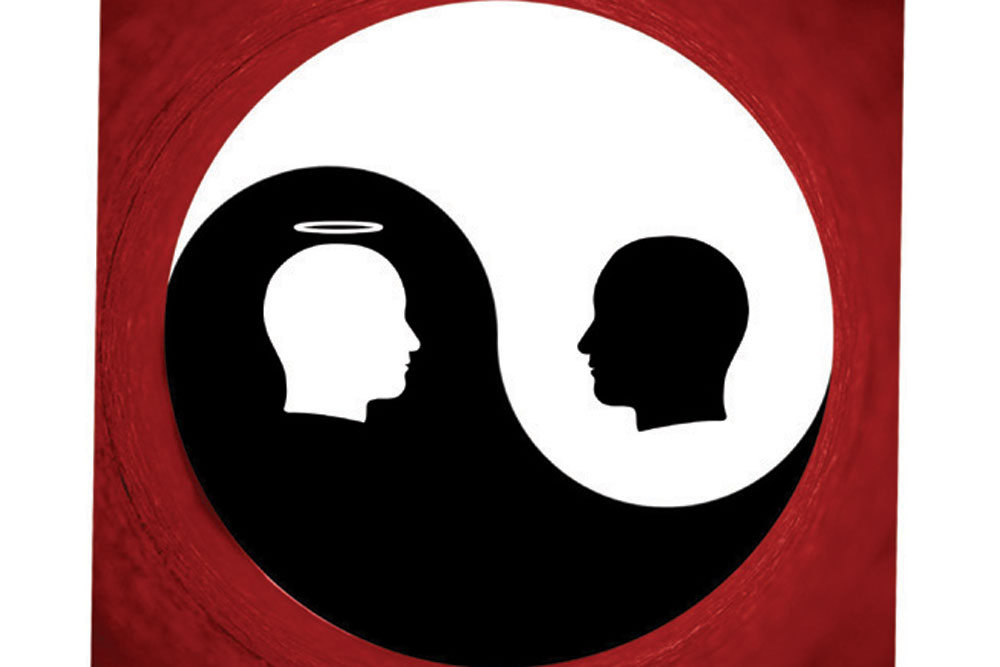 
HISTORY HAS CEASED to be a unifier. Maybe it has never been. Still, such occasions are many in the lives of nations when a shared sense of destiny unites rather than divide. We’re in it together is not a cliché anymore. It’s a tired lie. The divisions are starker now, and it’s not the virus or riotous protest that causes them. Ideology has left the graveyard built for it by the science of Endology. It haunts the discourse—and even the headlines.

First the pandemic. Even as it globalised fear, the way in which the coronavirus infected politics was something equally real. True, as the virus spread, there were failed leaderships and there were exemplary leaderships—there were Donald Trumps and there were Jacinda Arderns. Also true: a national crisis can turn the ordinary into heroic—remember what 9/11 did to George W Bush. It can also turn the leader himself into a bigger crisis, as liberals think Trump
has become.

It was ideology that invented the suitable evil. In the West, liberal judgments were harsher when the evil was on the right side of the fence, and merely a sense of letdown when the offender was ‘one of our ideological family,’ no matter if the crimes ranged from sexual offence to lies. In this polarised polemic, the viral threat was reduced to the size of a president, and the debate over lockdowns to a clash between the left (stay locked down) and the right (reopen the market). Funny though, it was the other way round in this part of the world.

Now the dehumanising death of a black man under the knee of a white cop and the outrage it has spawned across the streets and newsrooms of America. Those eight minutes and forty-six seconds that George Floyd struggled for air under the knee of Derek Chauvin was eternity abridged by a cellphone camera. Those dying moments of a black man once again reminded a people of a world without justice and how Americans react to such a world irredeemably lost in its racial prejudices. Off street, the reactions were powered by ideology.

Both liberals and conservatives quoted convenient passages from Martin Luther King Jr to embellish their side of the argument. Liberals assumed that the rioting and looting was an inevitable outcome of the spontaneous rage. To protest was to stay unfettered, and it was a rightwing bias—the colour of which is white—to magnify the rage as rioting and looting, or so went the liberal sanctimony. The American Dream, it implied, is sustained by breaking America once in a while. And the most atrocious manifestation of violence, in the liberal angst, was the President himself. He was the accelerator of hate. The media mostly displayed the liberal traits. Twitter joined the left platoon; Facebook was condemned as right and Trumpian. Floyd has become a derivative tragedy.

What lies beyond the ideological dissection of the street anger is the permanence of a racial society, or what Robin DiAngelo calls “White Fragility.” In her book of the same title, she puts the so-called white progressives on trial: “Socialised into a deeply internalised sense of superiority that we either are unaware of or can never admit to ourselves,” white progressives “become highly fragile in conversations about race.”

The race, she argues, is not a biological truth but a social construct, and the white response to it is defensive. “Though white fragility is triggered by discomfort and anxiety, it is born of superiority and entitlement,” she writes, and, challenging the usual moralists, argues that “white progressives cause the most daily damage to people of colour.” Their shield is individualism. The ideology of individualism is what makes it easier for the white progressive—“any white person who thinks he or she is not racist, or is less racist”—to perpetrate a “culture of pushback.” It’s the ideology of individualism that allows white progressives to deny their “group membership”, to define racism as “intentional acts of discrimination committed by immoral individuals.” In this theology of uniqueness, the white officers who didn’t let a black man breathe, and whose crime was to pay for a pack of menthol cigarettes with a fake $20 bill, were just morally inferior people, nothing more.

Robin DiAngelo spares no progressive from a guilt institutionalised by society. Her provocation today shines a light on progressives wallowing in their uniqueness, and so effortlessly identifying and indexing culprits. Individual exceptionalism at the cost of social realism creates a false morality. It brings little justice to the unsolicited martyrdom of George Floyd.

It makes the ideological divide deeper, and the new Cold War in which the Iron Curtain is within the minds of the loudest and the righteous, a huge delusion.