The coronavirus panic in Parliament is extreme. Although Prime Minister Narendra Modi ruled out adjournment of the ongoing session, a majority of the Members of Parliament (MPs) are in favour of it. They argue that both in Lok Sabha and Rajya Sabha, MPs are seated very close to each other, increasing the chances of transmission—and so it is better to adjourn. Now they come, sign the attendance file and leave. So there is huge attendance on record but the Central Hall is empty. Each MP gets a daily
allowance of Rs 2,000 for attendance.

March 23rd is Pakistan Day, their equivalent of our Republic Day. It is a day when Hurriyat leaders were invited to the High Commission of Pakistan in Delhi, to be part of the celebrations. Last year, the day saw a major controversy when Delhi Police and Intelligence Bureau personnel surrounded the building and dissuaded people from attending. This year, however, will not witness any such drama because of the coronavirus pandemic. The High Commission has decided to postpone the Pakistan Day events.

Waiting for a Seat

Congress leader Rajeev Shukla did not get a Rajya Sabha seat. Sources in the party say he is on the waitlist but that is cold comfort for someone who was a Rajya Sabha member three times and has been waiting for a nomination ever since his term ended in 2018. This time, he did have a chance to contest from Gujarat. The high command had cleared it but there was no certainty of a win. Also, local Congress discontent was strong. So he decided not to contest. 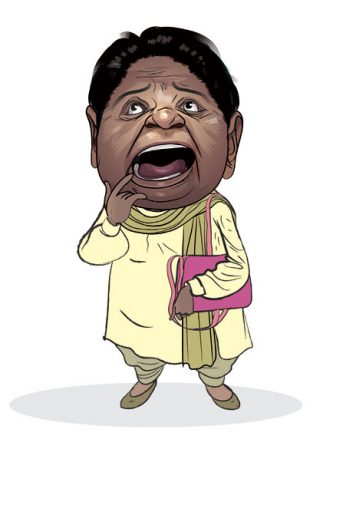 Mayawati has a problem on her hands in the form of Chandra Shekhar Aazad. Founder of the Dalit outfit Bhim Army, he has now floated a new party called Azad Samaj Party. His popularity among Dalits has been steadily rising and poses a threat to Mayawati, who has so far had no competition as the unquestioned leader of the community in Uttar Pradesh. Many are now saying that Aazad is their next-generation leader.

Yogi Adityanath has completed three years of his tenure and had planned to celebrate that in a big way. Then Covid-19 struck. But he should be satisfied at having remained Chief Minister for so long. Otherwise, Uttar Pradesh has a poor history of chief ministerial tenures. Also, Narendra Modi and Amit Shah seem satisfied by his performance given that they think the state is very challenging to govern. Adityanath’s main goals now are to construct the Ayodhya Ram temple and a huge Ram statue before his term ends in 2022.

National Conference leader Farooq Abdullah, who had been under detention since August 5th, 2019, has now been freed but people are noticing that he is not issuing any statement on the abrogation of Article 370 in Jammu and Kashmir. There are rumours that he has arrived at an understanding with the Government and could play a national role. But both sides continue to deny any such deal. 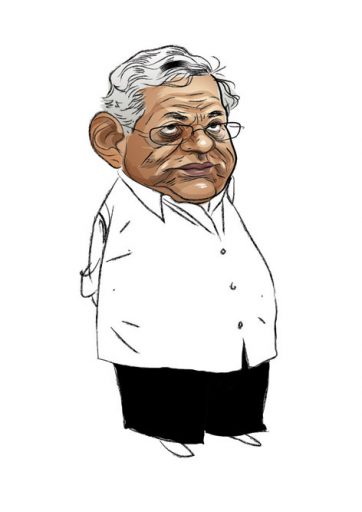 Sitaram Yechury is the General Secretary of the Communist Party of India-Marxist (CPM) but his party did not back him for Rajya Sabha seat from West Bengal because it would have meant asking for the support of the Congress and the Trinamool Congress. Prakash Karat seems to be still more powerful in the Politburo and is reported to be the reason for the decision. The party, along with the Congress, is instead supporting Bikash Bhattacharya, a former Kolkata mayor and a prominent lawyer. But the Trinamool Congress is not supporting Bhattacharya. Its leader, Mamata Banerjee, had proposed the name of former Lok Sabha Speaker Meira Kumar to Congress leader Ahmed Patel. But Patel found his party’s West Bengal unit was not in favour as it had already made
its commitment.

Rahul Gandhi, sources say, recently told Nationalist Congress Party leader Supriya Sule that, having resigned as party president, he is nobody to take decisions in the Congress now. Is that really true? Consider some of the leaders who got Rajya Sabha nominations recently: KC Venugopal from Rajasthan, KTS Tulsi from Chhattisgarh and Digvijaya Singh from Madhya Pradesh. They all seem to be Rahul’s men.

Just as Rahul Gandhi was about to set out on a nationwide yatra against the Government, he had to postpone it indefinitely because of Covid-19. An all-India Congress conference has also been pending for long. It was last held in 2013 in Jaipur. There were plans to have one in April in which Team Rahul was said to be trying to get him back as party president. That will also not happen now. With all political activities grinding to a halt, Sonia Gandhi will continue to be Congress President for some time.