Robert Redford: ‘I wanted my last film to be an uplifting one in these dark times’ 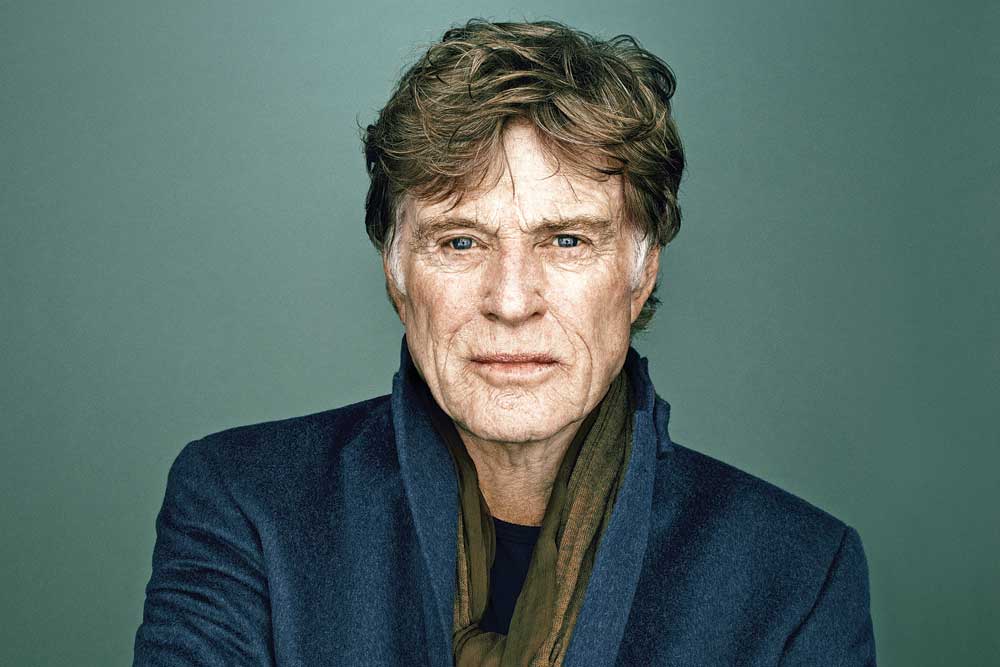 BASED ON THE true story of a gentleman bandit who holds up banks at the age of 70, The Old Man and the Gun (2018) sees Robert Redford playing Forrest Tucker, who is released from prison and promises to walk the straight and narrow but is tempted into one more heist. The man is suave and charming, characteristics that suit Redford. Not too long ago, he had announced he was giving up acting and that this would be his last gig. Born to a milkman father, he was once arrested as a teenager for borrowing a vehicle that had stolen jewellery in its trunk.

Is this really your last performance as an actor?

Never say never. On the other hand, I’ve been doing this since I was 21— that’s a long time. I don’t like stopping something because when you stop something, it’s the end of the road and I think that the road is long, so there’s just no stopping; it’s stopping maybe that (acting), and moving on to something else, which would be directing and producing.

When did you decide this was going to be your last movie as an actor?

The last film I had done was one that I was very proud of, but it was very serious, a kind of a heavy lift, a love story with Jane Fonda. It was a wonderful film to work on, but it was very sad. I wanted the next film, perhaps my last, to be uplifting. When I was doing it, I didn’t realise that it would come at a time in our cultural environment that’s very dark—as it is now. It’s a very sad thing to say, we are living in dark times politically. It is sad and depressing, and we are all losers. So it’s good to have an uplifting film in these dark times.

Do you believe that films can help change things?

I certainly hope so. We are at an all-time low and if it is going to take films to lift us out of the swamp we are in, then I’m all for it. Obviously if I try to put film into a political category, it would make me uneasy—because I think that film should stay free of politics. You can make films about political situations, but if it becomes political, that makes me uneasy.

Could you tell us a little about the Sundance Institute that you founded and the film festival it hosts?

The festival is about creating a platform for people who don’t usually get a chance to tell their stories. I was fortunate in that I was given a chance, but there are so many out there who are not, and I thought, ‘Well, can we create a category that gives them an opportunity to have a place to tell their stories?’ That is what led to the Sundance Labs and the festival. And the festival went beyond its objective in a way…. Initially, the idea of having films at the festival was to have a place where filmmakers could come and look at each other’s films because their work was being ignored in the marketplace. It created such an energy that people from outside came to see those films, so what was once one street of opportunity for filmmakers to see each other’s work suddenly became a second street of opportunity for audiences outside who were not given an opportunity to see such films.

Talking about your next phase, direction, do you think you should have started earlier?

No, because I started acting when I was 21. When I was 17 I wanted to be an artist and I was happy with that ambition—drawing and painting gave me great pleasure. When I shifted from painting to acting, it took me quite a while to accept that, because my love of drawing and painting was so strong, I realised that my art ambitions would now have to take second place and become my hobby. It took a long time for me to get over that. It was only when my acting career reached beyond what I thought it would, when it attracted more attention than I was expecting that I realised I had to make a decision to move from this place to that and accept the fact that acting was going to claim my life and drawing would take second place. So, you can see, it takes me quite some time to shift gears.

If I were to be remembered, it would have to be for the work that I have done. That’s what I would prefer: my work in movies, theatre and television.