Hilary Swank: ‘India is the most colourful place I’ve been to’ 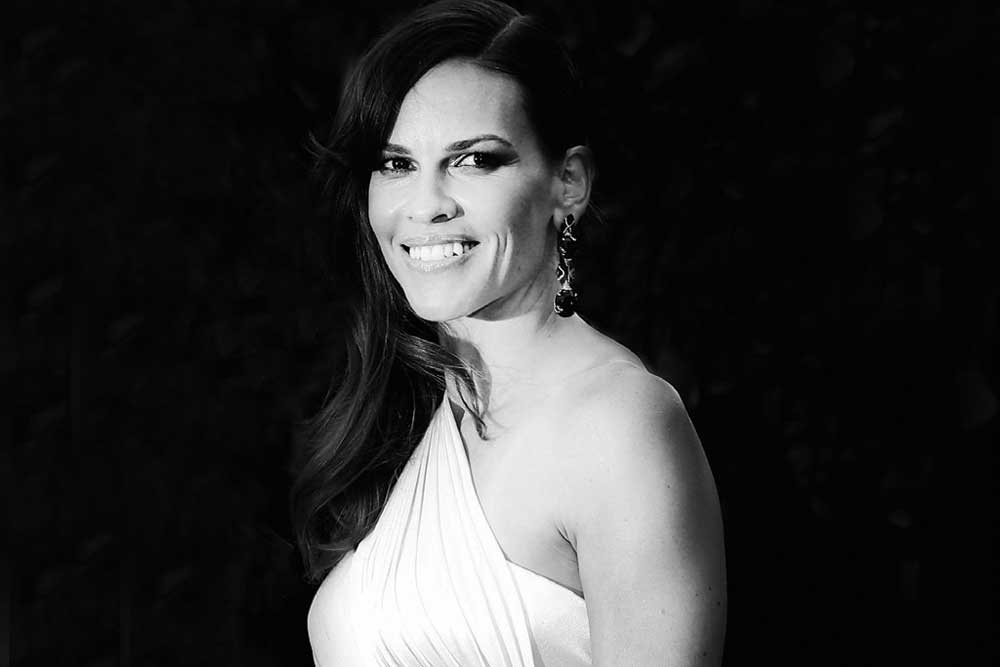 THERE SEEMS TO be a sudden fascination in Hollywood with the 1973 abduction of John Paul Getty III. First there was the movie All the Money in The World which was released last year and now there is the TV series Trust with Donald Sutherland and two-time Oscar winner Hilary Swank. Directed by Danny Boyle (of Slumdog Millionaire fame), the series delves into the lives of the Getty family. I speak to Swank, best known for her roles in Boys Don’t Cry (1999) and Million Dollar Baby (2004) about the show and more.

You seem to have disappeared from the Hollywood radar. Why?

I took three years off to take care of my dad as he got a lung transplant and I was his sole caretaker, so it was like ‘I’m coming back’ and now I’m back with television and a couple of movies at the same time. I was on a set filming a movie and Danny Boyle called me and said, ‘I’m doing a series on the Gettys and I’d like you to be a part of it.’ I love Danny and would do anything that he asked me to do; I wouldn’t even ask to see the script.

Television versus movies, what is the difference?

When you do movies, you have about two hours to tell the story and that is so finite and you can’t really dig into the layers of those emotions. That it why it is really great to get into something and have it unfold over a period of time and to get a chance to explore the character for a longer time than you get to do in a movie.

Jean Paul Getty was known to be one of the wealthiest men in the world. But he was also known to be frugal. Are you a frugal person?

You know, we grew up with no money, we couldn’t even be frugal, we were forced to live by our means. So when you grow up like that, it informs you of who you are in so many ways. So I would say, ‘No matter what my income is, I’m still cognisant about money and how I spend it.’ I’m not like a freewheeler with it. It’s not really, ‘Oh, I want that, let’s get it.’ It’s just not me. Like anyone, I look for a deal. I look for the best airline ticket prices. I’m thoughtful about money and I recognise that it is hard earned. Without having it in my past, I respect it.

You mention tickets, so which is your favourite destination and why?

I love to talk about travel. I could talk about it all day. I just finished travelling. I did a movie in Australia and in New Zealand. I had been to Australia when I was 20 years old and I went to the Barrier Reef. I love that country so much, I love expanses of land. And New Zealand was captivating, it was so prehistoric, to think that you could walk somewhere where no man or woman has ever set foot. I think that I could settle in New Zealand. I would love to go to Iceland and Antarctica. When you travel and experience so many different cultures, it is so enriching.

Where are you from? India?

I love India. I’ve been to India a few times, but the most time that I spent there was in Dharamshala. I spent five weeks there. I went there in 2006, I was doing charity work, I just wanted to go and work with kids. I worked in schools, orphanages and hospitals, anywhere that I was needed. I found India to be the most colourful place I’ve ever been to; the people are so warm and Indian food is one of my favourite foods.

You’ve entered the production arena of late, haven’t you?

Oh, yes, I’ve been producing for a while now. I think I have produced eight movies, starting with Freedom Writers (2007). I love it. I love telling stories and now I’m actually going to be more hands-on, producing. I’m really, really looking forward to that.