It is not taught the way it is in India 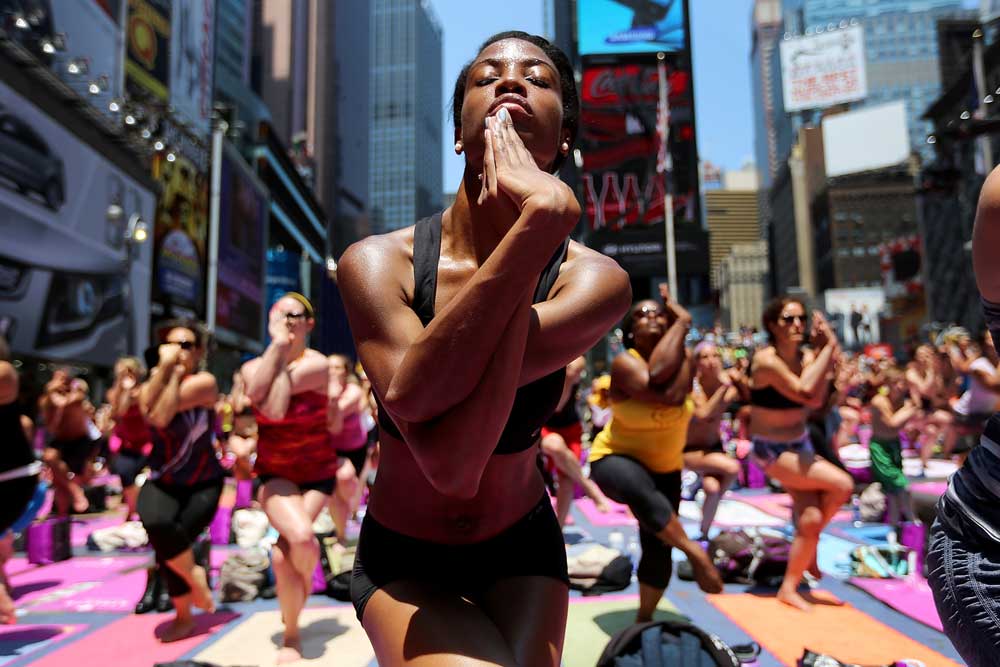 First off, I have to cop to the cliché of having landed up in India in the first place, thanks in part to my enthusiasm for yoga. It’s natural for an American yogi to hope that a visit to the ‘mothership’ will provide a deeper layer of answers and existential understanding. Having practised for several years in each country now, I am able to share some observations.

American yoga studios vary widely, but they tend towards being competitive spaces. Their constituency is largely athletic Caucasian women, many of whom use their practice primarily as a form of exercise. Students are encouraged to push themselves towards increasingly complicated and acrobatic poses. Though yoga is a complex system, of which the asana is only a single element, the legitimacy of the instructor is often broadly delineated by his or her physical prowess and ability to demonstrate those demanding postures to the classroom.

Aesthetically, active wear has become the daily uniform of many upper-middle class American women and this aforementioned competitive spirit manifests itself sartorially in various iterations of Lulu Lemon or other like brands, where a pair of shape-making yoga pants can cost $130 or more. In larger cities, each class can cost $20 or more, rendering yoga available largely to the wealthy.

A great many US yoga studios describe their style as ‘ashtanga-vinayasa’ and this creative description echoes a culture of creative exploration in sequencing and an emphasis on a personalised teaching style rather than upon a guru or lineage. It is very rare to find a teacher who is on autopilot or satisfied to let the class run sans salutations or the primary series independently. Vinayasa inherently demands creative design from its teachers, and it fits well with the American ethos wherein people expect novelty from their instructors.

Indians are not free of an inclination towards external metrics of measuring ‘success’ when it comes to the storied discipline. There is particular fascination with the shirsasana, or headstand, as a means of evaluating one’s seriousness as a practitioner. ‘Can you do a headstand?’ is routine inquiry whenever the subject of my practice arises. The ultimate desi parallel to the competitive nature of American practice, though, is found amongst ashtanga enthusiasts who will consistently yogsplain why their approach to practice is superior to all others. Because rigorous ashtanga reliably produces the highest incidence of injury, it is fortunate for its proponents that India is not a litigious society.

It is in the Indian studios where the pranayama practice beyond ujaii breath and anulom velom can be developed under the guidance of experienced practitioners. Emphasis on the chanting of mantras and the effect that sound vibrations have on the internal body is a subject commonly explored or at least incorporated into classes in India, where one is much more likely to <om> out loud or chant in a group setting, thus confronting the particular vulnerability such an expression brings. Indeed, the depth of learning surrounding the practice—including the study of and adherence to the eight limbs of yoga, less commonly emphasised in American studios—is a much more integral part of the discipline in India.

The number of vegetarians per studio is undoubtedly higher in India than in the States. While this is not entirely due to yoga practice, it reflects a philosophical accord with the yamas and niyamas, which are precursors to an asana. This is no small factor when we assess the broader cultural impact on the practice, and impact of the practice on culture.  Because adherence to tradition is a pre-eminent cultural value in India, there is strength in technical instruction of both breath work and posture, while creative and dynamic instruction are harder to come by. Cultural mores dictate that having someone from an ashram come to the house to work one through the primary series in a callisthenic fashion, and perhaps throw in a massage, is an entirely desi luxury phenomenon.

An infusion of creative energy could benefit the practice as it exists today in India, as conversely a grounding in the traditions of the broader scheme of yogic wisdom could help round out its American counterpart. The best instructors on both continents integrate the physical with an understanding of how to guide students through deeper understanding of their bodies, using the breath. They are proficient in offering calculated adjustments and their egos are checked in a way that allows students to open into individual understanding. I urge you to run screaming from teachers who rationalise the high incidence of injury in their tutelage by pointing out the lessons one can learn through healing. Grief, for example, also teaches immense lessons but we do not bound headlong into it. Wise instruction demonstrates a balance of encouragement and restraint, allowing students the space to develop at their own pace. For the student, unbinding oneself from goal-oriented pursuit and learning to expect nothing specific cultivates acceptance. After all, it is just a practice.