What Does the Name Rama Mean to You?

The various divinities of Lord Rama 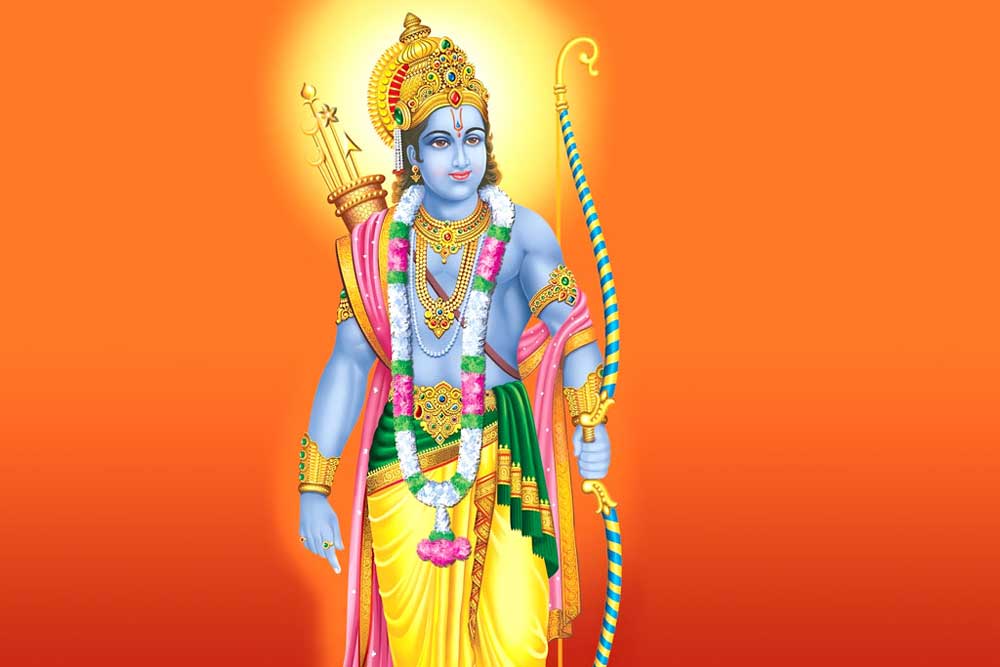 I don’t ask this question as someone who was brought up in an orthodox South Indian Brahmin home. I don’t even think it has anything to with following Hinduism. I ask this because as Indians, simply, that name must mean something to us all. It’s a symbol, a metaphor, if you will.

To an ascetic who meditated so deeply that an anthill formed around him, it must have been synonymous with the darkness of the evening clouds. Neela Meghashyama Rama.

Millennia later, to a devout Brahmin attuned to the western gesundheit, assimilating that with the only truth he knows by saying Shri Rama after every sneeze is second nature.

To a distraught king, it must have been synonymous with the word “son”, for he pined after him time and again until he left his mortal coil. Dasharathi Rama indeed.

To a child, that name might be synonymous with fireworks, sweets, new clothes, a new book or a later curfew. He or she can play longer, because the celebrations only begin later in the evening.

To a young woman, it might have meant a chance, if not the only, at marriage. A man strong enough to do that which she alone had done. It might have symbolized strength, resilience and loyalty. Janaki Vallabha Rama.

To young ladies today, it might be a double-edged sword. On one hand, their grandmother’s tales promised a “good” husband. That could bring them up as romantics. On the other, they have heard that not even he was all that they thought he was. It might force them to feminism with an inclination to take all stories apart to find sexist remarks. It might teach them that no man is perfect.

To a Hindu politician of the extreme right, it might mean the pride of claiming a plot of land “for the people”.

To a pious rakshasa, it might have meant that he could escape his fate and find Moksha. He did not need to share the fate of his wayward brethren. That name meant salvation. Janardhana.

To a young Muslim boy, it might just be the name of his closest friend, a name forbidden in his household for the memories it invoked. He was told “heathens” chanted it when they destroyed a mosque.

To a Vanara who called Kishkinda his home, it might have inspired him to reach his true potential. Enough that he could literally take a leap of faith. Hanumadhaashrita Rama.

To a young man born in Hampi, Kishkinda without much access to the epics, that word has come to mean everything. It reminds him of the passion and energy with which his late paternal grandfather told him stories from the Ramayana. It brings tears to his eyes as he remembers watching that grandfather die, exclaiming, “Oh Rama! Oh Krishna! Have you come to take me?”

Last December, exhausted by the sheer weight of city life, I returned to Kishkinda and over 18 days, I read a translation of the Mahabharata by the Tungabhadra. I had read so many versions of the Ramayana, but discounting Kulapathi Munshi’s Krishnavataara I had never read the Mahabharata. For some reason, Shri Rajagopalachari’s version eluded me. So this was the first time I read the Mahabharata.

I sat under the shade of two neem trees, and read the Adi Parva.

I climbed atop the hill where Hanuman was supposed to have been born, fabled Anjanadri, and read how Bhima encountered his half-brother.

I read the Bhisma Parva atop a hill where the rishi Matanga was supposed to have performed austerities, cursing the Vanara Vali when his fight with Sugreeva disturbed him. I sat opposite the Stone Chariot of Hampi, and read of the fall of Suyodhana.

I stood in an abandoned temple to Narayana and recited the 1008 names of Vishnu, with my bare feet kissing the hard, hot rock of Kishkinda.

I wondered then, what does the name Krishna mean?

To a mother who had to watch child after child of hers slaughtered in front of her by her brother, it must have been respite. It must have been synonymous with her motherhood. Devaki Nandana Krishna.

To a beggar trying to sell peacock feathers under the shade of boulders, did that name mean much? Did it symbolize the dark crevices of space, or the darkness of the night that he had to sleep outside?

To an archer without direction, did that name symbolize a charioteer in more ways than one? Did he realize when he chose him over the multitudes of his armies, that direction was more important than power? Did he realize that he could steer men towards Dharma like a cowherd steers his cows towards home? Parthasarathi.

To young girls dancing the dandiya every year, does his name inspire romance, or again, does it invoke their anger at men and their wayward ways? Or does it make the dark-skinned ones wonder why they’re not called “as beautiful as Krishna Droupadi”? Can mere mortals not be both beautiful and dark-skinned?

To a woman who birthed a hundred sons and a daughter, does that name make her curse out in pain? Did she cry because he ruined her dynasty, the fruits of her womb? How then was he named Hiranyagarbha?

To an outsider to this country, does the name seem naked without the prefix “Hare”? Does it bring white temples and white idols to their imagination? Do they not know what his name means?

To cowherds watching their herds, he morphed the fields with a melodious litany, ridding them of boredom and lifting their fatigue with his song. Muralidhara.

To me, the name Krishna alone invokes the anger of Gandhari. Was he not just a mere trickster? Could he not have stopped the fall of the Pouravas?

Is not what the Gopala does straightforward?

After returning to read the Harivamsha earlier this year at Hampi, I began to understand Krishna a little better.

How different Govinda is from Rama! Rama has no idea who he is, and he dives directly into the affairs of men. Krishna knows full well who he is, and he plays the role of a proverbial charioteer, aloof in a sense.

He frightens Yashoda senseless by the mere action of opening his mouth.

He wins the hearts and souls of the Yadavas.

He sees Indra as an unworthy recipient of worship and spites him, raising the Govardhanagiri to shield his family and friends from him.

He dances atop Kaliya’s heads, ousting the venomous power-madness from his fangs.

He plays the intricate game of Dharma with the Pouravas, and herds them like the Eternal Gopala that he is.

What does Krishna mean to me?

These days, I don’t think of the name Krishna alone. I think of it together with the name Rama, as I always should have.

When I was 6, I attended my maternal grandfather’s funeral anniversary at Hampi. To keep me silent, my grandmother bade me to sit under the skylight and chant my grandfather’s name. She said that if I did that, he would come to see me.

Naturally, I chanted the name Ramakrishna for hours, hoping to see the man I had heard so much about.

I’ve been told that I resemble him. Rama knows that I certainly inherited my giddiness for Kishkinda from him.

And my love for itihasa comes from both my grandfathers, both of whom were named for the magnificent Hari. My paternal grandfather, Narayana, had imbued me with a love for stories. I cannot think of him without remembering his wonder and awe as he recounted the tale of Gajendra Moksham for the hundredth time.

Ramakrishna left me a vast collection of the Bharatiya Vidya Bhavan’s Journals, a few hundred from the 40s and 50s, and those have unleashed the delirious love for itihasa in me.

And that is why I will return to Pampakshetre and plant my feet in the waters of the Tungabhadra and read the Valmiki Ramayana. I will read out pages into the wind and tell Anjaneya that despite the millennia that have passed, there are still those who will think of Rama with goosebumps all over their skin.

I will drink the water of the Tungabhadra and I will tell the river to inform the black bears of Kishkinda that Jambavanta can rest easy: even today, the waters gush at the sound of Rama’s name.

I will stand on a rock under the shade of those two neem trees and I will tell Ahalya that even today, people cry for the name Rama.

I will eat wild berries that once nourished wayward bards and raconteurs, and as I spit out each seed, I will tell Shabari that even today, fruits taste best when one thinks of Rama.

And I will ascend Malyavantha Hill, where Rama lamented for Sita, where my grandfather lit a lamp for his Rama every day for decades, and I will tell both him and Jatayu that even today, even today, there are those who dare scream the name of Kodandha Rama into the wind and declare into the wind that Ramarajya still exists!