Northeast has to become an active participant, and not merely a transit or passage, in the Act East policy 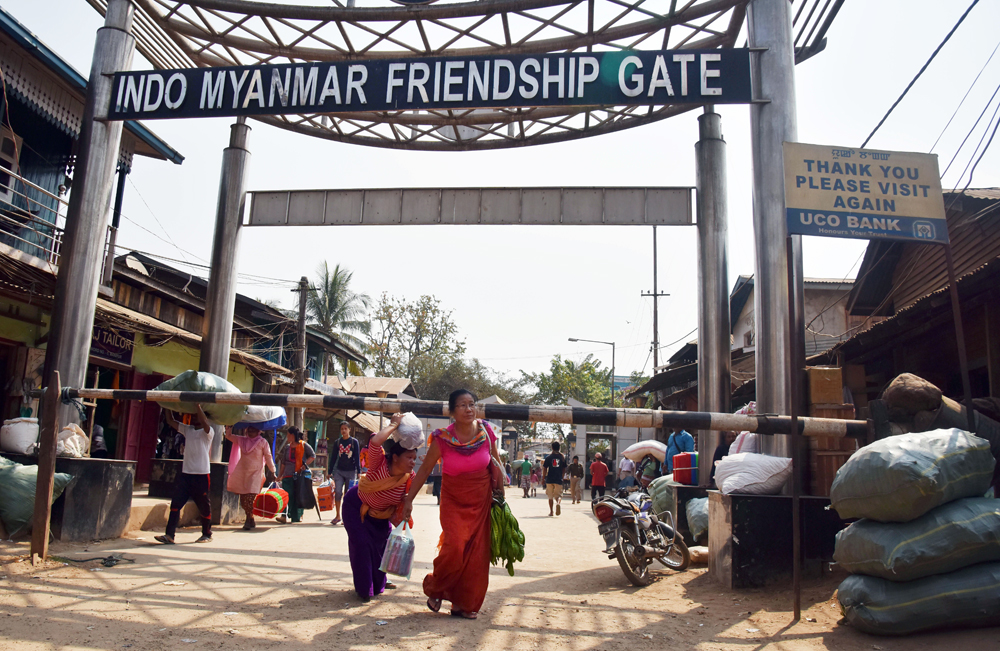 It is the only region in India having borders with 5 countries. It rubs shoulders with the Tibetan Autonomous Region of China (1395 Km ), Myanmar (1640 Km), Bangladesh (1596 Km), Bhutan (455 Km), and Nepal (70 Km). It has entry points into all these countries, that connect it onwards to the ASEAN through land as well as through the Indian Ocean.

Having said this, I wish to make one important distinction. In all these decades there has been a tendency to look at the region as a gateway only. India should stop looking at the North East as merely a ‘Gateway’ to the ASEAN in our Act East scheme of things. Instead it should start treating the region as the ‘Hub’ or ‘Pivot’ of India’s Act East. Northeast has to become an active participant, and not merely a transit or passage, in the Act East policy.

The region is endowed with geographic, demographic and natural diversity, which is largely unexplored and unexploited. It has high literacy rates with substantial English-speaking population, thanks to the efforts of not just the governments but NGOs like Ramakrishna Mission, Vivekananda Kendra, Vidya Bharati and many Christian missionaries.

It’s demography is diverse. Yet, large sections of the population have identical physical features with the populations of many ASEAN nations. But it will be a mistake to look at it only from racial prism. The region shares strong civilisational connect within as well as with several ASEAN and other nations like Thailand, Myanmar and Bangladesh, both historically and demographically.

Every since the NDA came to power, Prime Minister Narendra Modi has paid greater attention to the infrastructure development in the region. Several key projects funded by Govt of India have been prioritised to give necessary impetus to the Act East policy. Kaladan multi modal project is one such project and is at its last leg of completion. Scheduled for completion by 2019-2020, the project will connect Kolkata port to the North East region via Myanmar’s Sittwe port.

The NDA government sees the Land Ports or the Integrated Check Posts laced all along the region’s borders as ‘trade rivets’ to the ASEAN. Moreh in Manipur and Akhaura in Agartala have turned out to be a major source of land port based trade for the region. India-Myanmar-Thailand Trilateral Highway will serve as the main trade and tourism artery for the future for the region. It consists of Imphal-Mandalay 584 km and Mandalay-Bangkok 1,397 km segments. It is a transnational highway in good condition except for 101 km, part of 120 km long Kalewa-Yagyi stretch, which is being upgraded to 2-lane highway by India. The project is set to be completed by 2021.

Tripura has attracted great attention from institutional investors as a potential logistics hub for the North East. A major reason is the project funded by the NDA government that will connect Sabroom, the Southern-most tip of Tripura, to the Chittagong port in Bangladesh, which is just 64 Kms away, thereby connecting the North East to the Indian Ocean and opening massive new trade arbitrage opportunities. Once completed, this project will enhance the potential of Agartala, the capital of Tripura state, into competing with Kolkata in terms of pushing two-way trade into the region.

HIRA – Highways, I-ways, Railways, and Airways – is the philosophy espoused by Prime Minister Modi for the all round development of the region that will offer multi-mode connectivity to the South East Asia. Many highway and railway projects are underway. Agartala became the 3rd I-gateway for the country with the coming of the fibre optic network from Bangladesh. Following the vision of the Prime Minister, various state governments have taken up projects to increase people-to-people connectivity. Udaan scheme of the Civil Aviation ministry is enhancing intra-regional air connectivity. Soon Guwahati airport will also be launching 6 flights to the ASEAN region enhancing its footprint in international connectivity.

Tourism has an untapped potential in the region. The region offers breathtaking natural beauty. Golf courses in the midst of lush green tea gardens are a rarity in the world; and for the Golf lovers, such places exist in Assam. One need not go to Switzerland for snow-capped mountains and glaciers; they are very much there in Arunachal Pradesh. The Lok Tak Lake in Manipur, the largest fresh water lake in the entire region is a heaven for leisure tourism and bird-watching. Region’s demographic diversity offers huge variety of cultural tourism opportunities. The Sangai Festival in Manipur and the Horn Bill Festival in Nagaland have already acquired a place in the global tourism circuit calendar.

Guwahati, the capital city of Assam is fast emerging as a healthcare hub. A new All India Institute for Medical Sciences (AIIMS) is also coming up. It will lead to health tourism. Historical battles were waged by the Ahom kings against the Mughals and several landmarks of those battles exist. The region had witnessed intense battles during the 2nd World War. There are places and objects associated with that historic event. There are cemeteries for both the British and the Japanese soldiers. All this has the potential to develop what can be described as History/War Tourism.

With its massive biodiversity, the region can easily be developed into an Agri-industry hub. Mushrooms, fruits, tea, rice, black rice, bamboo, fish, the regions richness in agribusiness, can’t be understated. The new government in Tripura has started exporting pine apple to Dubai recently. A state that produces the largest quantity of the best quality pine apples used to experience the fruits being thrown on to the streets and down the gutters in the past.

With the IIT, IIM, AIIMS and other institutes, Guwahati is fast emerging as the education hub. It’s potential can cater not only to Assam or the North East, but even to the neighbouring countries like Bangladesh, Myanmar, Bhutan and Nepal. The region offers well-skilled and English-speaking human resources which could prove an asset in regular hospitality sectors as well as the emerging sectors like geriatrics care for ageing societies. Again, its potential goes across the borders.

The region faces some challenges. Major challenge is lack of infrastructure and employment. States like Assam and Manipur have reached out to the international community through big business summits to attract Indian and foreign investors for investing in many greenfield and other projects. The opportunities are immense. No single multi-story apartment building exists in Manipur; there are no 5-star hotels in the entire region except in Assam. Real estate and housing sector has huge potential.

The region also faces the challenge of illicit drugs and arms trade. The region, unfortunately, falls under the shadow of the infamous ‘golden triangle’ comprising Laos, Myanmar and Thailand which is the hub of heroin-based drug trade. It is through this route that drugs and illegal arms find their way into some of the states in the region. Porous borders, coupled with populations of same ethnicity living on both sides of the boundary, make it difficult to contain the menace. However, determined efforts by the Union as well as State governments have resulted in significant improvement in the ground situation. Today, the region is largely free of terror and insurgency. Although several Indian insurgent groups still seek refuge across the border, vigilance and timely tough action of the Indian security agencies has put them on the back foot.

The North East of India has bountiful opportunities for investment in development of various sectors mentioned above. With proper focus and investment, it can truly become the center of gravity for India’s Act East.