A worthy movement that could yet go wrong 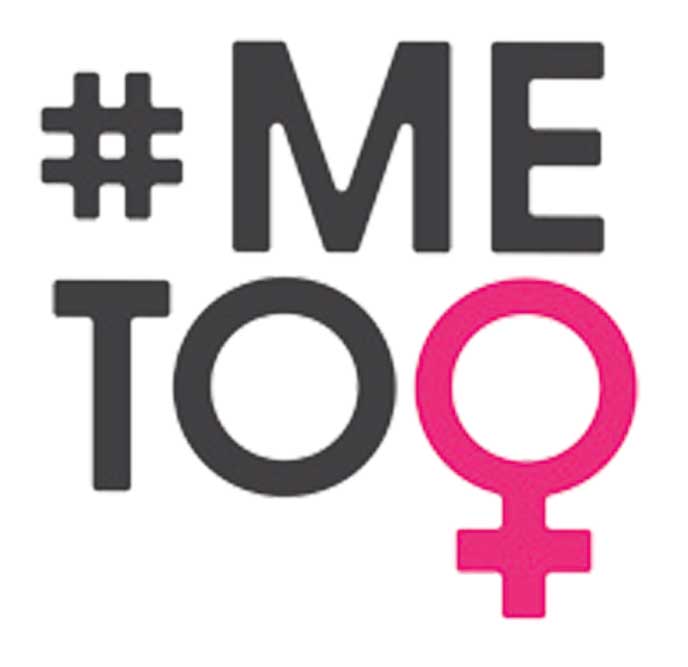 The MeToo movement has drawn attention to some fault lines in the male-female relationship in a context where men and women were created to be different, not ‘equal’ in the sense of sameness. The only fair and true statement is that both deserve equal opportunity. However far the ideal of equality is stretched, it is an undeniable fact that only women have a womb, capable of delivering the next generation of human beings—both men and women.

Physically, a man’s erect penis makes for easier forced sexual engagement than the more concealed female genitalia. The counter also holds true: that a well aimed kick on the male pubis can cripple a man’s lust within a moment.

Consensual sex among adults, multiple sexual partners, adultery, etcetera, are in a different category from forced sexual activity, active or passive. Rape is the next heinous crime after murder. Killing has an irrevocable finality to it. There cannot be a next step to that. Rape victims survive. The question is at what physical, mental and emotional cost. There are too many cases of infections from rape resulting in infertility, which is a life-long sentence for no fault of the survivor. Fear of lovemaking locks away chances of physical (and very often emotional and social) pleasures. It is unlikely that a marriage or relationship will in an emotional sense survive a frigid sexual partner for long.

Nature has designed male-female unions to be the very basis of the future, except in extremely rare case of parthnogenesis. Shri Adi Shankara Acharya’s Soundarya Lahari opens with a shloka on the union of Shiva and Shakti that brings about Creation.

Take a look around the natural world. Very often, it is the male of the species who dances, sings, dresses in eye-catching plumage, builds a nest, plays the role of provider and tries to make the female accept his advances. It is the same in the case of human beings. Right from the time when puberty hits an unwary boy, he begins to display his athletic capability, snazzy sports car, musical ability and whatsoever he fondly imagines his lady love may like! These are all societal charms equivalent to those in nature. To be wooed is one of the most pleasurable experiences for a woman.

Sure, any woman can opt for artificial insemination and be a competent single parent, bringing up well behaved children. She can do all this successfully with minimal male input. Yet, this does not negate the charm of being persuaded into a relationship.

Every unwelcome touch, however, is an intrusion. The greater the range of tactile assaults, the greater the violation. It is not just full penetration of a female by a male that constitutes a crime. Sexual crimes against young boys are also common. The fear of being raped, even if the incident does not actually happen, is also unpalatable. But an imagined fear is different from a real one.

Forced physical dominance over another and the fear it creates is also a crime. This boils down to a power equation. The combinations of this equation are varied. There can be the lascivious married male boss who loves touching his female employees inappropriately. It can be the chocolate loaded uncle who dandles a pre-puberty child on his knees and penis. It can be the dominant female boss who expects sex on corporate command.

There is another very real side to the story. There are females who flirt with their superiors to snag out-of-turn favours. The lowered baby-voice, fluttering eyelashes, rising hemlines, lowered necklines are all accoutrements to seduction.

Both men and women are usually aware of the slightest sexual element entering a relationship. Often a gentle graze on the palm is more suggestive than a boisterous full body hug that comes from pure friendship between the sexes.

Any sexual misconduct results in trauma. Economic and physical strength over a long period of time have given men an advantage over women. For example, there is often a queue of ladies waiting to marry a divorced man, while a divorced woman is still looked at with wariness. When people learn to respect each other both within a marriage or relationship and without will be a joyful day for men and women.

The festering trauma of an assault kept hidden and left unspoken of can no doubt be debilitating. That silence needs to be broken. But there should not be cacophony in its place.

Swift convictions of rapists do not seem to happen in this country. In this situation, condemning someone who sets up a romantic scenario with seduction in mind seems to be blown out of proportion.

Currently, financial power rests largely with men. Rather than risk their—in more than a few cases undeserved—reputations, familial peace of mind, etcetera, they could simply choose not to have women employees. Few men these days would be at ease working night shifts with women. This would be a silent but very potent reaction to the MeToo movement.