Angel Tax is a Highway to Hell 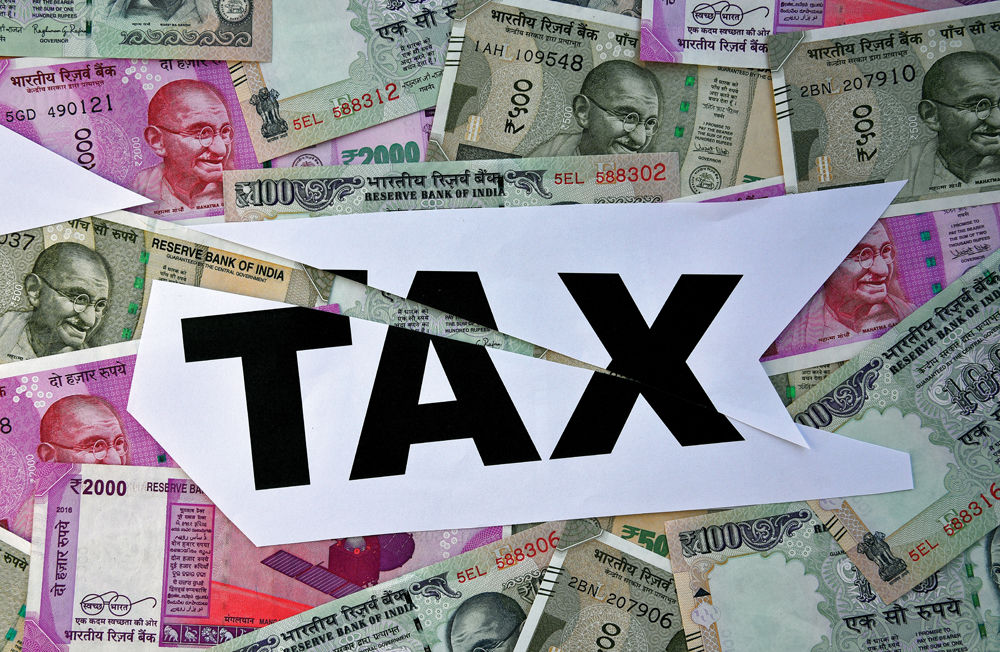 To say capital is the lifeblood of a business is to say water is wet—it’s self-evident. Governments across the world create systems of incentives to unlock domestic pools of capital to fuel businesses, job creation and economic growth. Ease of access to capital and credit is one of the criteria in the Ease of Doing Business rankings released every year. Tax breaks and tax credits for investing in fledgling businesses have become a policy plank for administrations from Cameroon to Cambodia.

Yet, India has taken the counter-intuitive approach by taxing such investments from Indian investors in the form of Section 56(2)(viib) of the Income Tax Act.

Introduced in 2012 by the UPA government, Section 56(2)(viib) applies to any private limited company or start-up that issues shares at a premium to domestic investors if the price at which they were issued is greater than the fair market value. The Section prescribes two methods to ascertain ‘fair market value’: The first uses net asset value, which is the residual value of the company assuming all assets are sold and all liabilities are paid off on a per-share basis. The other is discounted cash flow, a valuation model that discounts future cash flows based on an appropriate rate of return. On top of this, the Section affords discretionary powers to the assessing officer to evaluate if the share premium is merited, based on the business, intellectual property, technology, etcetera. However, it excludes investments from venture capital funds registered with the Securities and Exchange Board of India (SEBI) and foreign sources from its ambit.

Section 56(2)(viib) was introduced to close a loophole in the law through which people could launder unaccounted funds as share capital through shell entities. The impetus for this measure emerged from evidence produced by the Enforcement Directorate showing that the Andhra politician Jagan Mohan Reddy received bribes in the form of high share premium investments into his companies to the tune of Rs 779.5 crore. Subsequently, the 2012 Budget memo included a section on the ‘prevention of generation and circulation of unaccounted funds’, referencing a slew of measures introduced into the Income Tax Act, including Section 56(2)(viib).

Further measures soon supplemented Section 56(2)(viib) to prevent money laundering in this fashion. For instance, the Companies Act was amended to ensure that the identity of the investor is established at the point of issuing shares. Similarly, the Prevention of Money Laundering Act, 2002 was tightened. Yet, Section 56(2)(viib) remained on the statute books and began to be used by tax authorities on an unintended target: start-ups.

The Act in Action

In the words of Mike Tyson, “No plan survives a punch to the face.” Any entrepreneur will attest to this if you ask them whether their business is proceeding as planned. By tying valuations to business plans and taxing any deviation from the plans, Section 56(2)(viib) sounds the death knell for the start-up ecosystem. In the words of Aswath Damodaran, professor at New York University’s Stern School of Business and an internationally renowned valuation expert, valuations are especially difficult due to the ‘absence of operating history’ and the fact that most startups ‘do not make it through these early stages to success’. Because start-ups are nascent by nature, it is imperative that they establish a product-market fit, which is only possible through frequent pivots. As a result, the typical start-up’s business plans are fluid. Not meeting stated numbers is a commercial risk—it draws the ire of shareholders and investors, but subjecting it to taxation is ludicrous.

The tax department issued notices and subsequent assessment orders under Section 56(2)(viib) to over 2,000 start-ups as per a survey conducted by LocalCircles and Indian Private Equity and Venture Capital Association last month. A closer look at these cases reveals a consistent pattern in their approach. The assessing officer first requests the valuation report based on which the start-up raised funds, and then compares the projections to the actual performance. If any deviations are discovered, the valuation report is rejected and the entire amount raised is taxed as income. Taxing capital receipts as income is absurd as it contravenes the very nature of income tax. Capital receipts like investments are invested into assets, people, technology, products, etcetera, which in turn generate income and profits that are liable to tax. It cripples the confidence of the entrepreneur as they know that their business is at the mercy of arbitrary and subjective powers of tax authorities who can, at will, tax their investments as income.

Not an Angel Tax, but an India Tax

It is about time that we started calling Section 56(2)(viib) what it is: not an ‘angel tax’ but an India Tax.

This Section does not affect only angel investors such as entrepreneurs, chief executives, friends and family who sign the first cheque into a startup. It can be applied to an investment from the Life Insurance Corporation, State Bank of India, Infosys, government institutions like Small Industries Development Bank of India and any other domestic source which is not a SEBI-registered VC fund. In doing so, the tax department assumes that everyone outside of a SEBI-registered fund has unaccounted money that should be taxed when invested into an Indian start-up, even in the absence of any evidence. This is frightening, because it will cripple the third largest start-up ecosystem in the world—one that already suffers from the lack of domestic capital participation.

As per the State of the Indian Startup Ecosystem report released by Inc 42, there are 39,000 active start-ups in India which have created $130 billion of value and raised over $38.5 billion of funding from January 2014 to September 2018. This rosy picture belies a rather dark tragedy: that only 10 per cent of this money comes from domestic sources. Make no mistake, a majority of the owners of India’s start-ups and digital businesses are foreign investors, not Indians themselves.

Section 56(2)(viib)—this India tax—has actively contributed to this state of affairs. The impact of this tax on start-ups is evident from the graphs in the slideshow above.

The Price of Premium

This ridiculous notion of attacking share premium needs to be done away with. No other country conflates share premium with unaccounted funds.

Share premium is the outcome of the mathematics underpinning valuation, not the cause of high valuations. The issue price of any security is a function of the enterprise valuation ascribed to it by investors and the number of securities that the company has issued prior to this round of funding

Thus a small share base and low face value can result in a ‘high’ share premium due to the method of determining the issue price and in no way can reflect the true value of the company, the existence of black money, or any of the other stated reasons for this existing in the statute books.

Governments around the world are galvanising domestic pools of capital by offering incentives and tax breaks to angel investors through a variety of schemes: the UK’s Seed Enterprise Investment Scheme; the US’ Section 1202; and Singapore’s Angel Investment Tax Deduction Scheme.

In contrast, most Indian investors have to resign themselves to the fact that there will be no incentives to continue making angel investments in India. All India has given its angel investors is Section 54GB of the Income Tax Act, 1961, which provides a tax break of Rs 50 lakh for angel investments, subject to the following conditions:

Unfortunately, the recent measures announced by the Department for Promotion of Industry and Internal Trade (previously the Department of Industrial Policy and Promotion) on January 24th, 2019, did not address the core issues at play in this calamity. The new measures state that up to Rs 10 crore of investments from domestic sources can be excluded, provided they were from individuals who had incomes above Rs 50 lakh and a net-worth above Rs 2 crore. However, this leaves companies which have already received assessment orders in the lurch, and does little to heal the existing wounds in the aggrieved start-up ecosystem.

A Solution at Last

Any solution to this problem must move away from the practice of taxing share premium and choose instead to place the lens squarely on the source of funds. Moreover, any future measure to improve domestic capital participation through angel investments must ensure the following:

– That genuine start-ups who raise money are not harassed by tax authorities
– That domestic investors are incentivised or treated on a par with foreign investors
– That a system of checks and balances is in force to prevent unaccounted funds from being laundered through start-ups.

iSPIRT, which has been at the forefront of this issue for the past few years, has advocated the following solutions:

1. Place a blanket exemption threshold of Rs 10 crore per annum or Rs 25 crore over the lifetime of a start-up for any money raised from domestic investors, as long as the money comes via normal banking channels and the investor’s PAN is provided.

4. Institute a reporting framework wherein investors’ details are always recorded so that the tax department can verify the source of funds of the investor using their repository of previous tax returns filed.

5. Remove the current need for valuation reports and “high” share premium, which have evidently failed to achieve their stated purpose.

6. Permit any start-up who has received an order to seek recourse under the new measures and extricate themselves from the ramose system of tax litigation and appeals.

Anti-abuse measures like Section 56(2)(viib) should be used only for their intended purposes and should not become a tool to harass genuine companies. The recent spate of notices and measures by the department have crippled investor and entrepreneur confidence alike. Before the Model Code of Conduct comes in for the upcoming elections, these issues need to be addressed.

While Startup India has done wonders in a short span, its singular point of failure has been its failure to address this devilish relic of the previous administration.

In one of his speeches before the launch of Startup India on January 16th, 2016, Prime Minister Modi said, “Hindustan mein koi aisa zilana ho, aisa block na ho jahan koi start-up na shuru ho. Startup India, Stand Up India” (No corner of India should be without a start-up).

But what can entrepreneurs do when their single largest blocker is this single tax?

Siddarth M Pai
The author is a Founding Partner at 3one4 Capital, an early-stage venture capital firm based in Bengaluru