Karnataka ends quarantine for visitors, other states must follow suit 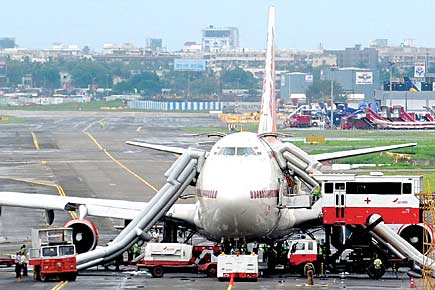 KARNATAKA BECAME THE first state to do away with forced quarantine for those entering the state, signaling free movement of people, goods and services to get the engine of the economy rolling again. Unfortu­nately, not enough states have followed up to make it meaningful. If only one state is open, then de facto the country is closed. Karnataka took its cue from the Centre virtually ordering states to end restrictions. The letter by the Union home secretary to chief secretaries of states didn’t leave any ambiguity: ‘It has, however, been reported that local level restrictions on inter and intra-state movement of persons and goods are impacting supply chains resulting in a disruption in economic activity and employment…Such restrictions at local level imposed by the District Admin­istration or by the State Government amount to violation of the guidelines issued by MHA under the provisions of Disaster Management Act, 2005.’

The Centre’s panic is underpinned by the nosediving of the economy. Years of recession are almost certain and the bare minimum conditions to even attempt to meet it is for the country to behave as an economic whole. Take, for example, Maharashtra, where its gov­ernment has said it is too early to fully remove restrictions for those to enter. Without business travel, Mumbai can’t resume functioning as a commercial capital. What exactly does restriction accomplish now at this stage of the pan­demic? Given that Maharashtra is the most affected state in India with lakhs of cases and it has been in the throes of community transmission, whether anyone wants to use the term or not, for months now, what possible benefit can there be in preventing a handful of cases from entering the state from outside? It makes not even a dent in the overall trajectory of Covid.

Above all, there is the singular question of what is the alternative to fully opening up? At what point does it become okay to not keep people under house arrest for a fortnight every time they cross a state border? Every passing day is coming at a price that will be fully extorted later in terms of livelihoods lost and debt traps. Every sector you can think of—from real estate to auto to microfinance—is being hollowed out from the inside the longer states continue to exist in a state of siege.

You could point to the example of European countries, like Italy and Spain, where there is a second wave after opening up. But the deaths and severity of infections there are a fraction of what the first wave brought.

Opening up has come at a low cost that must be borne. Recently, German Chancellor Angela Merkel warned Europe to keep borders open. She was quoted in Bloomberg: ‘Politically, we want to avoid closing borders again at any cost, but that assumes that we act in coordination.’ There is no winning this war by holding out forever against the enemy. Your own guns are just being trained against you.