The Road to Redemption

There is only one way to build the future 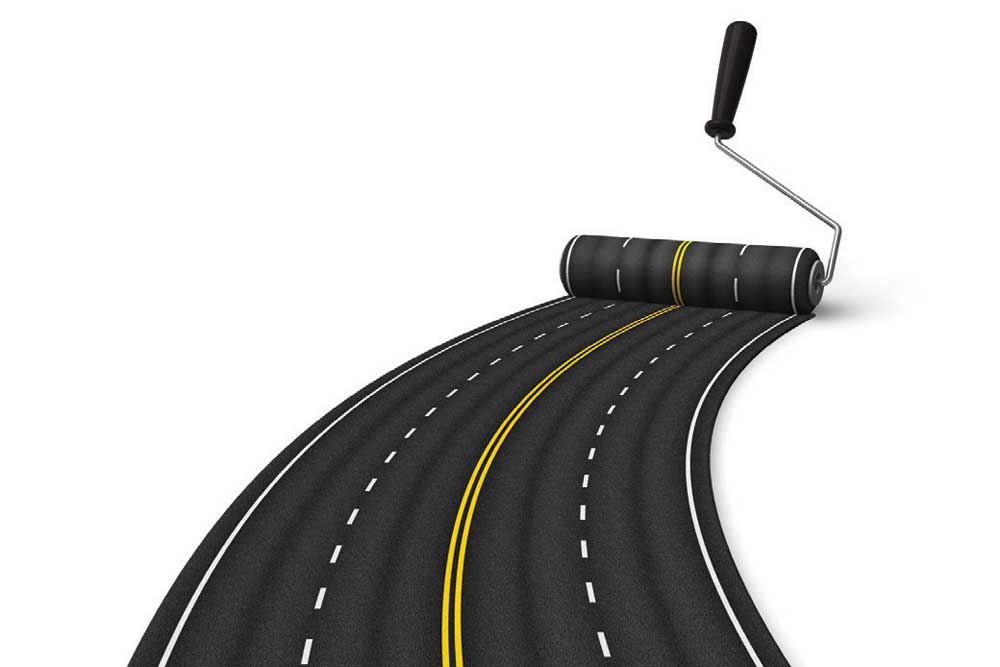 I SUSPECT THE EXPRESSION ‘Yellow Brick Road’ will remind most people today of various songs, rather than the Oz novels. The Seventh Schedule has three lists—Union, Concurrent and State. Entry 23 in the Union List says, ‘Highways declared by or under law made by Parliament to be national highways.’ Entry 13 in the State List states, ‘Communications, that is to say, roads, bridges, ferries, and other means of communication not specified in List I…’ At the Union Government level, there is a Ministry of Road Transport and Highways. But one should remember there are several kinds of roads: National Highways, State Highways, other Public Works Department (PWD) roads (like District Roads), rural roads (built by panchayats or under the Jawahar Rozgar Yojana or Pradhan Mantri Gram Sadak Yojana or PMGSY), urban roads (built by local bodies and municipalities) and project roads (like those built by Border Roads Organisation). Therefore, when one sees a figure on road construction, one should check what it covers. All too often, we are obsessed with National Highways. These highways account for only around 1.8 per cent of India’s road length. More than 70 per cent of roads are rural roads. Depending on your favourite Oz novel, there was more than one Yellow Brick Road. Depending on your favourite Oz novel again, the Yellow Brick Road was often in a state of disrepair.

There is a hierarchy of roads. An Imperial Gazetteer was authored in the first part of the 20th century: in 1908 to be precise. This said, ‘With the constitution of a suitable organization to look after the business of road-building and maintenance, a methodical classification of existing and future roads became necessary, and all roads are now classed as follows:– Class I. Metalled. (a) With bridges or ferries, and drained throughout. (b) Partially bridged and drained. Class II. Unmetalled. (a) With bridges or ferries, and drained throughout. (b) Partially bridged and drained. Class III. Banked and surfaced, but not drained. Class IV. Banked, but not surfaced: partially bridged and drained. Class V. Cleared, and partially bridged and drained. Class VI. Cleared only. Most of the Class I (a) roads, and some of the others, have avenues of trees planted along them; and although it is no longer necessary to build chaukidari huts on the main routes, it is usual to provide rest-houses and sarais for travellers along all roads on which the amount of traffic justifies the expenditure.’ Our present classifications draw on those little bits of history. In 1927-28, there was an Indian Road Development Committee, chaired by MR Jayakar. The Jayakar Committee’s recommendations led to the setting up (in 1934) of the Indian Roads Congress (IRC), the apex body of highways engineers. In 1943, a conference of the chief engineers of all the states was held in Nagpur and this led to the Nagpur Plan for road development between 1943 and 1963. The Jayakar Committee had implicitly thought of a multi-layered network of roads, main roads and feeder roads. The Nagpur Plan endorsed this and made the implicit classification explicit: a) National Highways; b) State Highways; c) major district roads; d) minor district roads; and e) village roads. This is what we still follow.

In February 2014, the then Minister of State in the Ministry of Road Transport and Highways informed the Rajya Sabha that, following the recommendations of the then Planning Commission, there was an 11-point criteria list for converting State Highways into National Highways: ‘(1) Roads which run through the length and breadth of the country; (2) Roads connecting adjacent countries; (3) Roads connecting the national capital with state capitals and roads connecting mutually the state capitals; (4) Roads connecting major ports, non-major ports, large industrial centres or tourist centres; (5) Roads meeting very important strategic requirement in hilly and isolated areas; (6) Arterial roads which enable sizeable reduction in travel distance and achieve substantial economic growth thereby; (7) Roads which help opening up large tracts of backward area and hilly regions (other than strategically important ones); (8) National Highways grid of 100 km is achieved; (9) The road must be up to the standard laid down for State Highways (SHs)—both in its technical requirements as well as the land requirements. The existing roads [SH, Major District Roads (MDRs) and other roads], which are important in terms of various criteria stipulated herein, will be considered for upgrading to NH standards. It will, however, be ensured that the roads being upgraded generally satisfy the standards laid down for SH but MDR and other roads required to be upgraded to form grid and connect important/backward areas will also be considered; (10) The existing right of way (ROW) should be the property of the state government and must be generally free any type of encroachments; (11) The right of way required for the National Highways (preferably 45m, minimum 30m) must be available for acquiring, free of encroachments and the state government would complete acquiring formalities within six months. If additional ROW is required for developing the road to NH standards, the state governments would complete the acquisition expeditiously after sanctioning of estimates therefor.’ This may be in the spirit of the Jayakar Committee and the Nagpur Plan. But the criteria leave too much scope for subjectivity. Even single-lane roads have been declared National Highways. There are instances where state governments have unilaterally scrapped tolls on some stretches of National Highways, though under Section 7 of the National Highways Act, the right to impose or not impose tolls vests with the Union Government. I think we should have clear and objective minimum standards before a road is declared a National Highway and there should be no deviations.

If something is under the Union Government’s purview, there are clear dashboards now. In 2017-18, 27 km of National Highways were built every day. In 2013-14, it used to be 12 km per day. Today, the Ministry’s reporting is in terms of length of National Highways in kilometres. That is the metric used to monitor performance. In the interests of transparency, the Ministry should separately report: a) how much of the length has been added because of the conversion of State Highways; b) the break-up into two-lanes, four- lanes and six-lanes; and c), as with the Railways, report not just km length, but lane km length. For PMGSY, the average speed of road construction has increased from 69 km per day in 2013-14 to 134 km per day in 2017-18. More and more habitations are being connected through PMGSY and there is an app known as Meri Sadak that asks citizens for feedback on road quality and redresses their grievances. I needn’t give such figures. They are freely available on the internet.

As with other forms of transport, road construction brings multiplier benefits and has intangible gains that aren’t always economic. Why can’t we build roads faster? The reasons are known—land acquisition, resettlement, forest clearances (cutting trees), shifting utilities, multiplicity of clearances, financing construction, and maintenance, time and cost over-runs, judicial intervention, lack of project management and execution skills, and so on. Any civilisation and economy that has done well, built roads. We now have a focus on building roads and some roads are being built faster than others. When we travel through India, the difference is palpable. Connectivity changes lives. As a generalisation, National Highways are better, and so are rural roads. The link roads between the two could do with improvement, though.