Can we keep Railway finances clear and sensible? 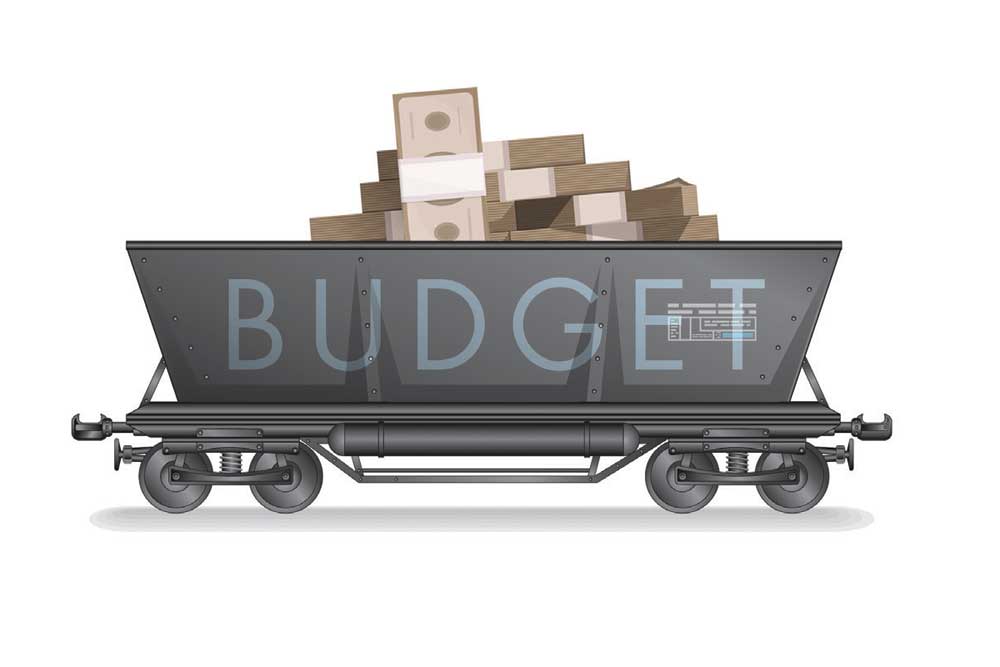 IN THE LAST column, I mentioned how the Acworth Committee was set up. The Legislative Assembly of the Government of India considered the recommendations of the Acworth Committee in 1924. Most people only quote a particular section from the Acworth Committee Report. The Nehru Memorial Museum and Library (NMML) is probably one of the rare places where all volumes of the Acworth Committee Report are available. In this set, a specific section has been marked out in pencil. Subconsciously, everyone probably feels the urge to quote this. ‘We do not think that the Indian railways can be modernized, improved and enlarged, so us to give to India the service of which it is in crying need at the moment, nor that the railways can yield to the Indian public the financial return which they are entitled to expect from so valuable a property, until the whole financial methods are radically reformed. And the essence of this reform is contained in two things: (1) the complete separation of the Railway Budget from the general Budget of the country, and its reconstruction in a form which frees a great commercial business from the trammels of a system which assumes that the concern goes out of business on each 1st of March and recommences de novo on the 1st of April; and (2) the emancipation of the railway management from the control of the Finance Department.’

While that’s fine, the Acworth Committee itself said it had 24 unanimous recommendations and another 26 divergent or supplementary recommendations. For example: ‘We suggest that there should be a less rigid regard than hitherto to the claims of seniority.’ Or, adherence to commercial accounting principles. The separate Railway Budget recommendation was possibly the only recommendation of the Committee that got implemented. A financial commissioner for the Railways was appointed in 1923. Then, through the Separation Convention of 1924, Railway finances were separated from general finances. People have often justified a separate Railway Budget by invoking the Acworth report. Here are some other recommendations of the Acworth Committee. Note that these weren’t implemented: a) Create a new ‘Department of Communications’ responsible for railways, ports and inland navigation, road transport and posts and telegraph; b) Overhaul accounts and statistics with the assistance of experts familiar with recent practice in other countries; c) Establish Central and Local Railway Advisory Councils to enable the Indian public to have an adequate representation and voice in the management of the Railways; d) Reasonable general increase in Indian rates and fares; e) The establishment of a rates tribunal, to examine reasonableness of rates and facilities.

In 2012-13, as Railway Minister, Dinesh Trivedi gave us an interesting titbit of information in the Railway Budget speech: “Madam Speaker, in the last eight months of my working as Railway Minister, I have received as many as 5,741 requests. These include 476 requests for projects of new lines; doubling and gauge conversion or expediting their completion; 273 requests for construction of [road over and under bridges]; 41 for electrification; 48 for setting of manufacturing facilities; 646 requests for new trains; 303 for extension of trains; 214 for increasing the frequency of trains; another 811 for train stoppages; and about 3,000 requests for miscellaneous areas such as transfers and postings of railway employees and passenger amenities, etcetera.” This is what a separate Railway Budget ensured. It led to politicisation of issues connected with the Railways. The Budget presentation was widely followed, discussed and debated by the media, analysts and critics, as well as the public. Because of this visible national attention, the Railway Budget started becoming more a political platform to project a ‘populist’, ‘pro common-man’ image of the Government of the day, rather than as a tool to address fundamental concerns. The Railways kept bearing financially unviable pressures from public representatives such as Members of Parliament—new train routes, increasing stops of existing trains, granting sops, resistance to increasing fares, and so on. In 2001, there was a Rakesh Mohan Committee that suggested reforms for the Railways. This said, ‘A key milestone of great symbolic value is abolishing the Railway Budget. If action on legal framework and corporatization is initiated immediately, the Railway Budget could be abolished by 2002. This will be a potent symbol of the changing reality and will help set the stage for creating a modern rail system to meet the needs of a modern India.’

Think of the contents of a Railway Budget and speech. While there was no standard format or template, a Railway Budget generally contained the following: a) Past year’s financial performance (revenue and expenditure accounts); b) Past year’s operational performance (electrification, doubling, freight loading etcetera); c) Budgeted year’s financial estimates and targets (revenue and expenditure accounts); d) Budgeted year’s operational targets (electrification, doubling, freight loading etcetera); e) Passenger and freight tariff announcements; f) New train or new route announcements; g) Policy and strategic initiatives; (h) Investment announcements (new factories etcetera); i) Vision statements; and, j) Strategic targets/ missions. Except for items ‘a’ and ‘c’, technically all other items can be announced through annual reports, outcome statements, vision documents or policy announcements, as is being done by other ministries in the Government. On item ‘e’, as was mentioned earlier, the Railway Act 1989 empowers the Government to decide on tariff matters and it does not need Parliament’s approval for this. Items ‘a’ and ‘c’ are anyway included in the Union Budget as part of the Annual Financial Statement. This is the background against which a decision to scrap the Railway Budget was taken in 2016. ‘Railway Budget scrapped’ is how the media had described that move. That is slightly misleading. All that has happened is that there is no separate budget for the Railways. Every organisation has a budget and so does the Railways. All that has happened is that this budget has been clubbed with the Union Budget. As has been mentioned, this does not bar the Railways from parting with information to the public. (More on this later.)

Two additional points should be mentioned. First, before this, the Indian Railways was the only entity within the Government proper that paid for its wages, pensions and working expenses entirely on its own. Second, it also fully bore the costs of fulfilling its social and public service obligations (such as running unprofitable routes, providing subsidies to various classes of passengers), unlike other ministries which have evolved a subsidy-sharing relationship with the Union Government. The Government does provide Gross Budgetary Support to the Railways for meeting its capital investment needs, but at the same time it takes a way a portion of its resources in the form of dividend payments. Indeed, the term ‘dividends’ is a bit of a misnomer, since these payments actually represent repayment of interest on debt extended by the Government to Indian Railways, the principal never being extinguished. What are social costs? Several railway ministers have expressed concern that the ‘social service’ orientation of the passenger transport business impacts the Railways’ flexibility to operate on commercial principles. It divides its social cost obligations into four categories: essential commodities at lower than proper freight cost, low fares and other passenger concessions, uneconomic branch lines, and new lines not yet profitable. Of these, which would you agree should be included as a social cost? Shouldn’t the Railways be free to determine the first and second, shorn of political considerations? Shouldn’t social costs be only the third and fourth? The answers aren’t easy. They take us to questions of reforming the railways. Moving from the past to the present, we will take up the issue of railway reforms in the next column.