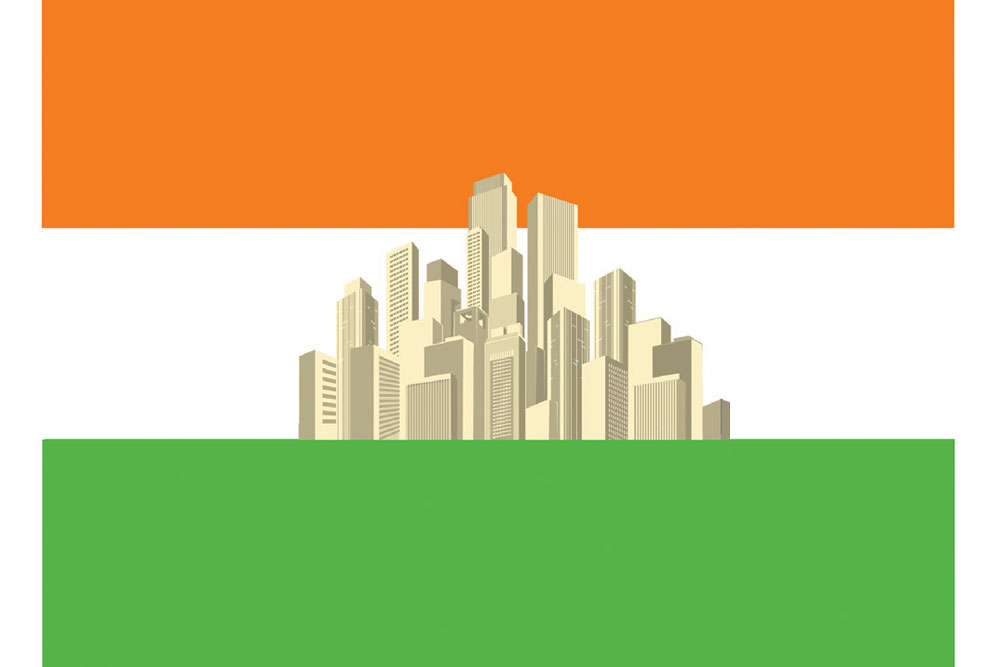 IN THE PAST, I have talked about problems with the Census definition of urbanisation. There is no need to revisit that. Everywhere in the world, urbanisation is correlated with economic development. As India develops, India will urbanise, more and more. In 2019, data from Census 2011 are already dated. Nevertheless, for something like urbanisation, that’s the best we have. According to Census 2011, 31 per cent of India’s population lives in urban areas. That’s still low by cross-country standards. In East Asia, depending on the country, par for the course will be 50 per cent. In Latin America, it will be 75 per cent. Thirty- one per cent of the population amounts to 377 million. Here is a quote from a 2014 UN Report: ‘Between 2014 and 2050, the urban areas are expected to grow by 404 million people in India.’ In 2014, the base urban population in India was 410 million, not 377 million. Hence, in 2050, we are talking about 814 million urban Indians. A megacity is one with a population of more than 10 million. From that same report, ‘Four of India’s cities namely Ahmedabad, Bangalore, Chennai, and Hyderabad with currently 5 to 10 million inhabitants are projected to become megacities in the coming years, for a total of seven megacities projected in the country by 2030.’ Think of the population in our urban agglomerations in 2030: 36 million in Delhi, 28 million in Mumbai, 19 million in Kolkata, 15 million in Bengaluru, 14 million in Chennai, 13 million in Hyderabad, 11 million in Ahmedabad, 9 million in Surat, 8 million in Pune. So that you have a benchmark for comparison, let me give you the 2011 Census figures of population in these urban agglomerations: Delhi, 16 million; Mumbai, 18 million; Kolkata, 14 million; Bengaluru, 8 million; Chennai, 9 million; Hyderabad, 8 million; Ahmedabad, 6 million; Surat, 5 million; and Pune, 5 million. This is the kind of explosion in numbers we need to plan for.

There is an impression India has been urbanising fairly fast in the last decade or so. Purely statistically, that’s not quite true. Indeed, between the two Censuses of 2001 and 2011, India added more people to urban areas than to rural areas. But the annual exponential rate of growth between these two years was 2.76 per cent. The rates were far higher (in excess of 3.5 per cent) in 1950s or 1970s and in excess of 3 per cent in 1980s. It is just that rates of urbanisation slowed in 1990s, but picked up between 2001 and 2011. Understandably, there has been variation in rates at which different towns have been growing, masked in that overall 2.76 per cent figure. For instance, between 2001 and 2011, which towns/cities grew at rates exceeding 3 per cent? The answer is Hyderabad, Bengaluru, Ahmedabad, Surat, Indore, Coimbatore, Kochi, Nashik, Vijayawada and Rajkot. Unless you are exceptionally well aware, you might not have guessed this. Another report surfaced recently, by Oxford Economics. It tried to figure out which will be the fastest growing cities in the world between 2019 and 2035, based on GDP (or its counterpart) for those cities. Computing a city’s GDP is easier said than done. Subject to that, this study found that the top 10 fastest growing cities in the world will all be in India. These are Surat, Agra, Bengaluru, Hyderabad, Nagpur, Tirupur, Rajkot, Tiruchirapalli, Chennai and Vijayawada. Ignore caveats about the methodology, the substance of the argument will not change. Again, unless you are exceptionally well aware, you might not have picked these cities. The point is that we need to plan for this kind of growth.

There is a problem in this planning process, a point flagged in the course of Census 2011, in the difference between a statutory town and a census town. A statutory town has a municipality, corporation, cantonment board or notified town area committee. In other words, we know who is responsible for urban governance in that town. A census town has (a) a minimum population of 5,000; (b) at least 75 per cent of the male working population is engaged in non- agricultural pursuits; and (c) the population density is at least 400 per sq km. But because of time lags in decision-making, it hasn’t yet become a statutory town. Stated indelicately, we do not know who is responsible for urban governance in a census town. The number of towns increased from 5,161 in 2001 to 7,935 in 2011. But almost all of this increase (2,532) was because of census towns, not statutory towns. A census town is the kind of agglomeration one witnesses around a statutory town—peri-urban, and even rural. If one has an impression of chaotic urbanisation, this is largely because of this phenomenon. The governance structure is non-existent, or rural. There is also the Seventh Schedule. Water supply, sanitation, city transport, land-use patterns are on the State List.

Urban local bodies (ULBs) lacked finances and capacity. Therefore, in 2005, there was an attempt to incentivise states to introduce urban reforms. This was done through Jawaharlal Nehru National Urban Renewal Mission (JNNURM). There were 23 specific reforms (that list need not be given) that were meant to be addressed. Seventy per cent of JNNURM expenditure was for 65 per cent large or important cities, known as mission cities. JNNURM did increase investments in urban infrastructure, but not as much as was hoped far. Plus, smaller cities got ignored. There were variations among states too. States like Andhra Pradesh, Gujarat, Himachal Pradesh, Karnataka, Kerala, Maharashtra, Tamil Nadu and Telangana introduced a lot of urban reforms, across the different heads. Several states from the North East lagged, and so did a state like Jharkhand. Then came the 14th Finance Commission. Not only did it increase untied devolution to states from 32 per cent to 42 per cent, the 14th Finance Commission also recommended grants (basic grant and performance grant) to ULBs. There were/are separate schemes for urban housing, slum rehabilitation, water supply and sanitation, urban transport and poverty alleviation, but let’s stick to the big picture.

In that big picture, since 2015, one should mention the three mega schemes: Smart Cities Mission, Atal Mission for Rejuvenation and Urban Transformation (AMRUT) and Housing for All. Let’s start with AMRUT and let’s first understand what the ministry says. ‘The Government of India has launched… AMRUT with the aim of providing basic civic amenities like water supply, sewerage, urban transport, parks as to improve the quality of life for all especially the poor and the disadvantaged.… The purpose of ‘AMRUT’ mission is to (i) ensure that every household has access to a tap with assured supply of water and a sewerage connection (ii) increase the amenity value of cities by developing greenery and well maintained open spaces e.g. parks and (iii) reduce pollution by switching to public transport or constructing facilities for non-motorized transport e.g. walking and cycling…. The Mission covers 500 cities that includes all cities and towns with a population of over one lakh with notified Municipalities…. Total outlay for AMRUT is Rs 50,000 crores for five years from FY 2015-16 to FY 2019-20 and the Mission and is being operated as Central Sponsored Scheme. The project fund is divided among States/UTs in an equitable formula in which 50:50 weightage is being given to the urban population of each State/UT and number of statutory towns.’ So the success depends quite a bit on the states. We will continue in the next column.