The unifying power of public-private partnership 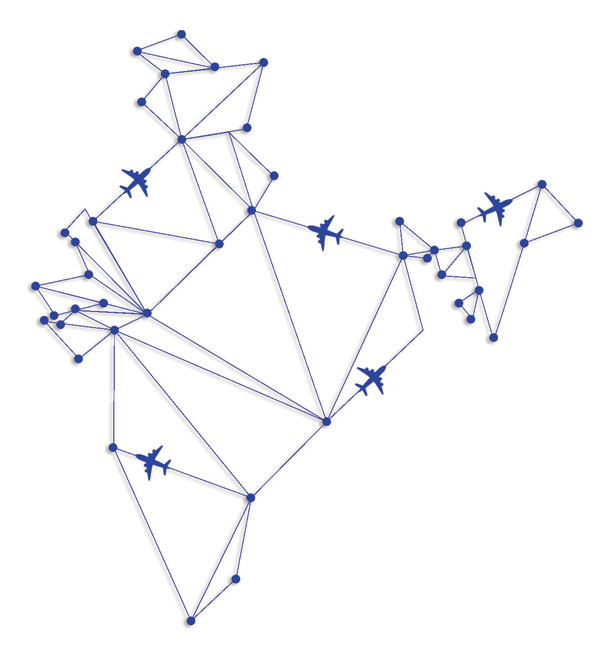 LET ME BEGIN on a personal note. I was born in Shillong and spent the first 10 years of my life there. Shillong is therefore indelibly stamped not just on my memories, but on all forms of identity that mention place of birth, such as a passport. Until a couple of decades ago, I often had to explain to people where Shillong was. In all seriousness, I have met people who confused it with Sri Lanka. Thankfully, I don’t have to explain to people where Shillong is anymore. The northeastern parts of the country have become mainstream, though many Indians may find it difficult to name all the states there and their capitals. I have to go to Shillong soon and considered taking a flight. Yes, there is an airport in Shillong now. (Strictly speaking, it is in Umroi, 30 km from Shillong proper. It can take ATR aircraft, but the runway is being lengthened for Boeing and Airbus planes.) I decided against the flight, because the options are sensible if one is flying from Kolkata, not from Delhi. (Yes, air fares to Shillong and the Northeast are somewhat bizarre, but that’s a separate story.) However, in principle, there is a flight option. Therefore, I will do what people have always done to access Shillong: travel via Guwahati.

The distance from Shillong to Guwahati is just over 100 km. Instead of travelling by road, you can opt for a helicopter service too. But that’s a bit erratic, because the weather is unpredictable. Unless you are travelling on a Meghalaya Transport Corporation bus—and I haven’t seen too many people do that—the road trip will take you around three hours. It is a four-lane national highway, for the most part, except a stretch around Nongpoh. There will also be issues with the road and traffic on the outskirts of Shillong. That apart, you will breeze through. To me, Nongpoh is a powerful image of effects of better transport connectivity. It is just about midway between Shillong and Guwahati, marginally closer to Guwahati than to Shillong. You have to cast your mind back to what it used to be like before the road was widened. With two lanes, there were fixed time slots for travelling from Shillong to Guwahati and the other way around. Effectively, this meant travel was one-way. The traffic from Shillong to Guwahati arrived and queued up in Nongpoh, almost like a convoy. Ditto for vehicles from Guwahati to Shillong. The convoys crossed each other in Nongpoh. Since they waited there, for all the vehicles to arrive on either side, Nongpoh was a hive of activity, with assorted shopkeepers selling their wares. With that system gone, Nongpoh is a pale shadow of its former self. Sellers are fewer, buyers rarer still. Many years ago, in one of our inter-state studies, Laveesh Bhandari and I found a buzz of economic activity at state borders, thanks to inter-state check-posts. With the Goods and Services Tax, check-posts have gone and those parts will also show a decline, just as Nongpoh did. At that time, there was a famous U-curve near Nongpoh. It was so long that you could see vehicles coming up (or down depending on where you were) for kilometres. Almost no one remembers that now. With the widening and new stretches of roads, that famous U-curve no longer exists. It has simply vanished.

I have digressed. I can take a flight to Shillong and to countless other places. The Ministry of Civil Aviation has just brought out a document titled ‘100 Airports for New India’. That’s because 2018 represents a threshold, with 100 airports being operationalised. This is part of UDAN (Ude Desh ka Aam Naagrik) and the Regional Connectivity Scheme. Since everyone knows about this, I don’t need to burden you with numbers and details. However, I do want to quote a bit from the October 2016 document. ‘The Ministry of Civil Aviation, Government of India released the National Civil Aviation Policy 2016. One of the objectives of NCAP 2016 is to ‘enhance regional connectivity through fiscal support and infrastructure development’. As per an ICAO study —‘Economic benefits of civil aviation: ripples of prosperity’, the output and employment multipliers of aviation are 3.25 and 6.10 respectively. This implies that every 100 Rupees spent on air transport contributes to 325 Rupees worth of benefits, and every 100 direct jobs in air transport result in 610 jobs in the economy as a whole. In fact, the study attributes over 4.5% of the global Gross Domestic Product (GDP) to civil air transport. As the Indian economy grows, consumption-led growth in populated metros is expected to spill over to hinterland areas. This is also expected to be on account of factors of production (land, labour, etc.) becoming costlier in the densely populated metro cities. In this scenario, air connectivity can provide required impetus to the economic growth of regional centres (towns /cities). In this context, one of the key objectives of NCAP 2016 is to ‘establish an integrated eco-system which will lead to significant growth of civil aviation sector, which in turn would promote tourism, increase employment and lead to a balanced regional growth’.’

On that personal note, in my childhood days, taking a flight meant going to Guwahati and taking a flight from there. In those days, taking a flight meant Indian Airlines and my memories of aircraft are of Vickers Viscounts and Fokker Friendships. My parents have told me they travelled with me on Douglas Dakotas too, but I don’t remember that. Liberalisation and competition dented that monopoly and the civil aviation sector got transformed. Low-cost airlines transformed it yet again. People who didn’t fly earlier started to fly. That much is obvious and doesn’t need to be restated. The broader point I want to make isn’t about 100 airports or civil aviation. Notice in that quote the use of the word ‘hinterland’. Etymologically, this means the ‘land behind’. Therefore, hinterland is a remote region, distant from urban areas, distant from rivers, distant from the coast. Stated differently, it is the hinterland because it lacks transport connectivity, not just civil aviation connectivity, but all forms of transport connectivity. Meghalaya has a railway station now, in Mendipathar. Earlier, the only railway connection was through Guwahati. Before a bridge was constructed over the Brahmaputra, one stretch of the railway connection was in Pandu, the other in Amingaon and you crossed the Brahmaputra by ferry.

Post-Independence and the resultant dislocation, there is a fascinating account of how Assam was linked through what was called the Assam Link project, though I suspect few remember that now. Let me quote from Economic Weekly (April 18th, 1953) to illustrate how important the Assam Rail Link project was: ‘Of the engineering projects completed during the post-war period, none has been so remarkable as the Assam Rail Link. Its completion in record time provided the vital link between Assam and the rest of India which was suddenly snapped by the partition… After a rapid reconnaissance it was decided to link up the existing metre gauge systems of the Oudh and Tirhut Railway and isolated parts of the Assam Railway (both now part of North Eastern). The proposed railway was to connect Kishengunj on the OTR with Amingaon in Assam. During a period of less than two years, despite adverse weather and health conditions, a 142 mile long link was completed. It was opened to through goods traffic on December 9, 1949 and to passenger traffic on January 26, 1950, the Republic Day.’ Perhaps I should also quote from N Gopalaswami Ayyangar’s Railway Budget speech of February 21st, 1950: “The economic life of these areas came to depend on the goodwill of the Pakistan Government in continuing the free use of transit facilities through East Bengal. This was a risk which, the Government decided, should not be allowed to remain for long. The Assam through rail link was, therefore, planned in the year 1947 and work commenced thereon in 1948. It was anticipated that under optimum conditions, the project would be completed by the 1st of April 1950, but as a result of the uncommon energy and skill displayed by our railwaymen, both engineers and other workers, in difficult and unhealthy terrain, the line was completed and opened to goods traffic on the 9th December, 1949 and to passenger traffic on the 26th January, 1950.”

This too is about ensuring hinterland connectivity. Whose responsibility is it to ensure this? Large segments of the provision of transport infrastructure are characterised by what economists call ‘market failure’. The infrastructure has to be provided by the Government. Even if the private sector can step in, the costs of private capital will be higher and projects cannot be financed unless there is a clear revenue model, which can only happen when there is scope for real estate development. With that infrastructure in place, transport services can certainly be offered by the private sector, with regulation set by the Government. The multiplier benefits of ensuring transport connectivity are often impossible to quantify.