Politics, in Trumpology, is power in first person 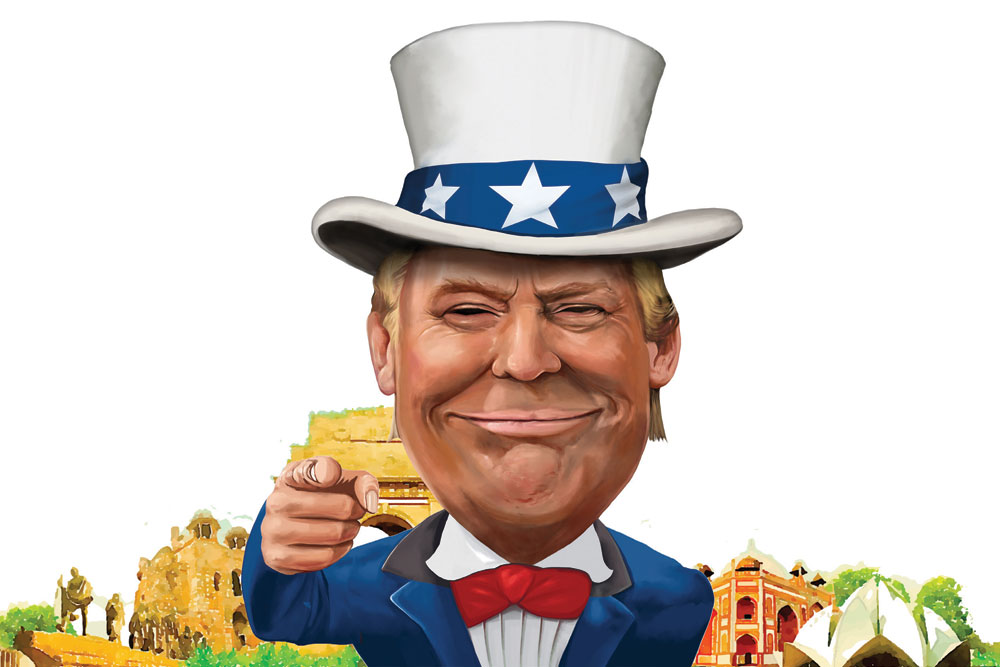 
President Donald Trump is coming to India, and it is the idea of the man as subversive power that will make the visit a spectacle. On every American president the world builds a story, and more than ideology, it is biography that powers this story. Before Trump, in 2008, the most shared adjective to describe the Obama moment was ‘historic’. Then, it was the launch of the post-racial President of reconciliation and redemption, and, then too, it was biology that added to the aura. We were amazed by the resourcefulness, and the corrective morality, of American democracy, and as Candidate, Obama, as aphorist and poet and a lanky prophet, thrilled a nation; and as President, he was a pair of safe hands that preferred prose to poetry.

Biology sheltered him. It was forgiving. Eight years later, when Trump happened, well, it was biology that gave us the story, very American certainly, but it carried within it a bit of Brexit—then just a few months old—and the whiff of other digressive tales from exhausted democracies and calcified ideologies in the Western world. As if Donald Trump was inevitable.

There was a difference, and an overwhelming paradox. Trump still stood out in the populist lore, in the backlash of the middle earth. First, the man. He was the billionaire performer who honed his communication skills through reality television. He is still the President of the television age, and, it may seem he’s playing the part without a script. That’s a deception perfected by someone who realises the worth of the self-image multiplied by the media, old and new, in the political arena. The image, the performer knows, is sustained by kitsch, which is the aesthetics of me-alone politics everywhere. Let the beltway Brahmins rage against the crime against democracy, here is someone who tweets to the world every other second the subversive possibilities of the American Dream. And the thrill he enjoys may look offensive to those who put decencies above the ruthlessness of the performer-pragmatist. Politics, in Trumpology, is power in first person.

Strip off the spectacular, and Trumpism reveals its sociology. It is born of a failure, a massive letdown. He is a Republican who is not shaped by the Republican Party. He was a Democrat who found the party uninhabitable. In the end, he made a deal with the party that would sway to his tune, however discordant it may be. When he promised to make America great again, he was talking to Americans who felt betrayed by the Left and the Right. It took a plutocrat to gain access to the Americans who lived outside the American Dream. They didn’t live in a great country; greatness was there only for the entitled and the Dream Thieves. He understood their resentment, unlike the socialists who were programmed to understand it. The nativism of America for American’s sake was balanced by the relish with which he campaigned for the wealthy. America’s plutocrat was cheered by its proletariat too. In the subversive history of 21st century populism, the Trump story, even while it fed on the anxieties of the Americans First, developed its own version of idealism, which cannot be sustained without a sense of adventurism—a Suleimani for example. Aficionados of Americanism may call it moral responsibility of the free world.

Is there something that connects the guest and the host? Lazy comparative studies in politics put Prime Minister Modi in the company of Putin and Erdogan. Both of them lack the legitimacy of democracy that Modi enjoys. Trump, too, is not Modi. In domestic popularity and the size of mandate, Trump is far behind the Indian Prime Minister. The flamboyance of the American borders on the vulgar; the Indian, though a believer in grand gestures, maintains a cultivated aloofness even when those who chant his name turn violent or vulgar. Both are their own media managers, and perpetual rewriters of their own mythologies.

The American plays with facts, rebuts, rejects, mocks, attacks…He is the lone defender of the idea of Trump as the liberal media and aesthetically offended Conservative columnists spend so many words to save America from Trump. Modi, as his own messenger, is more platitudinous than provocative, informative than intimidating. What they share is a loss of faith in the fairness of traditional media. They feel they are being put on trial by a moral minority, for the crime of being what they are: the idyll breakers. The sense of being permanently persecuted, in spite of the popular mandate, adds to their victimhood, which in turn makes the base rise in defence of the leader. Both love the theatre of democracy—and playing the big role. They are also aware: the liberals have lost the appetite for power, and their struggle has become sanctimonious. Sanctimony or the division of people into wretched identities does not win power. For both Modi and Trump, power alone redeems politics. And both have their own distinctive ways of making the best use of adversity. They are lone warriors, one reckless, the other stoic, and both the choreographers of their tandav.

Trump comes to India where politics as usual has been disrupted. This is that moment in the political life of India—or for that matter America—when the national conversation swirls around one man. This India has replaced old pieties of the secular state with new ones of the nationalist state. And anti-Americanism exists only in the prosody of the Left; civil society has already made it redundant. Tutored in Sovietology, the official establishment took a while to discard the ism, and the pragmatism of Modi’s internationalism helped. Once, Bill Clinton had to suffer an Indian presidential speech of veiled anti-imperialism. That India is unlikely to recur.

For the guest and the host, politics is a permanent war. Trump just survived an impeachment that was also a media show trial. Socialists of varying degrees—biologically as well as ideologically—are struggling to become his Democratic opponent. Modi is spared even the pretence of a counter-argument. Some of them are repackaging his argument to sound culturally familiar in Modi’s India. Trump and Modi: The volatility of leadership in two great democracies, and we know, in the exercise of power, who is wiser than the other. November is coming and there is a lot to learn from the best campaigner in power today. 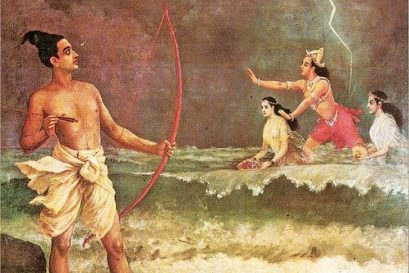 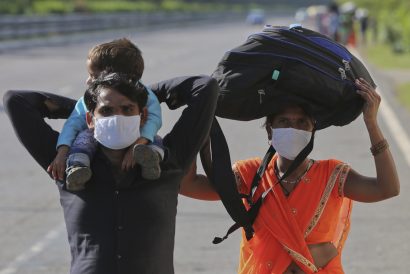 If the battle against Covid-19 were war, humanity would have won by now